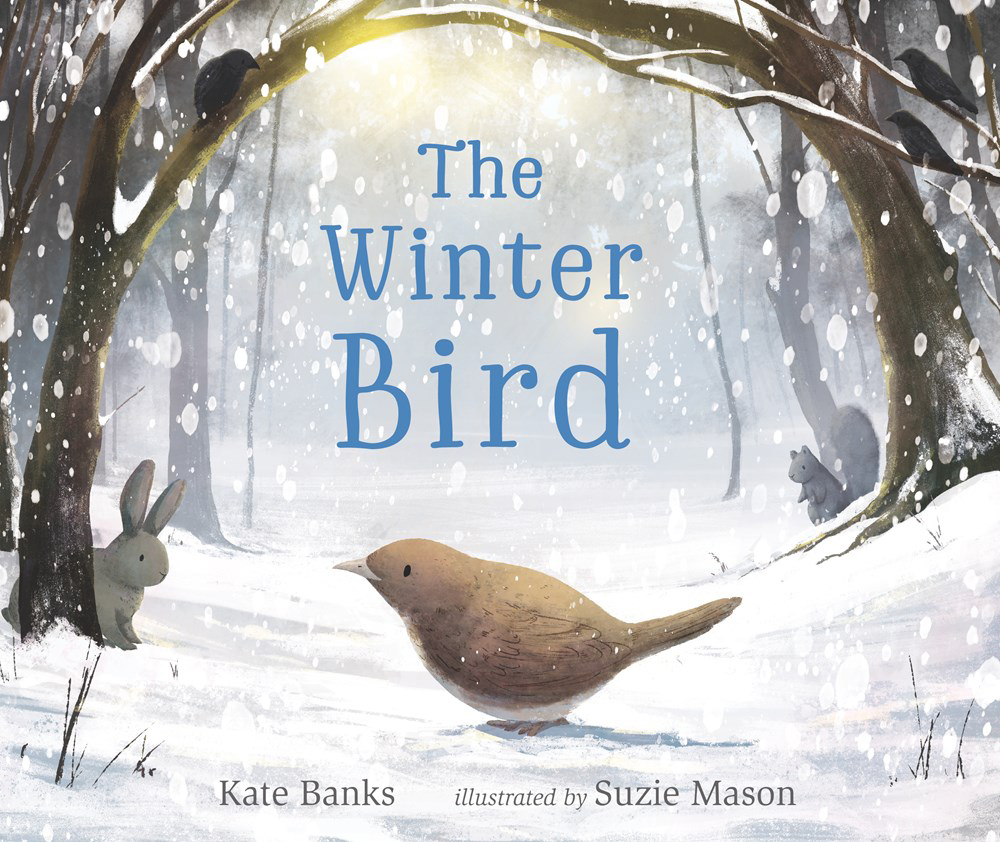 As The Winter Bird opens, author Kate Banks cleverly invites young readers to put their inference skills to work as she describes the change in seasons. “It was the time of year when the sun went to bed early,” she writes. “The big brown bear lumbered off to its winter den. . . . And the birds prepared to fly south.” But a nightingale, a spring bird, remains stranded on the ground by a broken wing. “What will happen to me?” it sings.

A nearby barn owl tells the nightingale that it will have to stay behind and learn the ways of winter. Over the months that follow, the nightingale sees snow for the first time, a rabbit invites the bird to take shelter in its burrow, and squirrels share their food with the bird. Eventually, the nightingale learns how to keep warm on its own and to forage for its own food. It even survives a blizzard with the other creatures, breaking the storm’s “eerie hush” with a song of “summer’s sweetness” and then an ode to “winter’s wonders.”

Banks’ satisfying prose is evocative and filled with figurative language. Cold creeps “in on icy feet,” and the blizzard covers “the world in a shimmering blanket.” Meanwhile, in full-bleed spreads, illustrator Suzie Mason effectively brings winter to the page. Her color palette grows increasingly dark as the season sets in and the animals retreat. In two spreads, she places readers behind the rabbit and nightingale in the rabbit’s burrow, looking out at the falling snow along with the wide-eyed creatures. As spring arrives, Mason punctuates snowy spreads with vivid greens, and by the final spread, green sings from every inch of the pages.

The Winter Bird is an earnest anthropomorphized tale. Its creatures support and encourage one another, forming a kind and tightknit community that transforms the nightingale. As Banks reflects, “It was a spring bird, but it had become a winter bird, too.”