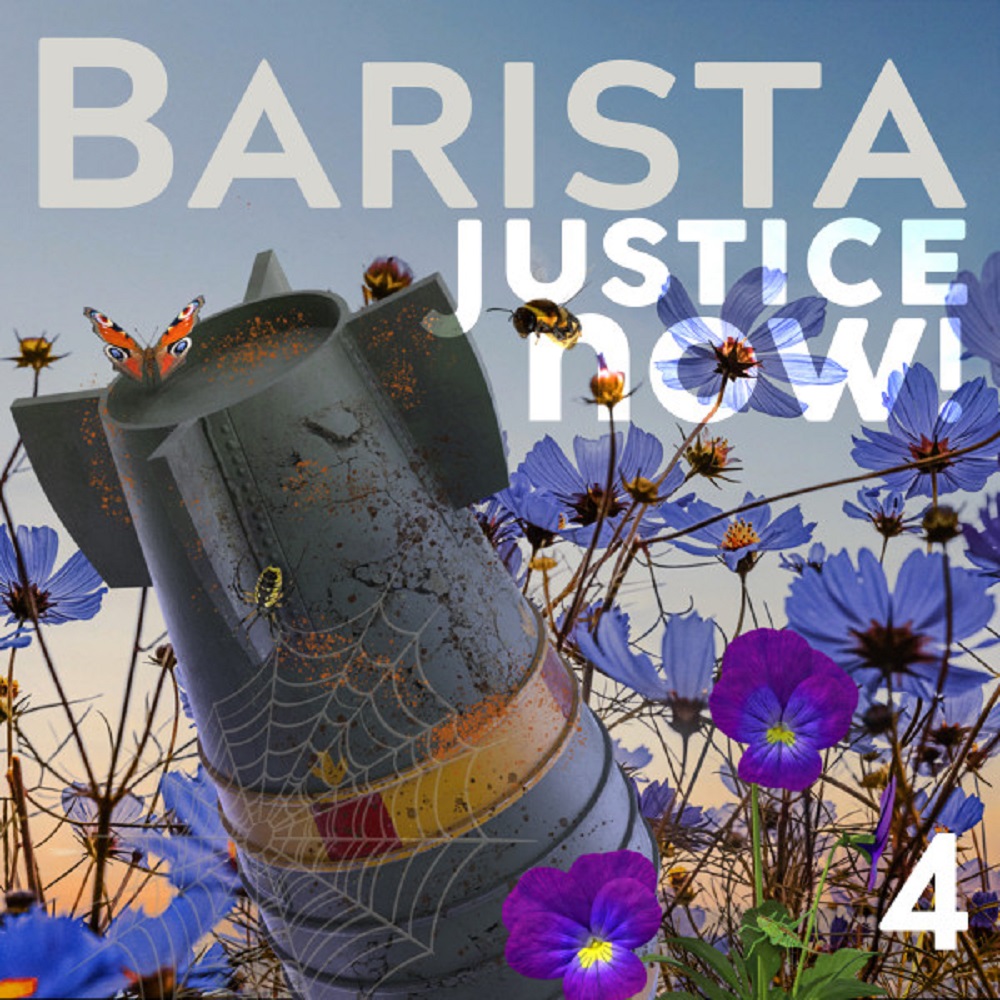 Rhythm is at the start of every great rock performance, and we’re reminded as much inside of just the first few bars in “Billions” or “I Exist, Right?” of the new album Justice Now by Barista. Rather than trying to colorize beats with a predictably soft hook, Barista is fusing might with melodicism in all the right ways here, inducing a physical push in the likes of “The Night Train,” “Bitch,” and “Cage.” This isn’t the kind of rock that rests on the back of an over-the-top concept, but instead a potency of force that has been absent from mainstream heavy music for far too long now.

Harmonies take on a surprisingly big role in “Bitch” and “Anything,” but this doesn’t minimize the importance of the muscular grooves in either song. Honestly, I actually think layering the melodic content against the backdrop of significant beats in Justice Now makes the lyrics in every track here a little more tangible and emotionally sound, which would not have been the case in a more standardized collection of songs. Barista is thinking forward in this LP, which has been a minimal feature among the competition on either side of the American underground over the past five years or so.

I didn’t know about Barista before I got into this record, but I have a gut feeling we’re going to be hearing more from them in the future as they establish a bigger following with Justice Now. There’s a lot to unpack here, but if we’re comparing this output side by side with what the status quo has been reduced to in mainstream hard rock, there’s no arguing which carries more weight in the long run. All in all, Barista couples passion with precision to make one of the more complete rock efforts I’ve had the pleasure of reviewing in the past couple of months.

The ‘Guardians of the Galaxy Vol. 3’ Trailer Gets Us Ready for a Big Farewell
George Clooney, Gladys Knight, U2 Get Kennedy Center Honors from Biden
You Could Spend the Night in Hobbiton
How Quinta Brunson Saved the Sitcom
Nas and 21 Savage Squash ‘Irrelevant’ Beef with New Collab