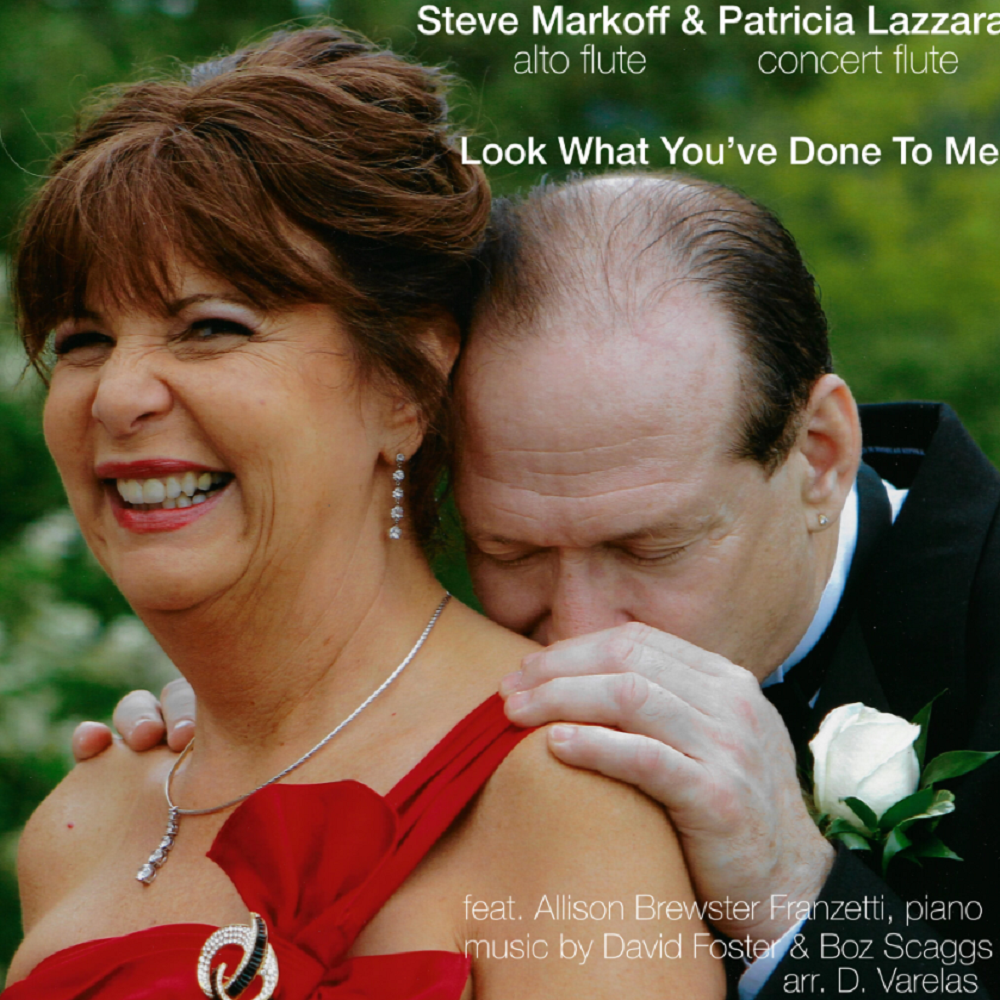 Steve Markoff and Patricia Lazzara’s cover of Boz Scaggs’ “Look What You’ve Done to Me” is far more personal than any of the duo’s prior material. Markoff’s wife of 39 years chose the song for their wedding dance and the alto flutist picked this track as the duo’s latest pop song with potential for renovation. Re-envisioning Scaggs’ pop classic originally composed for the Urban Cowboy film soundtrack as an acoustic flute-driven instrumental is a bold move and not entirely certain of success. Markoff, Lazzara, pianist Allison Brewster Franzetti form a winning team on their previous recordings, however, and achieve something truly memorable with this recasting of a familiar song.

It shares some characteristics common to their work. Markoff and Lazzara’s instrumental explorations are built around the exchange between his alto flute and her concert flute. What Franzetti does is further flesh out the performances by adding percussion, melodic counterpoint, and valuable bottom end contributions key to the recording’s appeal. The give and take between Lazzara and Markoff never generates tension – but it does work towards dramatic peaks, though never without paying due attention to its melodic responsibilities.

Franzetti’s piano playing is indispensable to this single. Her presence doesn’t get the banner treatment that her musical partners receive, but she’s a decorated musician whose presence in the performance elevates it to a higher level. A Grammy nominee for Best Classical Album in both 2014 and 2018, as well as pulling down a 2008 Grammy nod for Best Instrumental Soloist without Orchestra, Franzetti brings chops galore to anything she does, but she brings a refined understanding of the composition’s demands.

Much of the threesome’s prior work invokes a variety of emotional textures. The new single, however, confines itself to a narrower trajectory but nonetheless should prove enormously satisfying. Listeners may scoff, but there’s commercial potential here as well. Instrumental releases are rarely popular in our vocal-centric musical universe, but the sheer melodic merit you’ll hear from this track is enough to convince many naysayers that it’s well worth hearing.

They are on the brink of releasing a more than worthy follow-up to 2021’s Romances in Blue. “Look What You’ve Done to Me” carries on in that work’s tradition and points the way towards an ever-brighter future for this project. The trio of pianist Allison Brewster Franzetti, alto flutist Steve Markoff, and concert flutist Patricia Lazzara are working near or at their peak with their new single “Look What You’ve Done to Me” and it should be as popular as its predecessors, if not more. Let’s hope we have the privilege of hearing them for years to come.