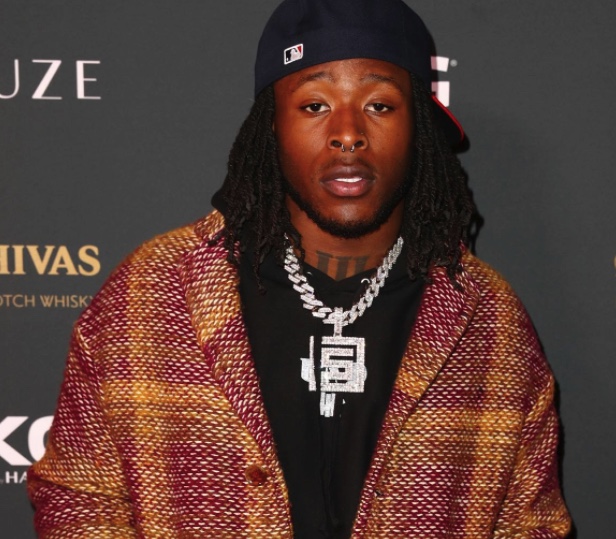 What happens in Vegas doesn’t always stay in Vegas! New Orleans Saints running back Alvin Kamara is trending on Twitter after folks discovered he was behind bars. The Saints player was arrested and booked for battery resulting in substantial bodily harm on Sunday, following playing in the Pro Bowl, according to a Las Vegas Metropolitan Police Department press release.

Reports show Las Vegas PD was dispatched to a local hospital around 5:50 p.m., where a victim reported being assaulted at a nightclub. After the investigation, Alvin was taken into custody without incident and transported to Clark County Detention Center. Alvin is being charged with a felony and held on $5,000 bail. The NFL baller is expected to appear in court Monday at 1:30 p.m. As his name continued to trend online, individuals mentioned that Alvin wasn’t the only NFL baller who was recently behind bars in Sin City.

Henry was arrested and charged with felony driving under the influence causing death and substantial bodily injury, and two counts of felony reckless driving. According to ESPN, Henry currently remains on house arrest pending a March preliminary hearing of evidence where a judge will decide  whether he will stand trial in state court.

The roster doesn’t end there. Unfortunaley another former Las Vegas Raiders player, Damon Arnette also found himself behind bars in the same month after video of him threatening someone and showcasing three different firearms surfaced. When Damon was cut from the team, General Manager of the Raiders said it was a “very painful decision.” Roommates drop a comment and let us know your thoughts about several NFL players being arrested in Vegas.

‘Whether It’s Charice or Jake Zyrus, I’m a Singer’
The Best 4th of July Clothing Sales Are a Real Cause for Celebration
6 thrilling international mysteries
Westworld’s Roaring ’20s Park Is a Subtle Reference to Season 1
The Boys’ Jensen Ackles Reveals When He Learned Soldier Boy’s Connection to Homelander