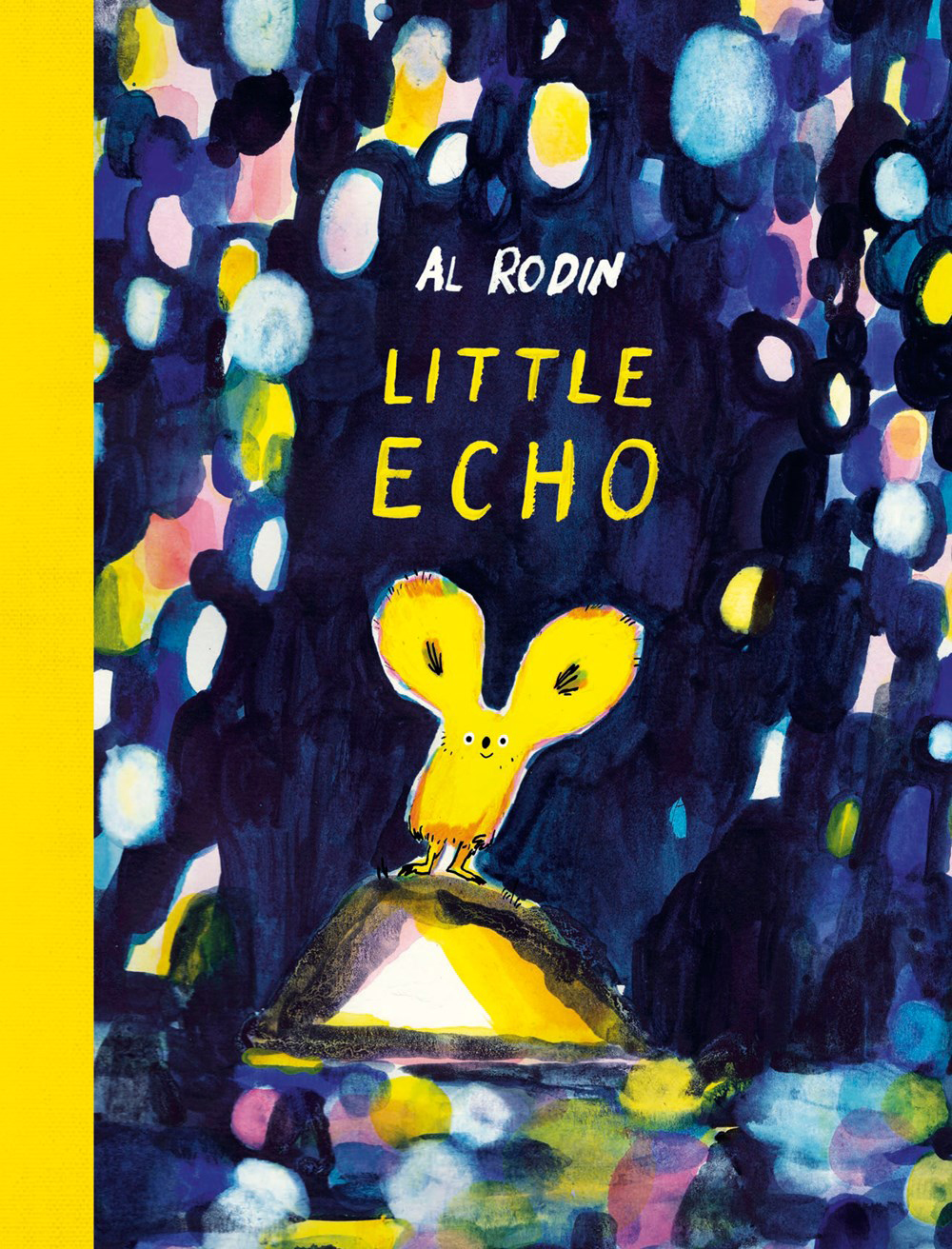 Little Echo lives her life hidden away in the shadows of a cave. The bright yellow creature longs to join the cave’s other inhabitants as they frolic and play, but her terrible timidity keeps her silent and watchful. When someone loud, bold and adventurous stumbles into her cave on a quest for treasure, Little Echo has a chance to find more than just her voice—she might also find a friend.

Little Echo, the debut picture book by author-illustrator Al Rodin, is a delightful story about searching for treasure and discovering something worth more than gold or jewels. Skillfully told, the book feels like a bedtime story composed in the moment, with just the right amount of description to seem spontaneous. Its simplicity is satisfying, its plot linear and its characters uncomplicated and kind. We can all remember times when we’ve wanted to join in but have been held back by shyness, and Rodin expertly captures that wonderful moment of feeling seen and embarking on an exciting journey with a new friend.

Rodin’s text and art are notably interwoven. As voices echo around the cave, words in unique fonts and varying sizes erupt across the page and then fade away, creating a visual onomatopoeia. Vaguely defined but expressive shapes and visible brushstrokes strengthen the tale’s atmosphere of longing, while the cave itself, depicted with broad swaths of dark shades, reflects Echo’s sense of isolation. The world of this story feels deep and somewhat heavy, but the overall tone isn’t one of fear or danger thanks to Little Echo herself, whose large round ears and sweet face are instantly appealing. When the daring adventurer comes along, Little Echo’s whole world visibly brightens as she first follows his light and then begins to find her own.

Straightforward and charming, Little Echo will be especially loved by readers who know well the struggle to speak up. Rodin’s message is quiet and gentle, but clear: It’s so much easier to find your voice when you have someone to listen.