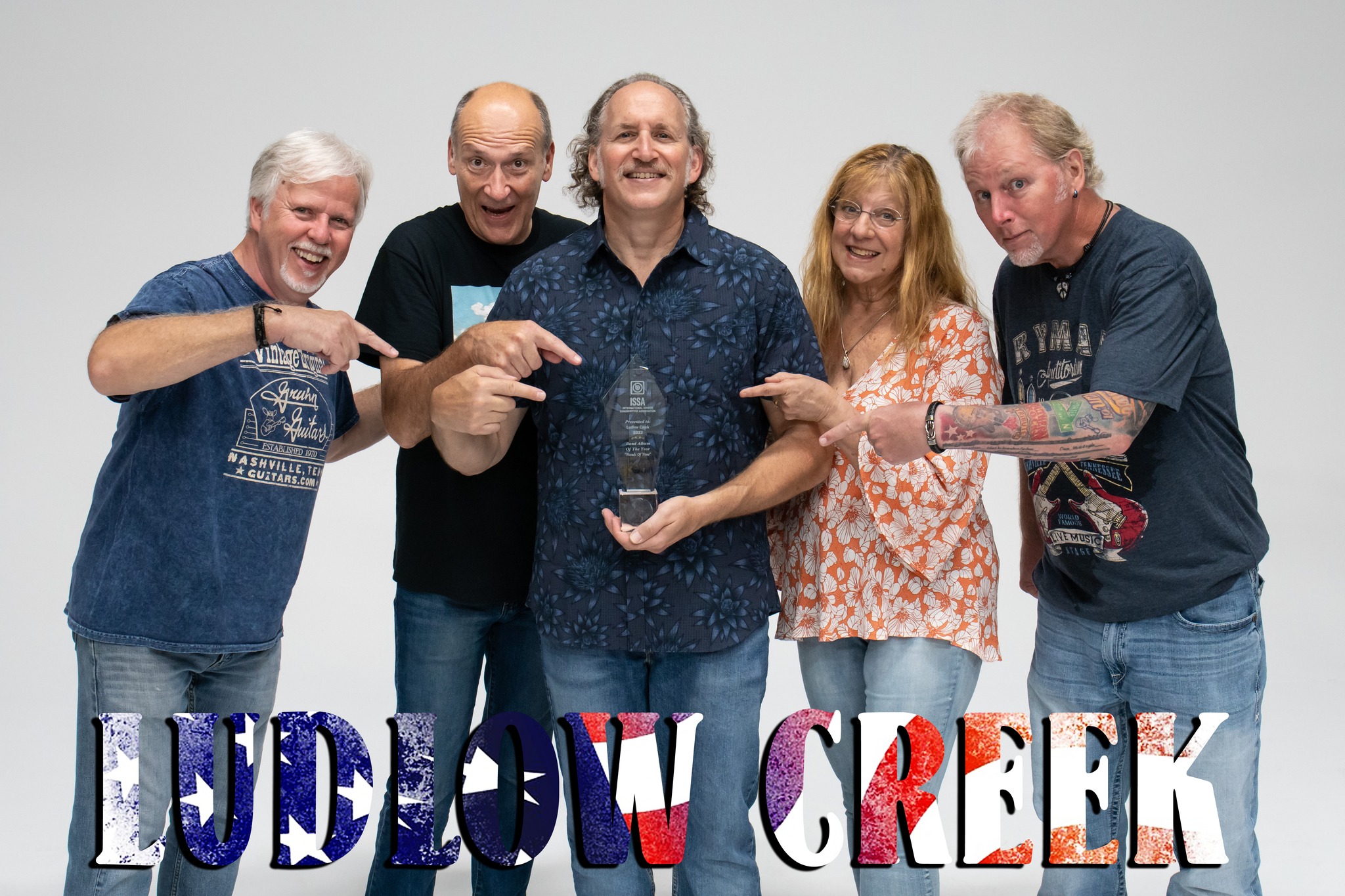 When transitioning from being a cover band to becoming something much more independent and creatively free, I’m sure there’s a good amount of legwork left to be done on the band’s behalf. In Ludlow Creek’s case, the cover band persona they came out of was merely the way for them to lay the groundwork and get the ball rolling; the creativity has always been there, lying dormant and ready to take off at a moment’s notice.

First, with Hands of Time, their album released earlier in the spring of 2022, and now again with Which Way Is Forward?, their latest album that saw its release in mid-September, Ludlow Creek has shown that they’re not exactly spring chickens as far as crafting original tunes go. They may have formed as a cover band, but there’s no drought of originality to be found here.

Which Way Is Forward? is a shining example of a band in their absolute prime. The material is sharp, complex in its structure and composition, and yet simple enough to throw on as easy listening when the mood strikes. It crosses off several hallmarks of being a classic contemporary rock album, and it does so at the expense of absolutely nothing. The album is full of songs that reminisce on the way things used to be, as well as stacking the album full of songs about love and compassion.

Some (“What About Love”) are less about being love songs as much as they are songs about the lack of love in modern society, but others (“With You”) come off as true statements and declarations of romance. There are the grandiose tracks that come in well over five minutes in length, such as the “Pandemanian Rhapsody (Livin’ to Do)” and “Never Knew the Man,” and the runtimes never fall flat or feel unearned. It’s a bold thing, releasing songs even over three minutes in 2022, but Ludlow Creek is unafraid to appear old-fashioned and they wear their sensibilities as a badge of pride. You could never guess that this was a cover band from the material they’re tackling.

Ludlow Creek is a phenomenal new voice in the world of contemporary rock, and their ear for harmonies meshed with their intense background in music production makes for incredible music. You’ll have a song that is bursting full of bass guitar, and then the next song will be a track completely driven by the sound of flutes and guitar. It’s a wild and wacky trajectory on paper but as an album, Which Way Is Forward? does a lot of back flips and outlandish maneuvers without blinking an eye — and the listener doesn’t even notice, because of how good the material is. Eight-minute track? Bring it on.

Not one, but two fully instrumental songs? Easy money. There’s nothing you can throw at Ludlow Creek that will break their stride, and this album proves that they’re making a name for themselves as a force to be reckoned with. This is one creek that’s about to turn into a flood, so grab a life vest.

Frasier Revival Teases Move Back to Cheers’ Boston
The King of the Hill Revival Is Finally Happening
Amy Acker Knows Which Angel Alum Would Be Perfect on New Show
Michael B. Jordan Jokes About His “Public Breakup” From Lori Harvey
The Best New Book Titles, According to Goodreads