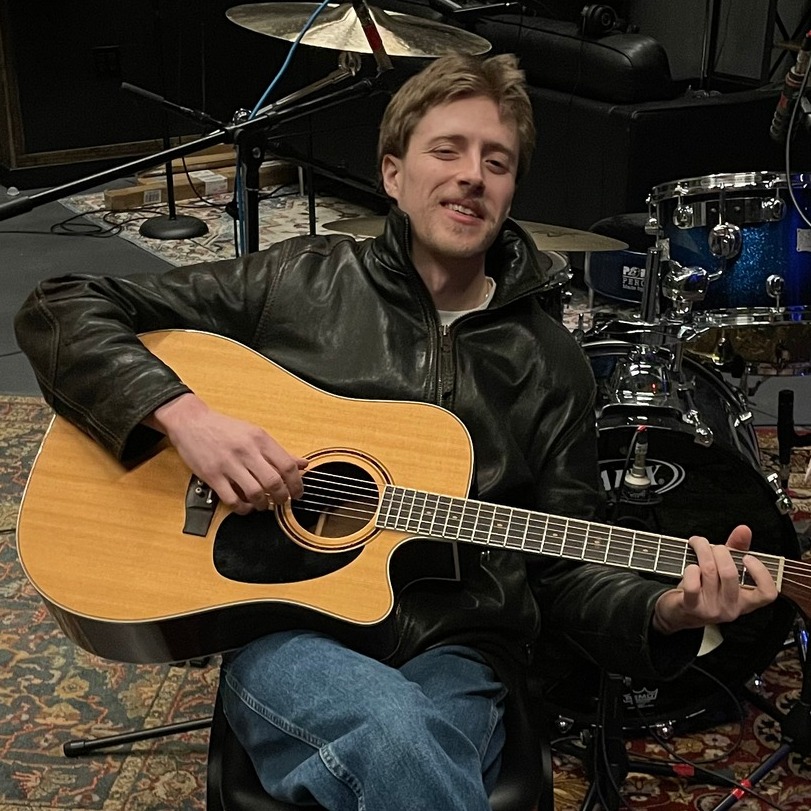 The minimalist movement has its hook in everything from pop music to jazz, country, and even hip-hop at the moment, and while you might assume that it’s having a big influence over the singer/songwriters emerging from the underground at the moment, you could also argue that cut and dry concepts have always been a part of the folk aesthetic. Pete Miller is here to remind us as much with the debut of his first single “A Light out There,” and although it doesn’t have any of the frills of indulgent pop or alternative folk, as a minimalist release would, it isn’t lacking the color of what old school Americana was made of.

With his guitar alone, Miller sets out to weave us a story of the most honest variety in “A Light out There,” and despite having no percussion assisting him, the swing he emits with his delivery is undeniable and hard to resist. He’s got the personality of a troubadour in this performance, and if it’s something he’s able to master over the course of an entire tracklist, there should be no doubts as to whether or not he’s going to have a very fruitful career ahead of him.

Keeping the old guard in singer/songwriter composing alive isn’t an easy task, but you wouldn’t guess that just from listening to “A Light out There” this April. Miller’s relentless affection for the melodies alone would be reason enough to check this song out, but it’s his tonal expressiveness that entices me the most about his artistry. As a critic, I can’t ignore the potential he has as a songwriter and creative conceptualizer, and I think a lot of diehard folk fans are going to hear “A Light out There” and step away from the track sharing my sentiments. All in all, this is a must-listen for Americana buffs and folk fanatics the same.

Book Riot’s Deals of the Day for May 27, 2022
Eliot Schrefer explores the wild world of same-sex behaviors in the animal kingdom
Lil Wayne Claps Back At Mark Cuban, ‘I Will Piss In Ya F’n Mouth Ho’
La Quinta Resort & Club and Designer Ramy Brook Debut Spring Collection
How Bob’s Burgers Quietly Became One of TV’s Greatest Comedies