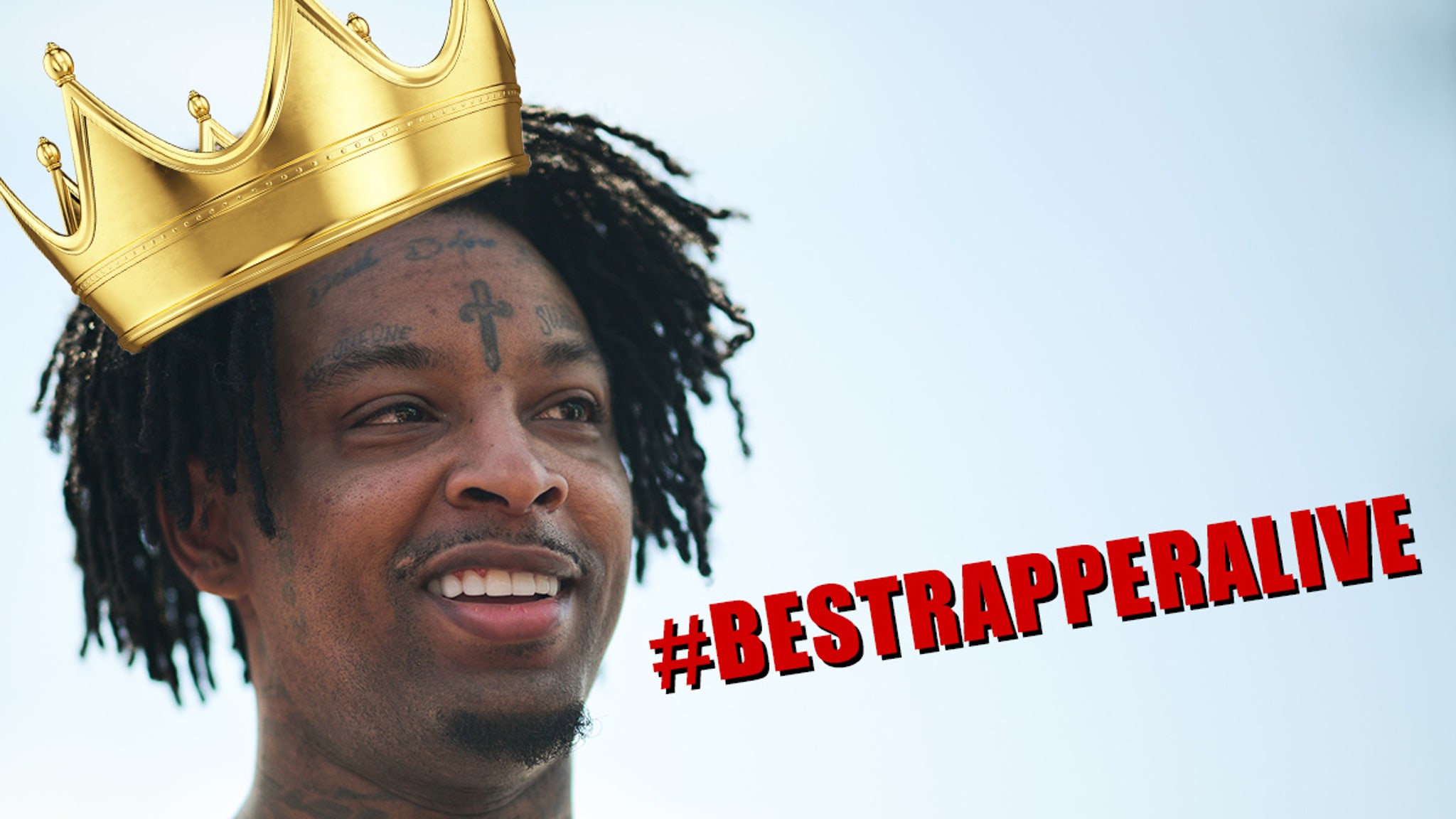 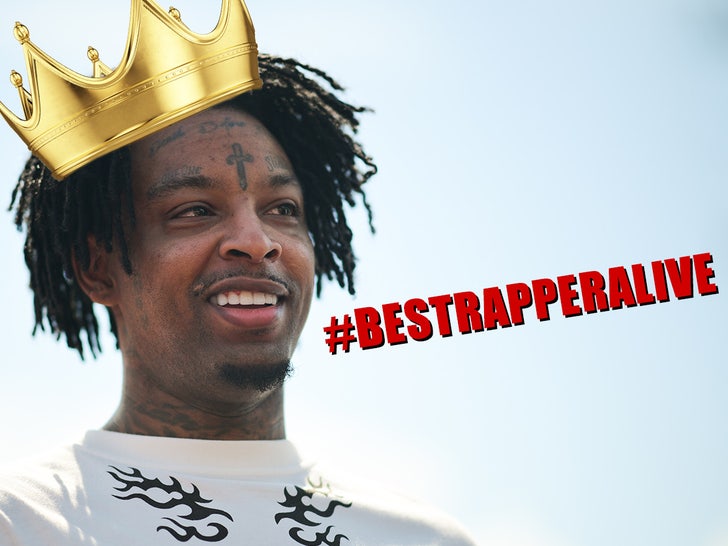 21 Savage is basking in the limelight of a pretty tremendous accomplishment — Complex says the Savage Gang leader is the “Best Rapper Alive” … and even he admits the title’s misplaced.

The “Her Loss” costar called the honor “an overstatement,” but says he operates with tunnel vision while focused on making the best possible product.

Fans on social media simply called BS on the announcement … mainly because 21 was heavily featured on Metro Boomin’s album in addition to “Her Loss,” but didn’t release a solo project of his own in 2022 to fully earn the crown. 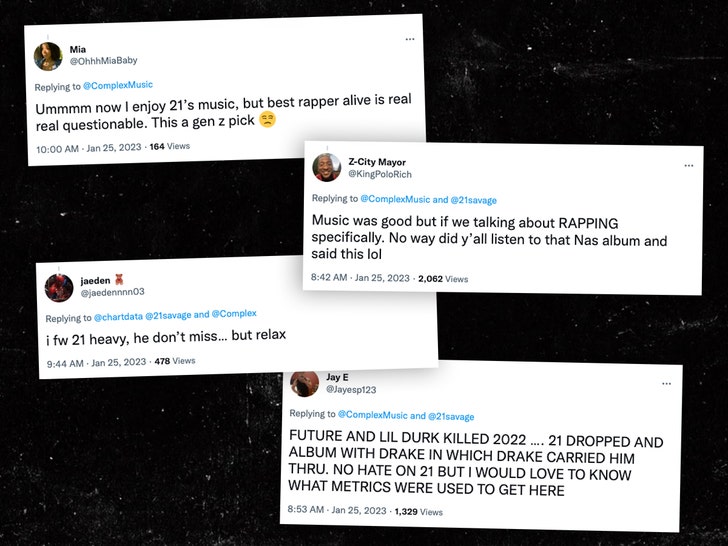 21 follows the likes of Tyler, The Creator, Lil Baby and DaBaby on the annually updated list, but he told the publication his benchmark is still the one set by Jay-Z.

21 says Hov conducted his hip hop career “the right way,” and he strives to follow that blueprint as his own career progresses.

In 2022, he linked with Drake for the chart-topping single “Jimmy Cooks” ahead of their “Her Loss” album collab … which also hit No. 1 on its respective Billboard chart with nearly Gold numbers in its first week — 404,000 album-equivalent units streamed.

While that tragedy happened in Houston, 21 maintains ATL has a dark cloud of energy hovering over it, and doesn’t feel anything can be done to restore the positive vibes. 😢

He’ll have plenty of time this year to prove naysayers of his new title wrong. He’s finishing up his next solo album in hopes to induce a “level-up” moment and is currently awaiting the official deets from Drake for their world tour.