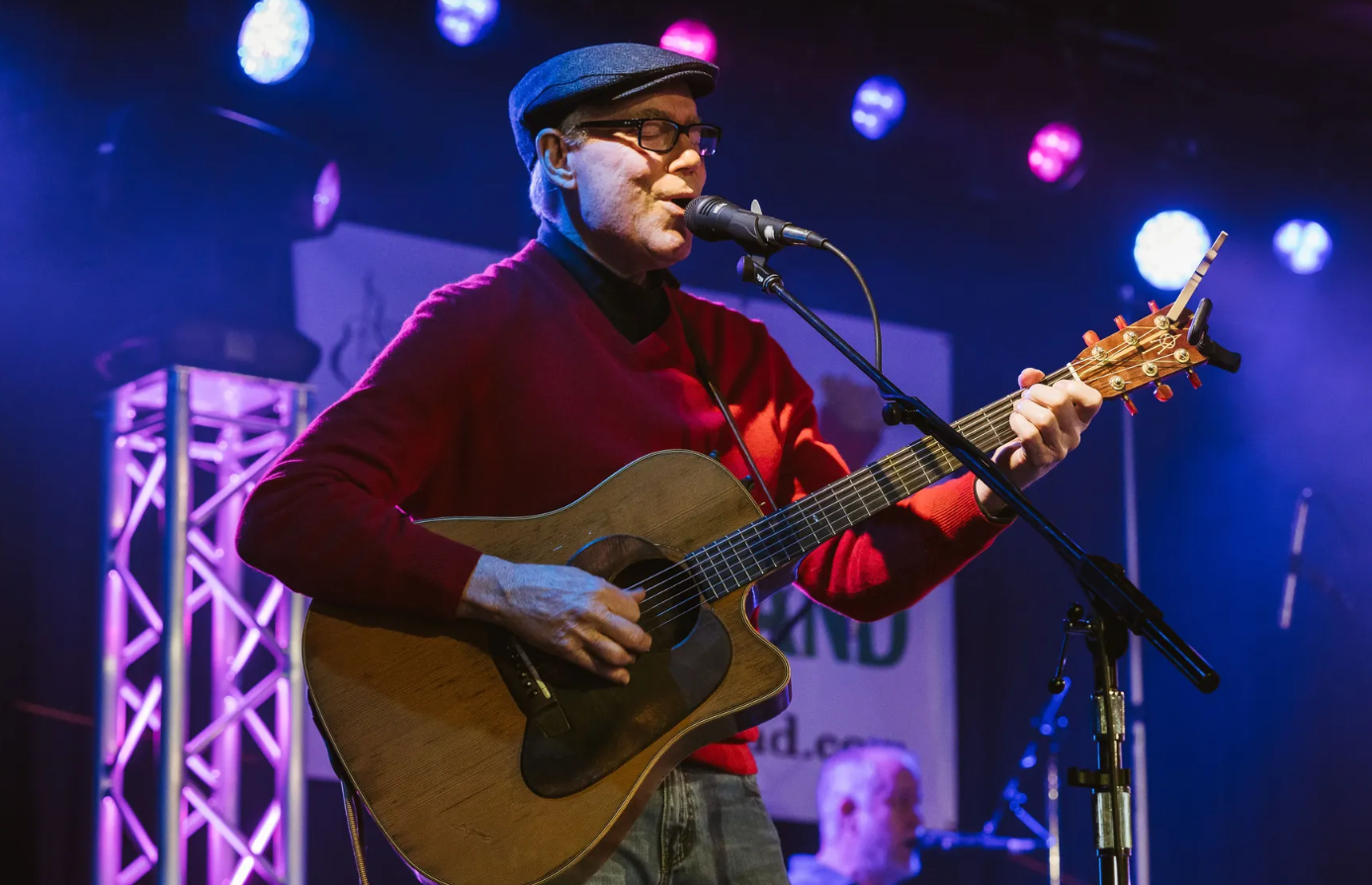 Born in Missouri and based now out of Dayton, Ohio, Pete Price has played guitar for indie band The Fries for 30+ years. His tenure with the band has earned him a well-deserved reputation as one of popular music’s best yet unheralded players. His songwriting, as well, has attracted fulsome praise as one of the most impassioned and thoughtful writers working today. Ample evidence for his abiding talent is rife throughout Price’s solo release Department of the Interior. The twelve song collection covers a gamut of sound and subjects without ever repeating itself or covering all too familiar territory. Finding your own voice in this genre is never easy; the specter of influence is never far away and resisting its temptations is more difficult than non-musicians realize. Department of the Interior, however, confirms that Pete Price accepts nothing less than writing and recording music on his own terms, in his own voice, reflective of his life.

We can hear that in every song. “Diamonds in the Sky” is our first example and opens the album with unquestionable authority. Price can bring the heat as a guitarist anytime he chooses, but this cut reveals his primary focus to be pulling melodic magic out of his compositions. It’s a stirring success. The lyrics are as successful without ever lapsing into heavy-handed or laborious territory. “The Crossing” shares the same aesthetic while manifesting it in an unique way. His guitar work takes a conscious step back during this performance and only appears in full to put an exclamation point near the track’s conclusion. The reflective, even melancholy, lyrics are icing on a delicious musical cake.

The elegant duet “Green Flash” features five-star vocal interplay between Price and his counterpart. Male and female voices mixing alternating lines and joining in harmony are a staple of popular music duets, but that doesn’t mean they are always successful. The two voices in this piece, however, complement each other at every turn. “I Love Soul and I Love Rock” is a classic romper with a bold in-your-face sound that will get audiences and listeners alike moving. It makes excellent use of organ, one of the album’s most underrated instruments, to fill out the song’s sound.

“Taste of Freedom” is a rollicking track as well. Price turns back, at least in part, to the blues for this song and his delight is obvious. Piano figures prominently in this performance and the brio in the playing provides “Taste of Freedom” with one of the key components driving its success. “Let It Go” begins with staccato guitar and Price’s vocal. It builds off his storytelling talents without ever belaboring the narrative. Instead, he paints a picture for listeners in brushstrokes sufficient to draw us into the song’s world. Department of the Interior is one of those increasingly rare albums with something for everyone. Pete Price’s downtime during the pandemic allowed him the opportunity to get these songs right before he ever recorded them and his confidence is clear. It’s justified as well.