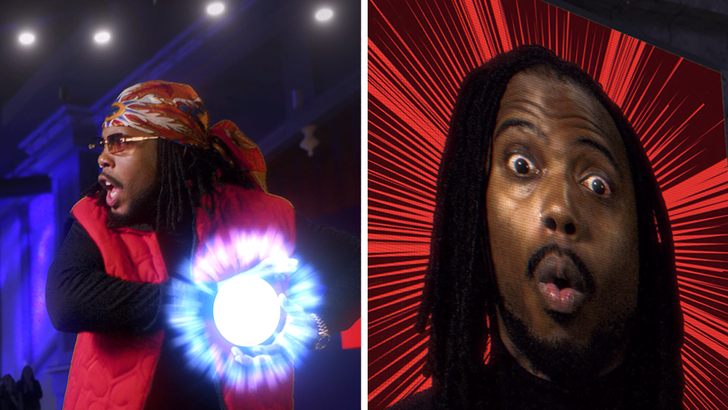 B.o.B is finally responding to the 2016 flat-earth controversy that threw his career out of orbit … and he’s still, rather defiantly, dropping a diss-fueled track titled “Ted Talk.”

B.o.B. tells TMZ Hip Hop the 6+ years since he released his viral song “Flatline” has rattled his perspective a bit, leading to more confusion.

Naturally, we asked if he still believes the Earth is flat, and he said … “I’ve heard so many theories at this point from all the people that have come my way I don’t know what to believe anymore.

“Neil Tyson said it’s an oval, let’s just go with that for now” 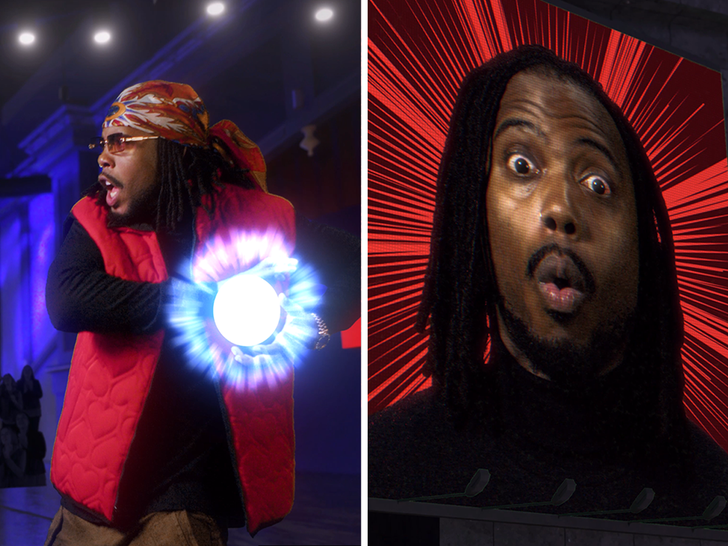 The new song-video mashup finds B.o.B’s alter-ego Bobby Ray giving himself a tongue-lashing as they tackle the flat-earth fallout … which mirrors the wackiness of a sci-fi thriller with twists and turns.

Bobby Ray questions throwing away their career to prove a point and should have left all the conspiracies to YouTuber Eric Dubay … something everyone can probably agree on in hindsight.

The track includes B.o.B’s admission he fumbled the bag turning down 2 offers from CBS — one to appear on “The Late Show With Stephen Colbert” to explain his antics and another to have his own series.

Let B.o.B tell it, the whole plot was created by the media to take him down … calling out Comedy Central and Complex after they allowed scientists Neil deGrasse Tyson and Bill Nye to slice and dice him online.

He even says NASA started attending his concerts to pass out pamphlets containing accurate information — and he really pissed off The Root when he stated he’d never seen a slave ship in his lifetime.

He also still has bitter bars for Charlamagne Tha God and Lil Duval for their viral reactions to his flat-earth comments, and unlike Kanye West, laments being called an anti-Semite after saying he identified with the rants of Holocaust conspiracy theorist David Irving.

B.o.B just dropped his “Anti-Matter” project, the 2nd installment of his “Elements 2” series, so expect more storms in the near future!!!