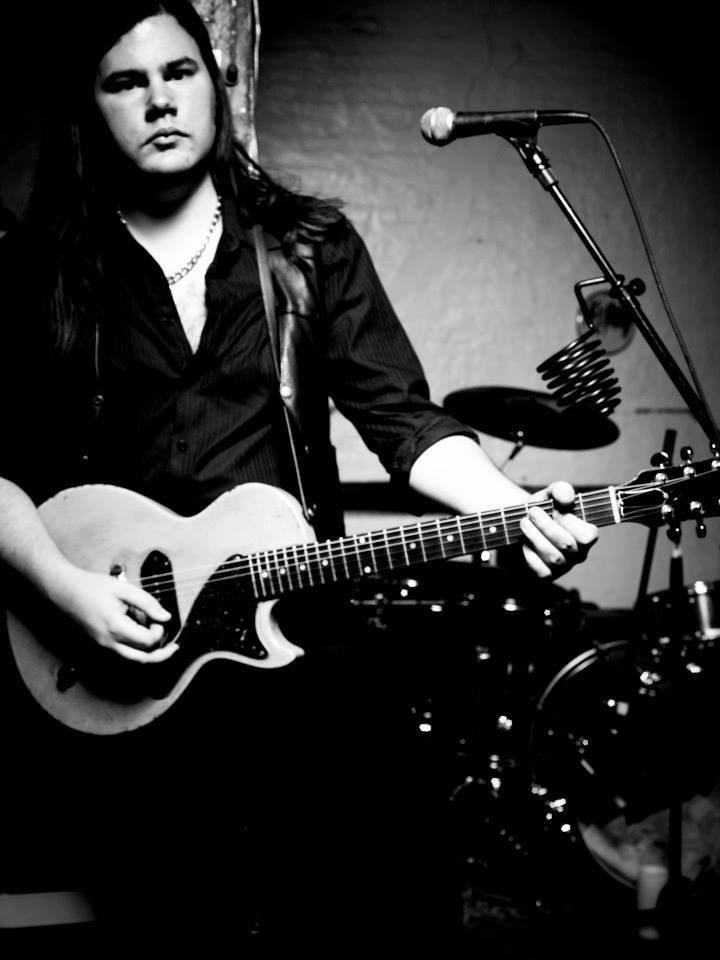 It’s refreshing to hear a guitarist and songwriter unafraid to embrace a traditional sound and aesthetic. There are others out there doing the same sort of work as Jon Pozzuto, without question, so he’s entering a crowded arena with his debut EP Valley of Lost Cities. The question for you will be what does he bring to the table different from his contemporaries and peers?

‘His own voice. Even his literal voice, sometimes unfairly masked by the production during this EP, is an outstanding instrument for conveying emotion within a rock band context. He shows a canny sense of enunciation that milks maximum potential out of each line and has a keen ear for tailoring his voice to the arrangements for each of the EP’s four songs.

It’s in the lyrics, however, where his voice makes his biggest mark. It’s the voice of a writer you hear between Pozzuto’s firebreathing guitar, drums, and bass during the opener “Dead End Train”. Longtime fans of this style can’t help but applaud hearing Pozzuo breathe new life into several original yet familiar turns on the classic guitar rock formula.

He even expands on that, however, with his own style. Pozzuto is a fearlessly bluesy force on the second track “Love and Death” accompanied by a stellar performance from him on each instrument. It kicks off with a bit of harmonica involved, you’ll hear it again, and the organ riffing included in the song further raises its temperature. His guitar soloing throughout the EP deserves praise as well.

Nothing illustrates that better than the transition from this song into the closer. Harmonica comes back during the full-on introduction though it’s practically buried under the guitar. It’s a searing blast of rock music completely with some great lead guitar, but he leavens its firepower in all the right ways. Ending the EP with an up-tempo last song definitely puts a big exclamation point on the collection and the title song does seem to harness his already great talent in a much more focused way. It certainly packs quite a wallop.

Jon Pozzuto’s Valley of Lost Cities has tremendous energy from the first song onward and listeners will have an impossible time finding even a few seconds of filler. Let’s hope Pozzuto takes these songs live because they seem to be ideal tracks for a concert audience, but let’s hope even more that this is the first of many releases to come. Newcomers will be converted by the score if they give this release a chance.

The Best 2023 Page-A-Day Calendars and Desk Calendars for Readers
Trending Styles of Wedding Venues in Calgary
The Process of Overcoming Your Addiction: 7 Health Tips That Can Help
Cookbooks for an unforgettable holiday meal
Rolex Announces Certified Pre-Owned Program