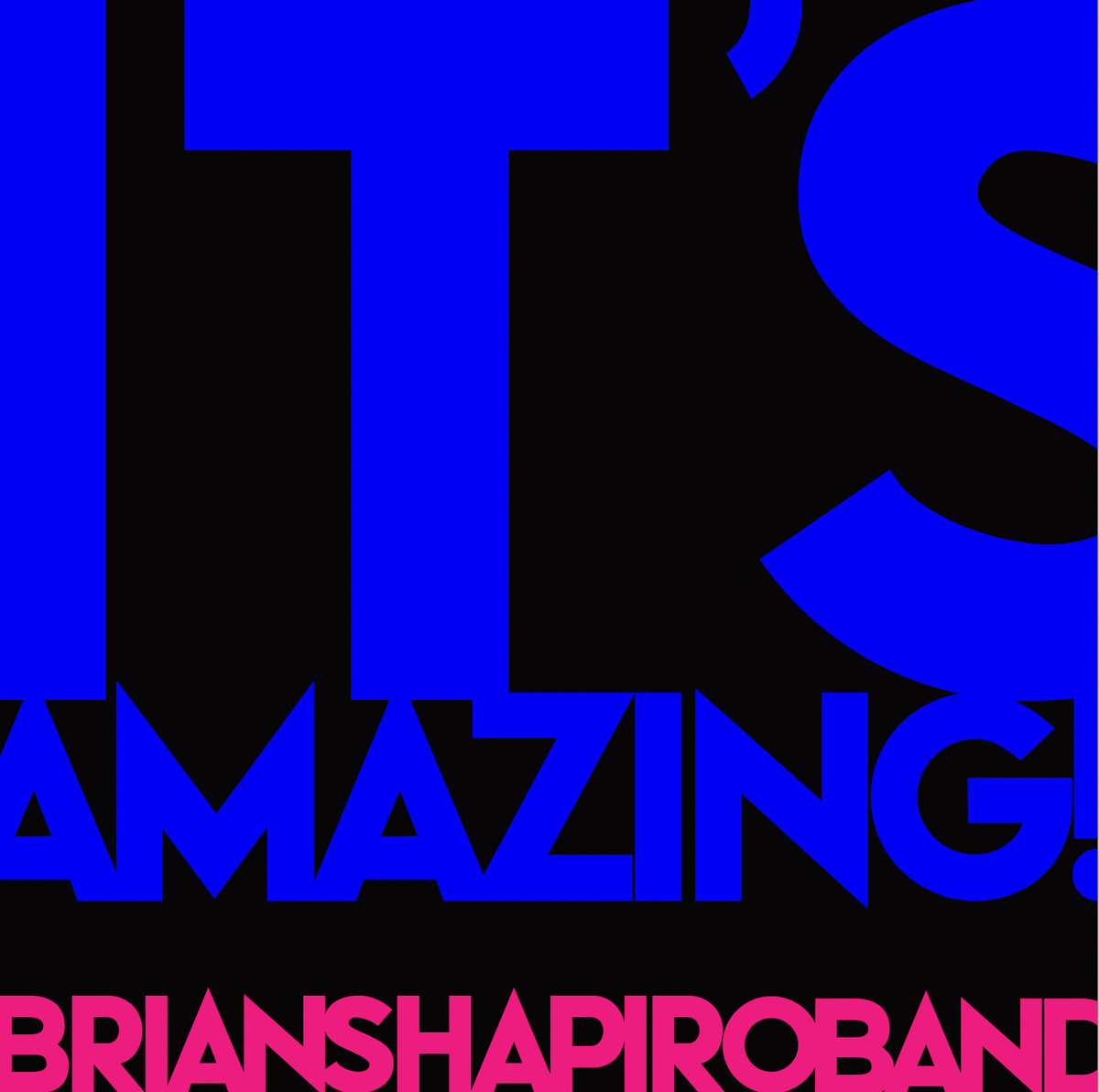 The Brian Shapiro Band will soon carve out a place for themselves as one of the brightest and most idiosyncratic musical units working today. Shapiro is an university instructor in his life away from music, but there’s nothing stuffed-shirt or stolidly academic about how he treats his songwriting. The ten tracks included on his sophomore album It’s Amazing careen across the stylistic map but, in the end, are united by an overarching sensibility. There’s a great deal of outright fun to be had in hearing this album, but it’s likewise a satisfying and occasionally challenging listening experience that invites repeat visits.

The band’s opener “Ambitigeddon” reminds me, in a far-off way, of early Talking Head, but Shapiro pushes his songwriting and structural reach further than David Byrne and company dared. Its shifting tempos may be jarring for some listeners, even austere at points, but it befits the song. The opener is a wide-eyed, wired depiction of someone reaching, grabbing, taking anything they can, no matter the cost. “So Much” has a loping carnivalesque whirl that sounds off-kilter. It’s never unmusical, however. The slightly surreal environment illustrates a fundamental truth about Shapiro’s songwriting.

The great American novelist Philip Roth wrote that sheer playfulness and deadly seriousness were his closest friends. Shapiro’s songwriting moves in the same territory. Sheer playfulness and deadly seriousness are running side by side through “So Much”, but he has other cards in his hand. “Am Now” is a much more “conventional” track, but there are decisions driving the song that set it apart from the pack. The deliberate tempo seems an odd choice for such a personal song and has the effect of adding artful reticence to the performance.

“More Memories” will highlight the album for many. You may not get the song’s subject at first listen and, if you think you have, listen again. Shapiro can actually lay claim to some particularly clever, if not ground-breaking, songwriting on It’s Amazing and this is probably the best example of his idiosyncratic gifts. Alex Posmontier’s piano provides one of the album’s musical peaks. “New Newz” is another example of his edgier songwriting, but it will divide listeners. It’s a musical nod to Shapiro’s punk influences and rings true, but the lyrical content of cataloging modern platforms as a satire/critique of our media landscape has a dubious effect.

You can’t help but be impressed by the courage it takes, however. It’s one of the defining aspects of It’s Amazing – a willingness to follow his muse wherever it might lead him. A little of the university instructor emerges with the final song “Savor” as its message, essentially to take time to properly appreciate life and what it offers. Ben Gillece’s vibraphone contributions to the song are a defining touch and never sound like a useless affectation. It’s an album of such moments. The standout inclusions and twists on the Brian Shapiro Band’s It’s Amazing aren’t gimmicks but, instead, individual expressions of the band’s creativity.