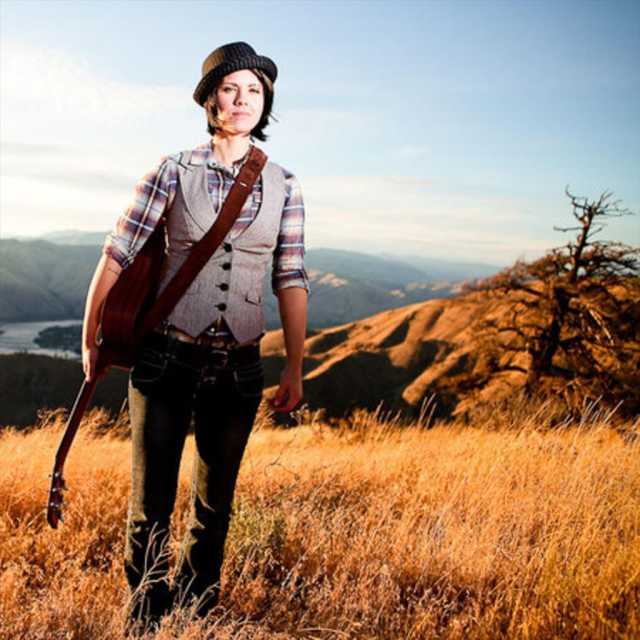 It isn’t easy getting buzz in the competitive underground we’re seeing today, and it says a lot that Kate Lynne Logan has come as far as she has considering how especially cutthroat the northwest music scene she came up in can be. Logan’s 2018 album Sleeping Giants and its direct predecessor, Echoes, went under the radar for some music journalists, but their content is nonetheless getting some serious attention at the moment thanks to its creator’s gentle manner of harmonizing with even the most subtle of string play. Sleeping Giants has become a go-to listen of mine this spring, and its tracklist should give you a clue as to why.

There’s a lot more ambitiousness in these songs than you might hear out of the average Seattle-style singer/songwriter material gaining some momentum on either end of the FM dial in 2022, and I think that “Ghost in the Dark” and “Let You Run” stand out as two of the more creatively liberal pieces this player has recorded to date. Producer Kevin Veatch plays a big role in giving us the clarity we need from the instrumentation in these single-level songs, but without the natural whims of Logan on her own, they just wouldn’t have the weight they do here.

Veatch lends even more assistance to the lean and mean mixing of “Giving up on You,” “Stranger,” “What It Means,” and “Better Life,” the latter two reminding me a lot of the concepts for the title track in Echoes and “Every Season Together,” outside of the cosmetic scheme, of course. We never have to fear a muddled presentation of this artist’s talents in Sleeping Giants, and I think that she made the right choice in producer given all of the detail both her sound and the style of her songwriting require.

Echoes and Sleeping Giants jointly highlight the duality that gives Kate Lynne Logan so much of a vulnerable look when it matters the most in this music, but the latter is a bit more defined when it comes to giving us an up-close and personal look at the way her personality shapes the mood of her output. “Canyon,” “Burn It Down,” “You’re the One,” and “Something Good” are all statement works when you consider them through the lens of their tracklist counterparts, if not a direct extension of who this singer/songwriter has been establishing herself as since the very first release she had to offer.

If what we’ve already heard from Logan is in fact just a preview of what we can expect to be seeing from her brand in the next few years to come, she’s going to have a difficult time remaining one of the better-kept secrets in the American underground today. Hers is a sound that demands a gut reaction from those who are listening, and in Sleeping Giants especially. This isn’t a genre for the timid musician, and in the case of Kate Lynn Logan, we’re listening to one of the toughest players in her scene here.

The Best Apps to take your Luxurious Trip to the Next Level
Michael Ray Reminds Fans of God’s Purpose for Them This Easter
Britney Spears Not Doing Las Vegas Residency, Despite Speculation
Depeche Mode Founder and Keyboard Player Andy Fletcher Dead at 60
Beacon Audiobooks Releases “Where Eagles Dare Not Perch” By Author Peter Bridgford