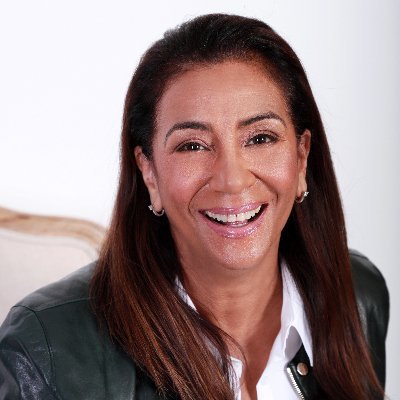 Panamanian American actress and trained dancer Deborah Lee Fong has parlayed her recent success at the Urban World Film Festival into even greater triumphs. Fong tackled the role of Agnes in the production of Secret Santa during the Live Screenplay Readings portion of the festival’s programming and scored big with a discerning audience.

Fong’s numerous credits preceding Secret Santa, including significant roles in PBS productions such as Footsteps and Footsteps 2, opened that important door at the Urban World Film Festival. Secret Santa, in turn, generated the necessary visibility to land a high-profile role in the new HBO Max limited series …And Just Like That. Cast as Leticia, the grandmother of Cynthia Nixon’s non-binary love interest, Fong more than holds her own with luminaries such as Sarah Jessica Parker, Nixon, Kristin Davis, Chris Noth, and Evan Handler, among others.

It is the most recent high point in a three-decade-long show business journey. Fong shows no signs of slowing down. The same discipline sustaining her through thirty years in an often-unforgiving profession and setting her apart as one of the best dancers working today strengthens her work as an actress. Her adaptability to both comedy and drama strengthens the series as well. Showrunner Michael Patrick King understands the expectations the series, as the next chapter of a franchise with a long film and television history, labors under and has obviously taken great pains to ensure new additions to the cast are in tune with the work’s spirit.

Fong is a perfect actress given such considerations. She brings a lifetime of wisdom to her role as Leticia and creates a three-dimensional characterization rather than a cardboard caricature. Her extensive theatrical experience is likely responsible for her ability to bring characters to life. This is art as a collaborative process – the writer works in solitude, but no artist is a true artist without an audience and, in the case of an actor, without another artist to play off. There is no question Deborah Lee Fong is an artist.

It is hard to say where her artistic and personal journey will take her from here, but it will be another challenge she meets head-on and masters. The increasing scarcity of parts for aging female performers still endures as a problem in the theater, film, and television worlds, but Fong has redoubled her efforts to secure worthy work fueled by her grit and gifts. Whatever she appears in next, she won’t be going anywhere anytime soon.

A final key piece in what makes Deborah Lee Fong such a compelling talent is her personal adaptability. Fong isn’t moored in the past, brandishing outdated attitudes opinions, and has gracefully navigated through epic changes in her professional world. There are far greater opportunities than ever before for artists such as Deborah Lee Fong and her recent appearance in …And Just Like That serves notice she will continue capitalizing on each one that comes her way. It is a high profile and, hopefully, revelatory moment for others as well.