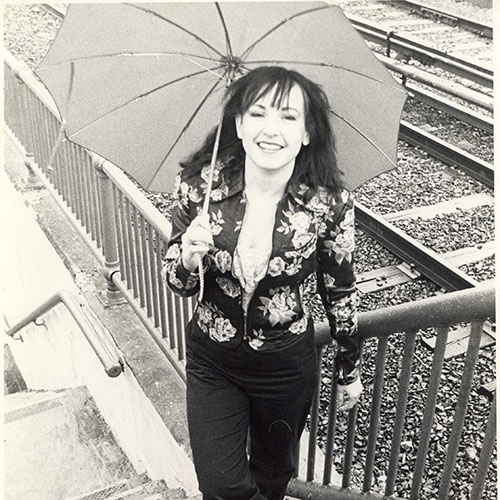 The Christmas album is a tried and true staple of the music industry. Seemingly you’re almost not considered a true professional artist until you’ve done one, and by all accounts it’s a seemingly clinical affair. For every authentic Bing Crosby style release, there’s 5 that are wretchedly cynical. It’s somewhat understandable however, writing an original Christmas song is hard.

Not everyone can contribute to the zeitgeist like Mariah Carey or the Kinks. One way to dissuade others from believing that it’s a simple cash grab is by imbuing the project with so much sincerity, it ricochets from being corny all the way back to something, dare I say magical. Such is the case with “A Capella Holiday Classics” from stellar ensemble The Accidentals led by Margret Dorn. Coming in at 33 tracks, the entire affair is memorable recordings of Christmas classics, but handled with the poise and respect and efficiency that’s been a staple of the A Cappella group for decades now.

The group consisting of *deep breath* Emily Bindinger, Dennis Deal, Margaret Dorn, Bill Mitchell, Marcia Pelletiere, Catherine Russel, Rosie Vallese, and Jim Vincent have carved out an incredible niche for themselves defined by their repertoire, arrangements, harmonies, and in their live performances, their off-kilter sense of humor. It’s actually not out of the realm of possibility that you’ve heard them in films and television programs like “Get Carter”, “Enemy of the State”, and “Spin City” to name a few. I would certainly say that The Accidentals has spoiled us with its selection and I want to emphasize that with the exception of two tracks (“This Gift” and ‘The Last 12 Days of the World”) it is entirely A Capella, so if that isn’t your thing, I understand, but I’d argue that things songs kind of exist more passionately in that form.

MORE ON THE ACCIDENTALS: http://www.theaccidentals.com/

With the past year having flown by and the holiday season seeming nonexistent, this almost harkens back to simpler times of actual in person carolers. The whole group works as amazing as you’d expect for decades old veterans at this point, and some of my favorite tracks like “Carol of the Bells”, “The Christmas Song” and “Winter in Manhattan” get the all-star treatment they deserve. It’s an album that not only stirs the best feelings of the holiday season within the listener, but is also just an incredible display of the human voice itself. I can absolutely see this album having a staggeringly long shelf life thanks to its selection of timeless classics, and I can see it used as ambience for many a holiday get togethers thanks to its eclectic picks of bombastic showstoppers and more intimate fare.

Naturally the only detriment to the record is that you’ll primarily get usage out of it during one time of the year, but if anything, it’s something to look forward to. Wonderfully mixed and mastered and assembled by a group that’s operating at the height of their craft, it’s an essential holiday album and if you’re a completionism for Margaret Dorn and The Accidentals, truly a wonderful gift.