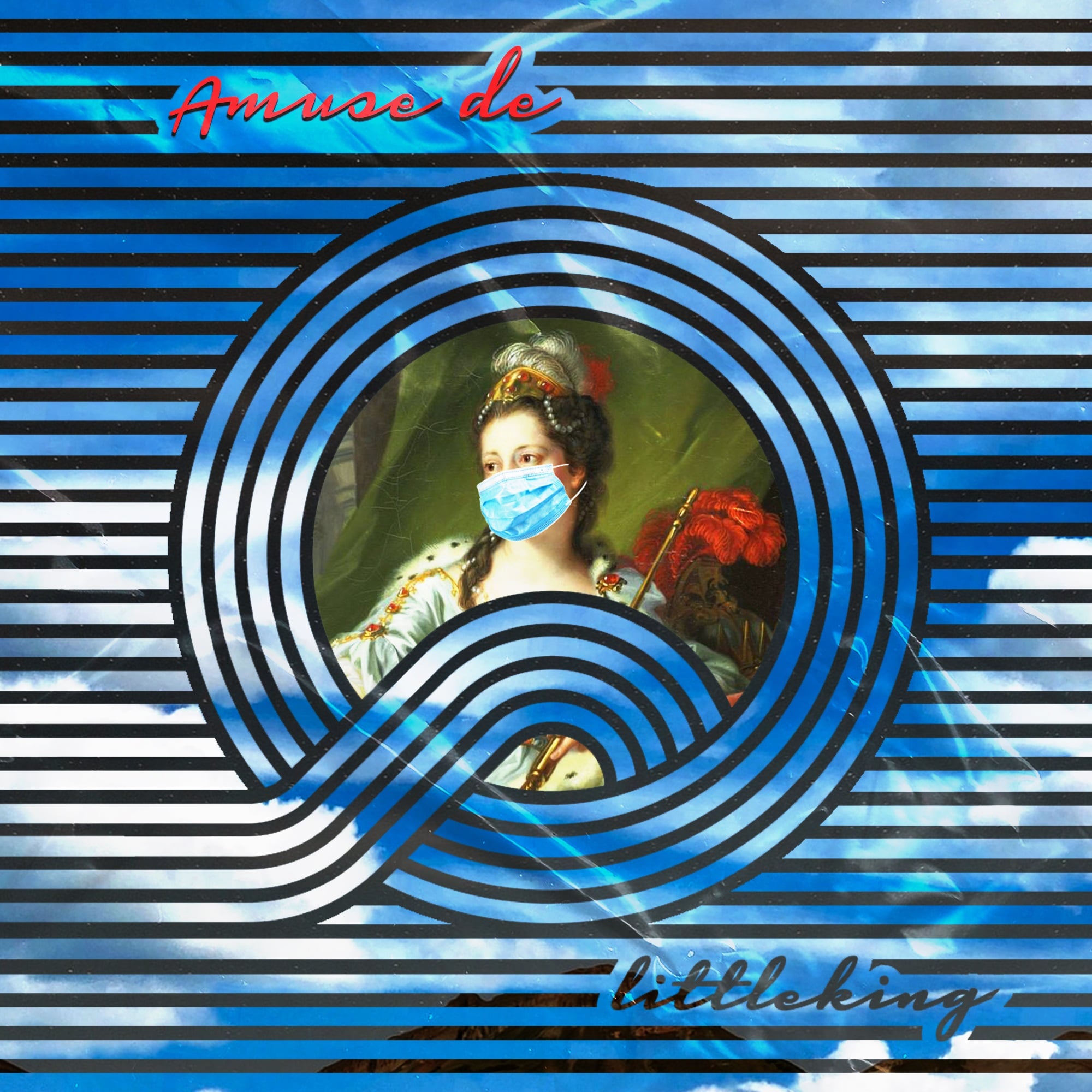 Ryan Rosoff’s experience with different forms informs Little King’s seventh release Amuse De Q without ever losing sight of its chosen medium. Rosoff is a superb storyteller without ever over-indulging his wont for the literary; there isn’t a single track included on this release that “forgets” it’s a song. The El Paso based band drafts several guests to help flesh out their musical vision but the core three of Rosoff’s vocals/guitar, Eddy Garcia’s drums, and Manny Tejeda’s bass work is what carries the day for Amuse De Q. They provide an engaging and versatile vehicle for Rosoff’s songwriting.

Rosoff is a first class musician as well. The flexibility he shows shifting his guitar playing from boisterous rock into a more orchestral approach during other tracks. Amuse De Q begins with “Bombs Away”, a tasty and raw-boned guitar workout, but the instrument never dominates the opener. Tejeda and Garcia’s partnership throws off sparks from the outset and they grow increasingly ferocious as the song develops; the production, likewise, makes sure they pack maximum sonic oomph without overpowering listeners.

It isn’t difficult to understand why Rosoff wrote “Keyboard Warrior” and many will sympathize but, ultimately, a significant number of listeners may find it full of sound and fury, signifying nothing. It’s an easy target. Much of the arrangement approximates Rosoff’s rage quite well and it’s heartening to hear how he’s willing to throw curve balls our way regarding expectations. Some of the guitar work actively pushes back against the idea of this being an angsty rocker and, instead, embraces a much moodier tone.

Some will hear “How Could You?” as one of the bravest songs they’ve heard in recent memory. There are few songs covering domestic abuse, it isn’t a particularly attractive subject, but Rosoff wants to write songs about the world we live in rather than the world we wish for. Tejeda’s bass is especially memorable and much of the song hinges on his simple but melodic line. Bringing in a female guest singer, Jessica Flores, is a bold but intelligent mood that bolsters the song’s credibility.

David Hamilton’s string arrangements provide an important secondary dimension to the album’s music identity. Nearly half the album features quasi-classical touches along these lines, and it gives “How Could You?” a certain amount of gravitas it would have otherwise lacked. He widens the sound of “Set It Down” as well, albeit with percussion and keyboard rather than strings, and it is a fitting addition. It gives extra weight to this vulnerable reflection on a dispiriting personal turn that leads the songwriter to a better dawn. Want more details? The song reveals all.

The near-ethereal character of “Melpomene” is a chance for Little King to demonstrate highbrow influences. It does not saddle them with pretentiousness, however. The reverb-laden guitar eschews any of the muscular thrashing and riffing heard in earlier songs in favor of a much more melodic sensibility. The title song, “Amuse De Q”, incorporates strings with the same seamlessness as its earlier appearances. It’s another top shelf example of the intelligent songwriting Rosoff brings to the table; it’s no small feat to package erudite writing with pop structures with such success. Little King’s new album finds this indie stalwart working at a high level.