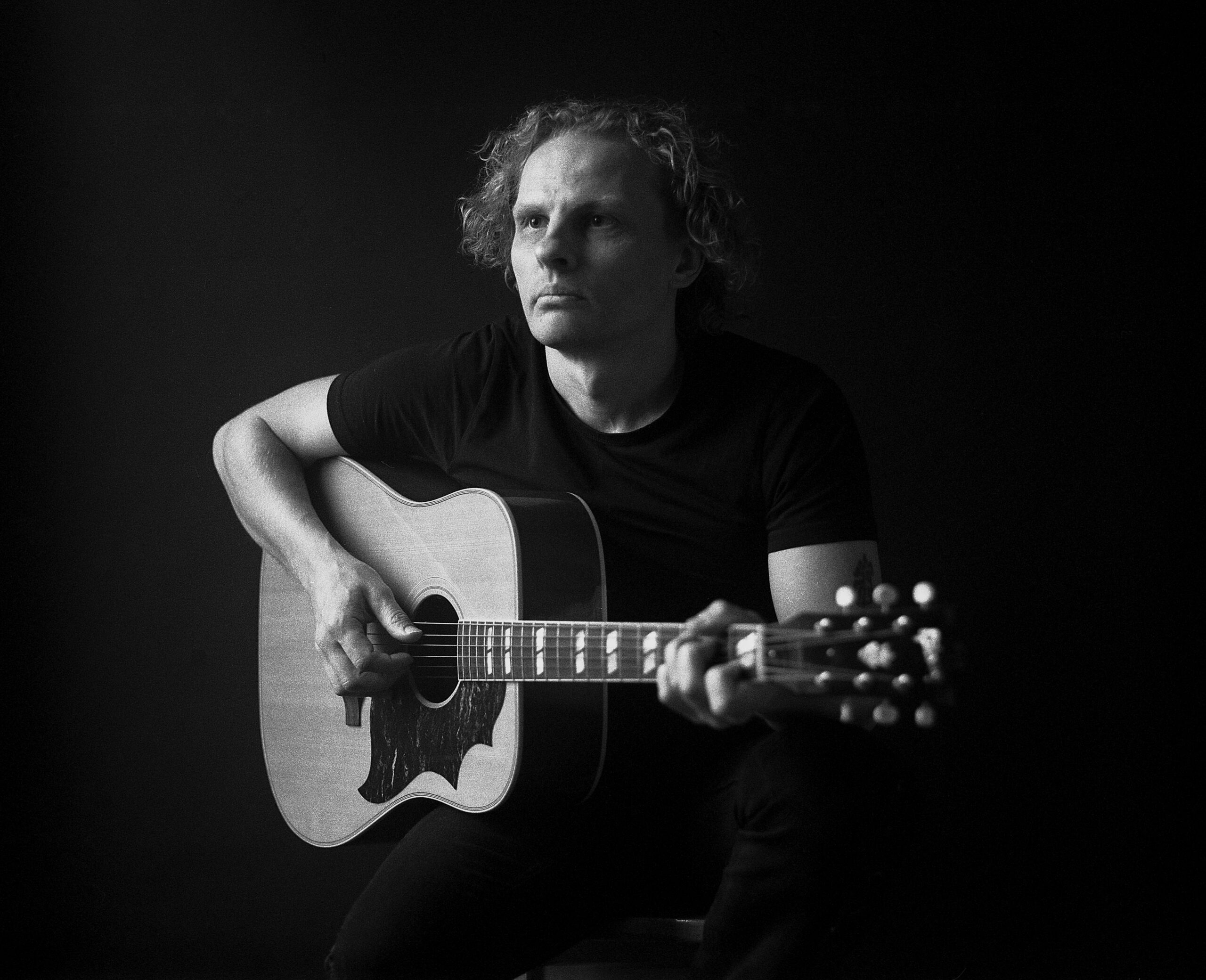 Mauri Dark is finally here to put it all on the record. While his name might not ring a bell outright, those in the metal demographic might recall his contributions as one-half of the metal duo Mystons. However, knowledge of his past isn’t crucial to digest and enjoy the context of his debut solo outing, Dreams of a Middle-Aged Man, but those with experience in regards to Dark’s work will gain all the more from his latest effort.

Opening with the slow-burn, molasses-infused “Poison Woman,” Dark instantly welcomes listeners into his subconscious; the dreamlike state of every song within Dreams of a Middle-Aged Man is absolute, and Dark’s profoundly deep vocal delivery ushers listeners even further into a sleepy atmosphere. Through the use of his baritone guitar, the lower tone is similarly maintained in the musical composition that accompanies Dark’s voice. The twang of Finland noticeably present in his vocals only further texturizes the otherwise deeply Southern sound that American audiences will be very familiar with, drawing comparisons between someone as worldly and accentuated as Gogol Bordello as much as someone deeply American in his roots, such as the obvious comparison of Johnny Cash.

Mauri Dark similarly cites Leonard Cohen and Nick Drake as major forces in his songwriting and musical style, and the vocal intonations, in particular, are without a doubt attached to these two songwriters in particular. “Chains of Solitude” feels like an unearthed cover of a misplaced Cohen demo in a lot of ways, and Dark can pull it off extremely well. “Maybe one day I’ll be freed from my pain, and the chains of solitude are then washed away.” True heartache and artistry penetrate the grassroots Southern rock aesthetic that initially prefaced the album, ridding any upfront musical attention in favor of Dark’s voice leading the way as he puts all of himself into the performance. “Thin Line of Understanding” works as a similar song in its construction, putting Dark’s voice front and center as he yearns for any glimpse of closure on a shaky relationship. “Life may draw a gap, a canyon between us, but we can choose to walk on a shaky bridge of love.” The use of piano gives the song a weightless effervescence, but the lyrics feel like gut punches thrown without restraint.

The way that Mauri Dark can sing about a variety of subjects, from heartbreak and loss to the miracle of new life and a reconstructed heart, and all within the confines of a single album that feels far more nuanced in its expertise than any solo debut has any right to be, will leave listeners speechless. Coming from a rockstar background based around Finland and the metal scene, the audience gets the idea that Dark has undoubtedly seen even more than his brutally honest lyrics let on, as transparent as they are. Dreams of a Middle-Aged Man might feel like the title of a friend’s album who loves to tell you about that tooootally crazy dream he had last night, but rest assured — Mauri Dark’s dreams are far more interesting than that one colleague’s dreams could ever try to be, and he has the album to prove it.