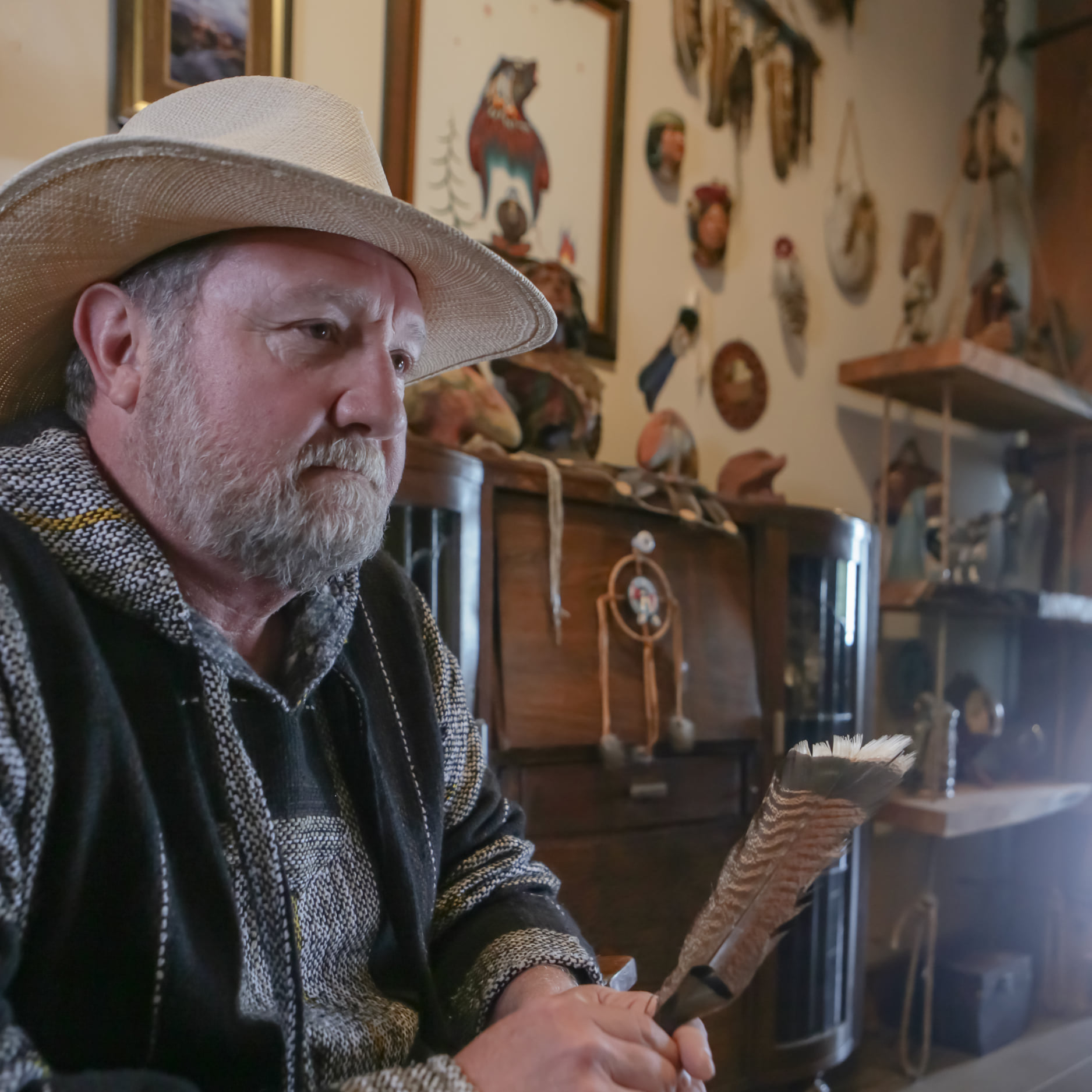 Sometimes you can go home again. Human beings can have many homes. There is the home you build with family, parents, siblings, spouses, and children. There is the home you experience when immersed in something you love; It’s said you can’t go back because nothing is the same, everything is changed, you won’t recognize home anymore. What once was now is no longer. Bill Abernathy proves it wrong, however.

He went home again in 2017 with the release of Find a Way. He returned to music after an adult life spent crafting a business career for himself and raising a family. The years and experiences of a lifetime, however, refined his youthful passions into something altogether finer than three chords and the truth. His latest release, a four song effort entitled Who Are You, Who Am I?, couples his musical talents with his considerable skills as a writer.

Those skills are obvious from the first. “More Than Meets the Eye” is far removed from the Americana but Abernathy proves, unequivocally, rock falls well within his wheelhouse. He pushes his voice to its limits with this performance, but his singing holds up and even flourishes in this environment. There are no virtuoso trips in this song or his other material. The tempo shifts scattered throughout the track hit the right note without ever overloading the song’s modest running time.

The move from Who Are You, Who Am I?’s opener into the comparatively soothing strains of “A Thousand Wild Horses” is the most notable shift during the EP. Abernathy excels within his niche as a folk songwriter and performer and there’s echoes of Cat Stevens’ early material present in his softer material. It has experienced significant chart success and Abernathy accomplishing this with a song so thoroughly steeped in Americana is even more notable. The slightly grizzled edge in his voice gives the cut additional gravitas.

The EP’s third track is “The World’s Foremost Authority on Everything”, a hilarious yet still restrained take on a personality type we’ve all had the misfortune of encountering. It’s informed by equal parts comedy and life experience. There’s little questioning the spot on accuracy of Abernathy’s observations and marrying it to an uptempo shuffle is a wise move. Abernathy’s vocal has enough winking irony and brio to carry the day.

The closing track “Who Are You, Who Am I?” closes the EP with just the right balance of simplicity and complexity. The deceptively simple sound and arrangement are inviting from the outset, Abernathy’s independent status is certainly doesn’t stop him from getting first class production qualities, and he incorporates the vocal masterfully into the mix. The guitar sound is his singing’s chief rival for receiving listener’s attention – it is never ostentatious but recorded with clarity and warmth throughout the EP. Bill Abernathy is one of the finest writers working in the Americana genre today. He focuses on the song lyrics, yes, but it never comes at the expense of satisfying music. Who Are You, Who Am I? is one of the best all-around releases in 2021.

Blueface, Chrisean Rock’s ‘Wedding’ Seems to Just Be a Video Shoot
‘Entourage’ Is for the Girls
The Best Hand Creams Fight Hangnails, Cracks, and Dryness
Lemmings & Collabs
17 Best Ski Jackets for Men in 2023: Arc’teryx, Moncler, The North Face, and More