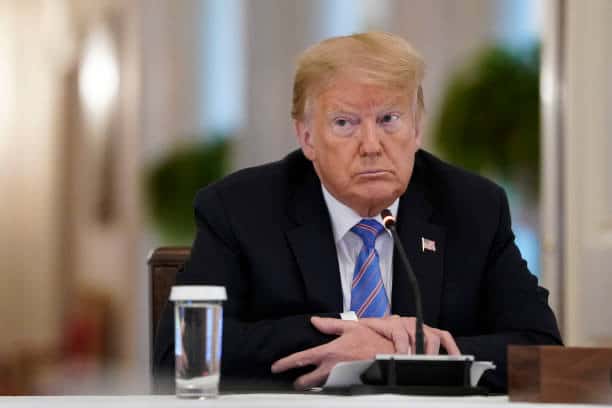 #Roommates, despite him no longer occupying the office of president, Donald Trump has managed to still stay in the news for unfortunate reasons. According to reports, Trump’s namesake Atlantic City Hotel & Casino was recently demolished in front of a local crowd of cheering bystanders, due to poor revenue performance.

@APNews reports, disgraced former President Donald Trump’s is known for his multiple real estate properties, but one of those is officially gone forever. The Trump Plaza Hotel & Casino in Atlantic City (which had been closed since 2014) was permanently demolished, as a crowd stood around and applauded the property being reduced to ashes. Around 9AM, a series of controlled explosions were set off before the 39-story building imploded. Those at the scene stated that the entire process unfolded in less than 30 seconds, from start to finish.

Trump Plaza was the last of four Atlantic City casinos to close in 2014, victims of an oversaturated casino market both in the New Jersey and along the larger northeast. There were 12 casinos at the start of 2014, now there are only nine left. By the time it closed, Trump Plaza was the poorest-performing casino in Atlantic City, taking in as much money from gamblers in 8 1/2 months as the market-leading Borgata did every two weeks.

Short-term plans call for the site to be paved to provide new parking while a permanent development project is considered. “I got chills,” Atlantic City Mayor Marty Small said. “This is a historic moment. It was exciting.”

Mayor Small estimated the remaining pile of rubble from the demolition is about eight stories tall, and would be removed by June 10th.  Additionally, Some of it could be used by environmentalists interested in building an artificial fishing reef off the coast of Atlantic City.