The electrification of the Jeep Wrangler doesn’t end with the plug-in hybrid 4xe.

Jeep has teased a battery-electric Wrangler concept vehicle ahead of its reveal at the Easter Jeep Safari in Moab, Utah, which will take place from March 27 to April 4.

Published on the Jeep website, the teaser may be shadowy but it nevertheless reveals a Wrangler EV that looks much like any other Wrangler.

Expect detail changes to the four-wheel drive’s heritage exterior, including a partially or fully closed-off version of Jeep’s seven-slot grille and unique badging and trim. 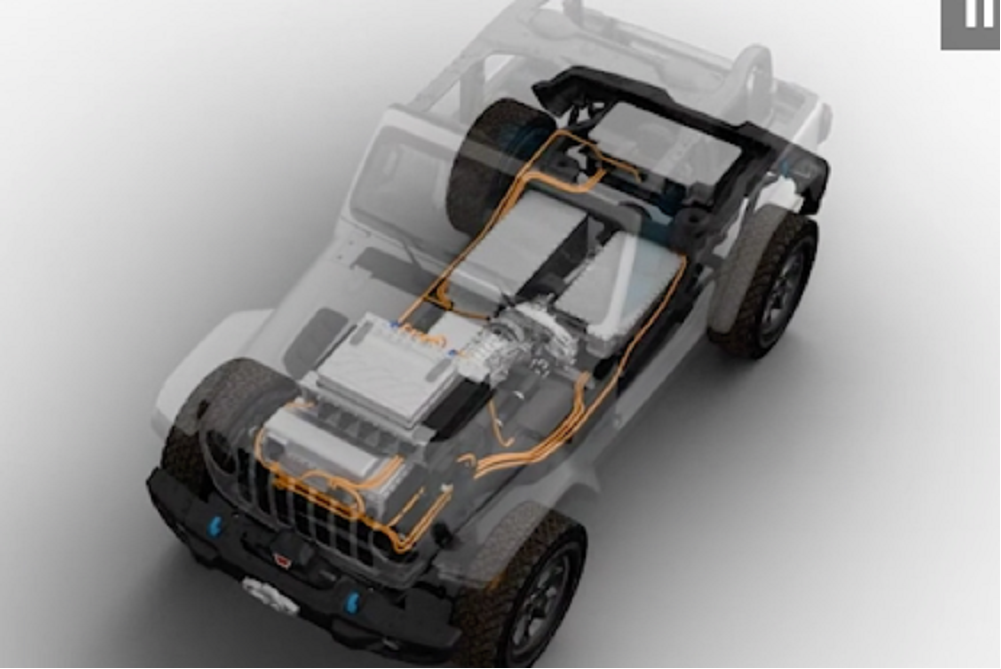 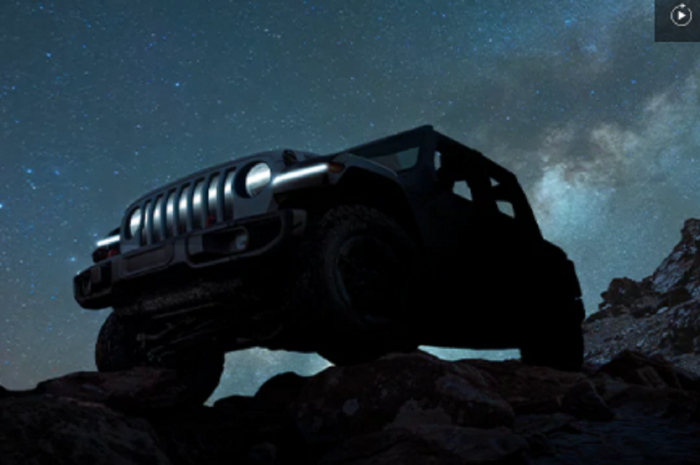 Jeep is also planning to install solar-powered charging stations in locations associated with the brand, such as Moab, Utah and California’s Rubicon Trail.

“Especially when we talk about core vehicles like the Wrangler, it really never matters to us where the power comes from, only that it goes to all four wheels,” he said.

“I truly believe I could make a better [electric] Jeep, not just a compliant Jeep. I could make something that’s truly a better off-road machine. Why wouldn’t we be attracted to doing something like that?”

“It actually could be a super-duper, better Jeep… That’s really exciting, just to have that option.” 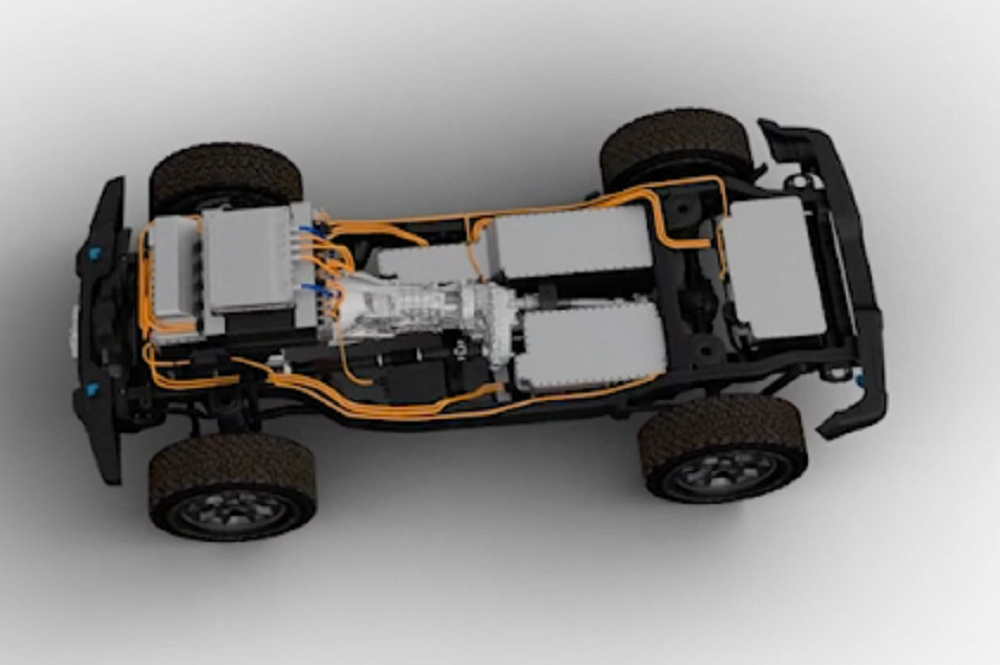 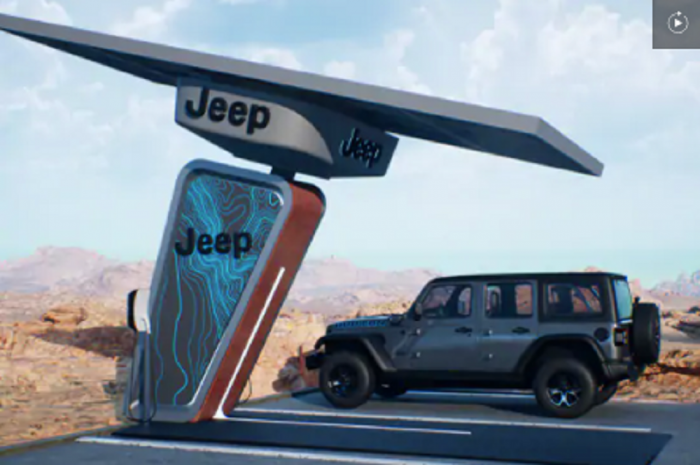 The ability to fit a motor to each individual wheel and precisely control how much torque is being put to the ground could open the door for a new breed of off-roaders, which will also include an electric version of the Mercedes-Benz G-Class.

With 100 per cent of their torque available from standstill, electric motors also remove the need for low-range transmissions.

If a petrol- or diesel-powered four-wheel drive breaks down, there is no backup power source. But one of the motors on a dual- or quad-motor electric car is damaged there’s still a way to get back to safety. 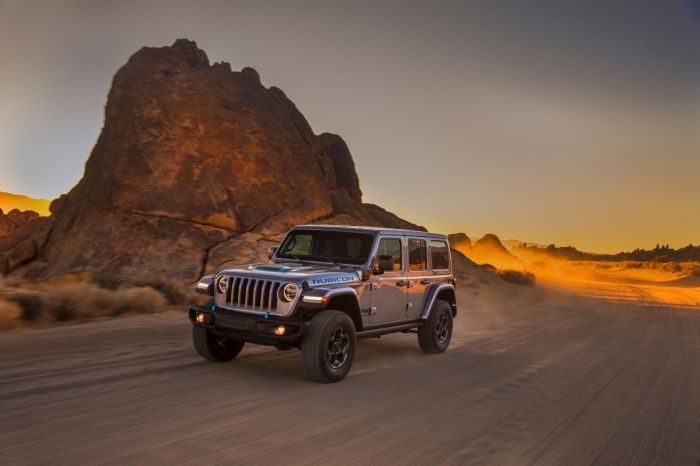 Before a Wrangler EV reaches production, there’ll be the Wrangler 4xe.

Jeep claims outputs of 280kW of power and 637Nm of torque.

The 4xe uses an eight-speed automatic transmission and employs regenerative braking for all four wheels. Jeep claims an electric-only range of 40km.

Jeep believes the trail-rated Wrangler 4xe will endear itself to off-road enthusiasts due to the instant electric motor torque, as you won’t need to build up engine rpm. 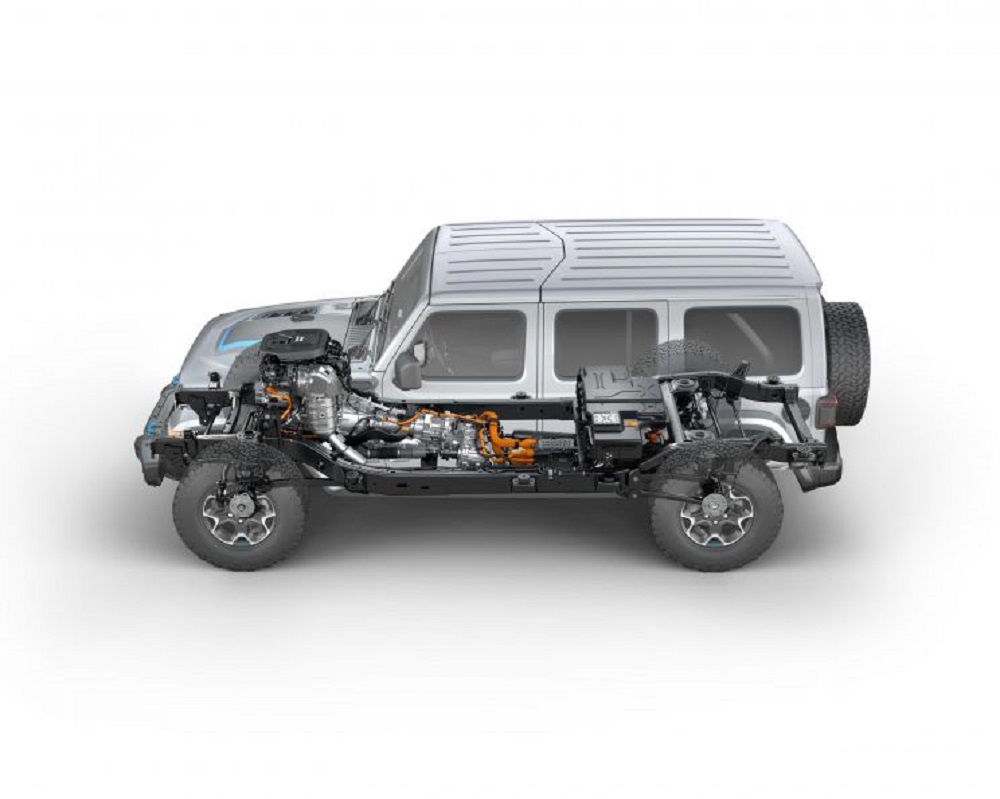 It’ll be available in base Wrangler and Wrangler Sahara variants with their full-time Selec-Trac four-wheel drive systems, two-speed transfer case and 2.72:1 low-range gear ratio. A rear limited-slip differential is optional.

All 4xe models have a water fording depth of 760mm.