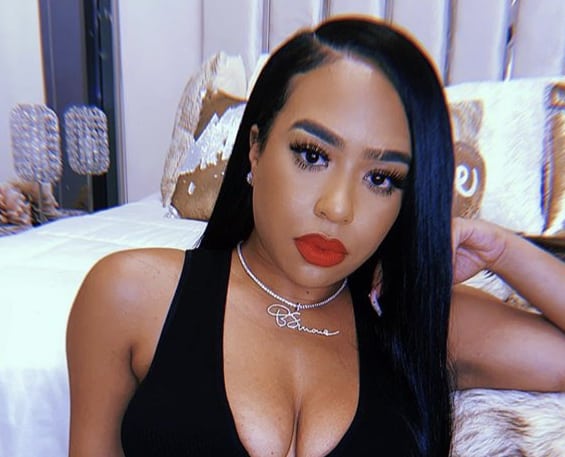 On Tuesday, B. Simone took to social media and seemingly addressed claims that she plagiarized content in a viral video that spoke about manifesting the love you desire.

One woman claims she said the exact same thing two weeks ago, and now #BSimone is getting credit for it. The second woman, who is a published author, alleges that #BSimone literally took the words from her book to pass it off as her own content.

The comedienne then added, “Whatever you wanna become write it down see it plain as day. All jokes aside!”

She continued, “All these things, and we ain’t even half the things on that list. The comedienne added, “He gotta be a family man; b**ch, you ain’t talked to your mama in 6 months. But, you want him to be a family man!”

B. Simone also went on to talk about not being in shape but wanting a man who works out. The 30-year-old also spoke about women who want a financially stable but their account is in the negative.

She stepped into TSR and stated, “God is so good! Once you put your energy into loving yourself yourself you’ll become the best version of you and attract what you become. I truly love you all. Let’s manifest LOVE all 2021 and beyond.”

Social media had a few thangs to say about these remarks. One person tweeted, “B Simone got a boyfriend 3 business days ago and now she wanna coach everybody on how to settle and get one. Babe leave us alone”

Another person chimed in and said, “B. Simone can’t catch a break. Everything she says from now on will be laughed at. It’s quite sad.”