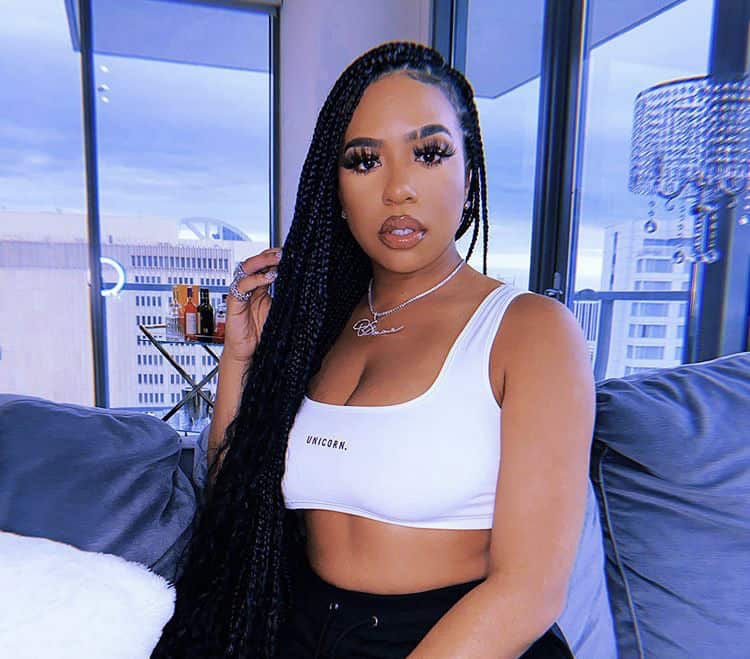 On Sunday, while vacaying in Tulum with her new boo–NFL player Chris Smith–B. Simone made a video about manifesting love.

Welp! On Tuesday, social media had a lot to say about it.

In the 2:40 video, she referenced the ‘Manifesting Love Challenge.’ The influencer also spoke about women who create standards for men but lack in the same areas they require.

She continued, “All these things, and we ain’t even half the things on that list. The comedienne added, “He gotta be a family man; b**ch, you ain’t talked to your mama in 6 months. But, you want him to be a family man!

B. Simone also went on to talk about not being in shape but wanting a man who works out. The 30-year-old also spoke about women who want a financially stable but their account is in the negative.

She stepped into TSR and stated, “God is so good! Once you put your energy into loving yourself yourself you’ll become the best version of you and attract what you become. I truly love you all. Let’s manifest LOVE all 2021 and beyond.”

Social media had a few thangs to these remarks. One person tweeted, “B Simone got a boyfriend 3 business days ago and now she wanna coach everybody on how to settle and get one. Babe leave us alone”

Another person chimed in and said, “B. Simone can’t catch a break. Everything she says from now on will be laughed at. It’s quite sad.”

Eight Heartwarming, Wacky, and Weird Underrated Christmas Specials for When You’ve Seen ‘Charlie Brown’ Too Many Times
5 Secrets to Landing Your Dream Luxury Home
Book Ratings Systems Are Not a Solution: Book Censorship News, November 25, 2022
Ellen Wittlinger, Author of Hard-Hitting Queer YA, Has Died
How ‘Bones and All’ Convincingly Transformed Timothée Chalamet and Taylor Russell Into Cannibals