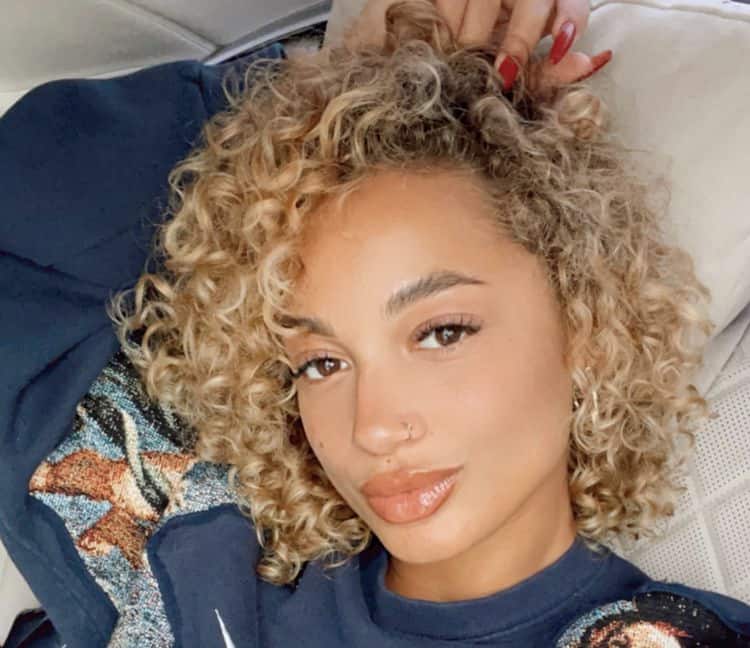 Roommates, DaniLeigh has been having a rough few weeks—and after she recently announced her breakup from ex-boyfriend DaBaby, it appears she has had enough of the snarky comments. DaniLeigh clapped back in a major way after an online troll dropped down in her comment section to tease her about the end of her relationship.

Following the intense backlash regarding her song “Yellowbone,” DaniLeigh has been in the middle of a storm of comments and opinions about the song’s subject matter—which she said is meant to celebrate light skin women.

Well, now that she has broken up with DaBaby (again) her critics have been flooding her social media comments teasing her. When one commenter wrote “So yellow bone is not what he want???” DaniLeigh fired back quickly.

She responded with, “Is this all y’all gon’ say??? And for how long??? Come up with some new ft or jus get off my page.”

As we previously reported, Dani announced that she was single and no longer in a relationship with DaBaby earlier today, just one hour after sharing a video of Influencer India Love on his Instagram, dancing to his song “Masterpiece.” He captioned the video, “This Tik Tok is a #Masterpiece @indialove. Morning, the best re-enactment of this Tik Tok gets flown out for a date w/ Baby on Valentine’s Day. #MASTERPIECECHALLENGE Choosing the winner Friday, February 12th. Starting now… GO.”

Diddy Took Us All The Way Back With His Hits During His BET Awards Performance…With Tons Of Special Guests!
Worldwide Luxury Homes Exchange for Like-Minded Travelers
Travis Barker Hospitalized, Kourtney Kardashian There, Daughter Asks for Prayers
Diddy & Yung Miami Wear Matching Shirts At The BET Awards After Party And Vibe With Saucy Santana!
1970 Mercedes-Benz 280 SE 3.5 CoupÃ