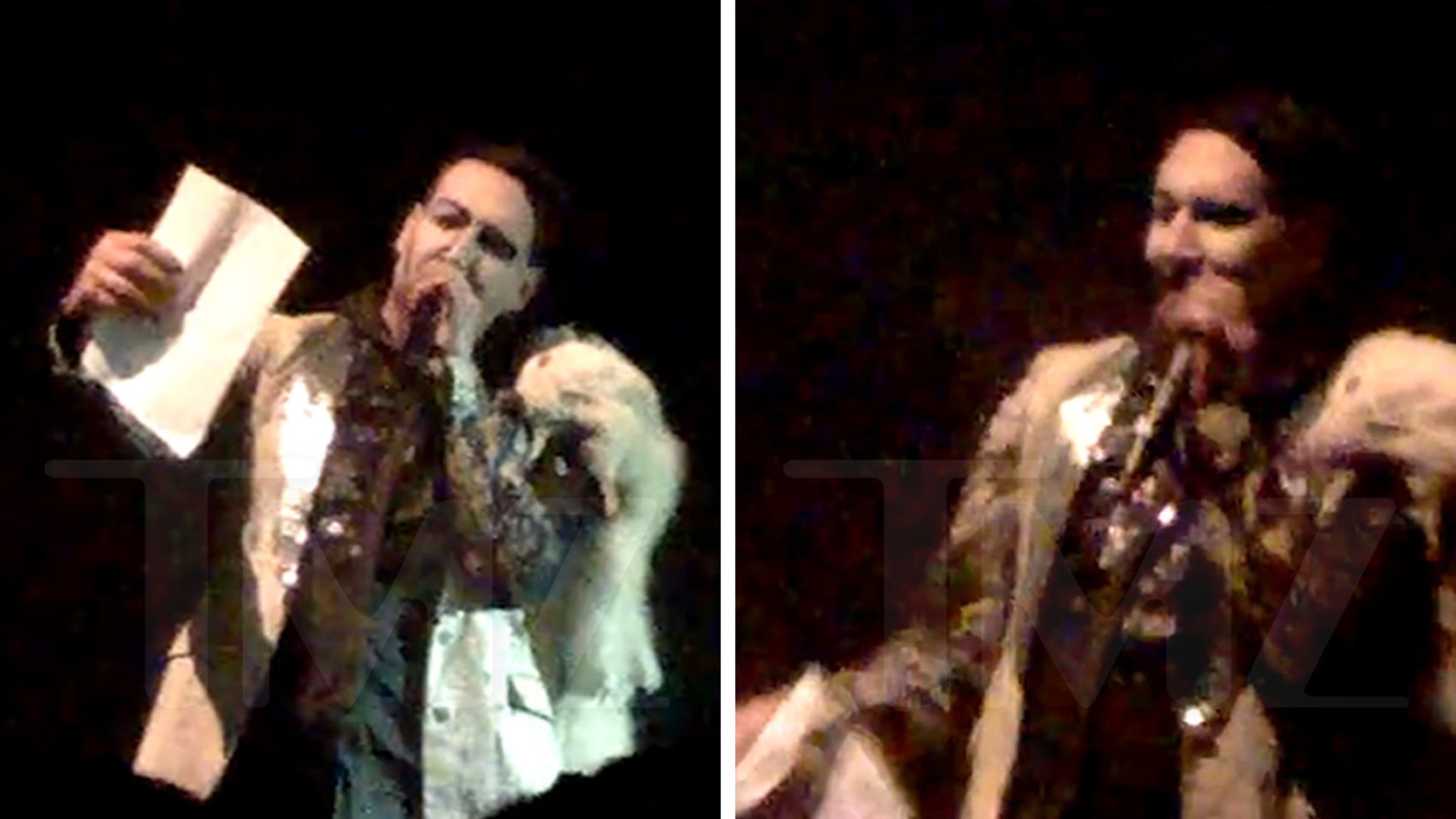 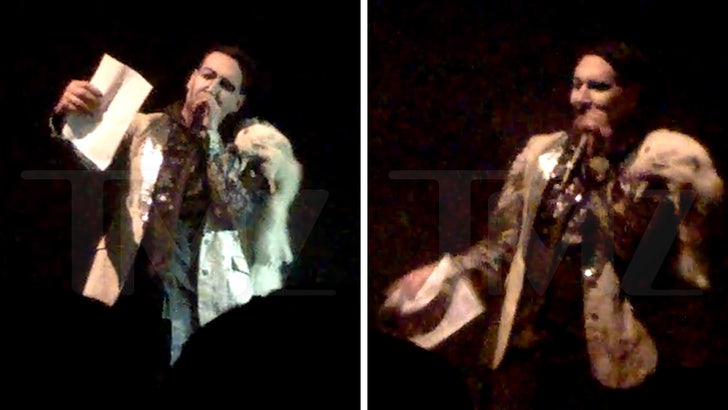 Marilyn Manson gave people a hint at least one of his exes was very angry at him, years before Evan Rachel Wood made her allegations against him.

Manson was performing at the Riviera Theatre in Chicago on February 5, 2015, when he took a break in between songs and pulled out a letter.

It appears the letter was written by an ex-girlfriend, though Manson did not reveal her name. He toyed with the crowd … “Let’s not assume this is written about me. Don’t be prejudiced. Don’t be racist toward me.”

He reads a line where she wrote he was so drunk he couldn’t look her in the eye, and then ad-libs, “It’s starting to sound like me a little bit.” 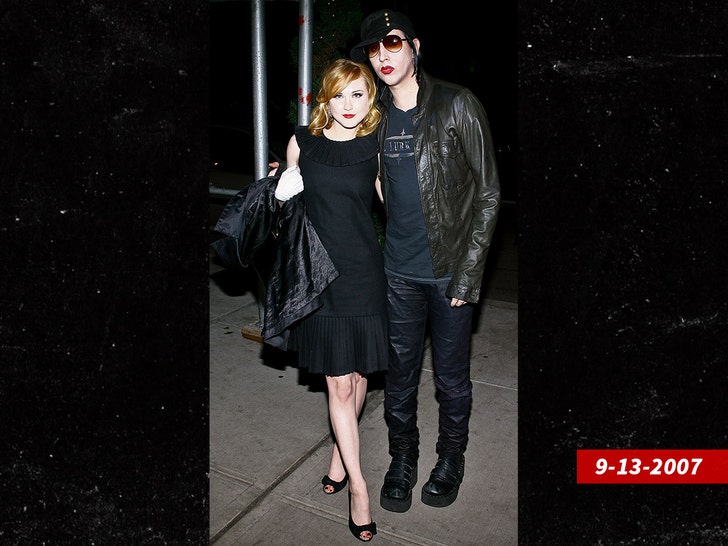 He continues reading … “I hope your show especially fails. I hope you trick every dumb girl into thinking they got the golden ticket.”

Manson then asks the crowd, “Do I need to read the rest?” He then crumples up the letter and begins his next song.

As we reported, Manson’s ex, Evan Rachel Wood, publicly claimed the shock rocker abused her for years while they were together.

Manson has been dropped by his record label, his talent agency and CAA.

Real Housewives Ultimate Girls Trip Ex-Wives Club Power Rankings: Round 1
Westworld’s Roaring ’20s Park Is a Subtle Reference to Season 1
Katy Perry Dragged for 4th of July Abortion Tweet Due to Caruso Support
NYC Mayor Eric Adams Says Rudy Giuliani Should Be Investigated For Reporting A False Crime After Claiming To Be Assaulted While Video Showed He Was Tapped On His Back
The Many Mysteries, Twists and Questions of Westworld, Explained