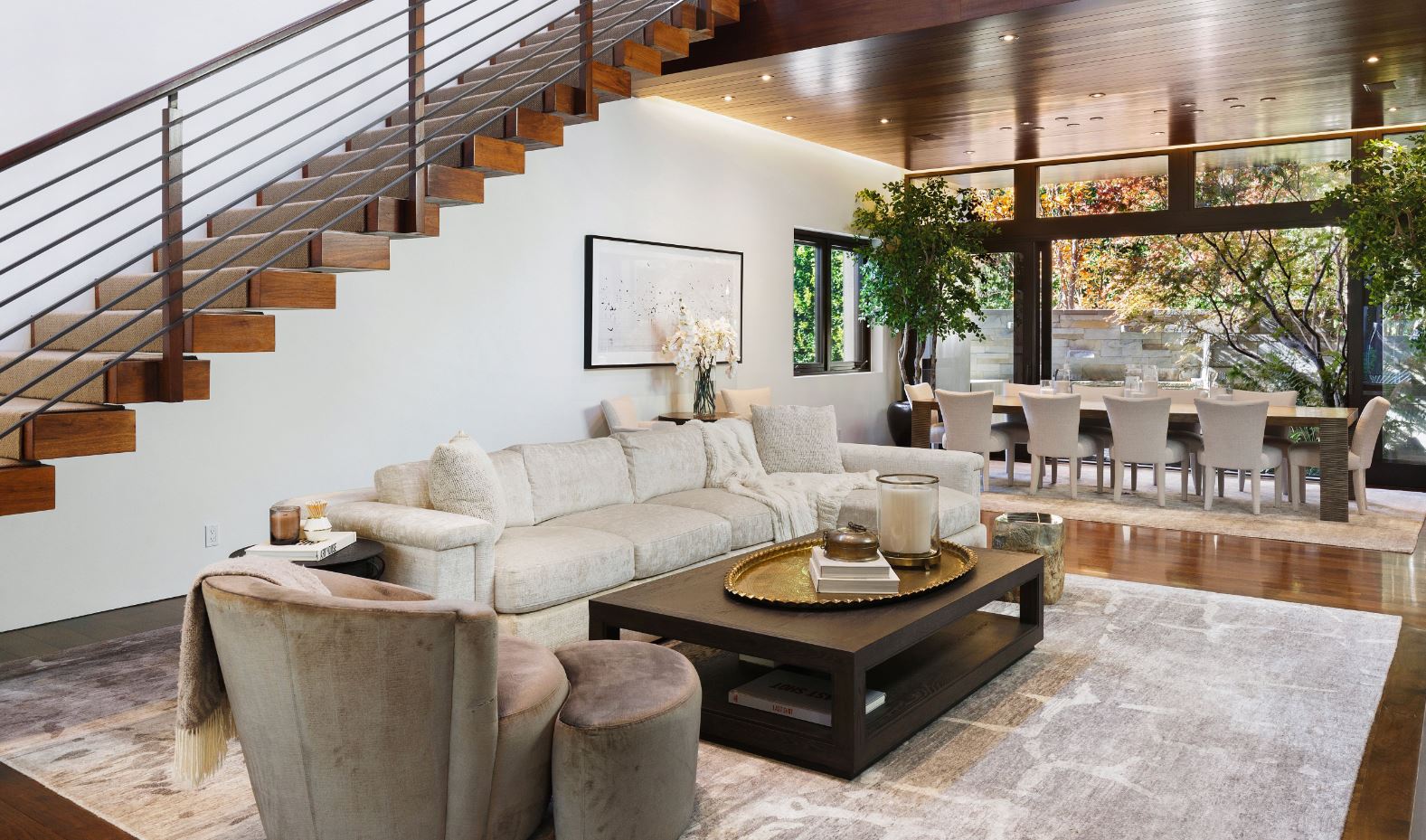 Whether you know him from Good Will Hunting, The Bourne Identity, The Departed, or any of the other countless films he’s starred in, you definitely know Matt Damon. At this point, the actor is Hollywood royalty and his 13,508-square-foot estate definitely shows it.

Purchased back in 2012 for $15 million, Damon and his wife have listed the property for $21 million, having packed up to move to their six-bedroom penthouse at the Standish in Brooklyn Heights, New York (which they purchased in 2018 for a record-breaking $16.745 million). With 7 bedrooms, 10 baths, and a private-gated entry, the home’s focal point is the center atrium soaring to 35-feet with mahogany ceilings and light pouring in through windows branching out to the open-plan living. California-style formal rooms open seamlessly via movable glass walls allowing for vanishing thresholds between living and landscape.

The chef’s kitchen features mahogany with bluestone countertops, while the master suite has its own private terrace, dual dressing rooms, massage room, and bath. There is also a game room, bar office, staff quarters, wine storage and tasting room, and a media room. Outside is a pool, spa, children’s play area, waterfall, koi pond, and Hawaiian-style covered lanai for dining and lounging among tropical plantings.

The listing agent for the Damon home is Eric Haskell of The Agency, Beverly Hills. Photo Credit:  Alexis Adams