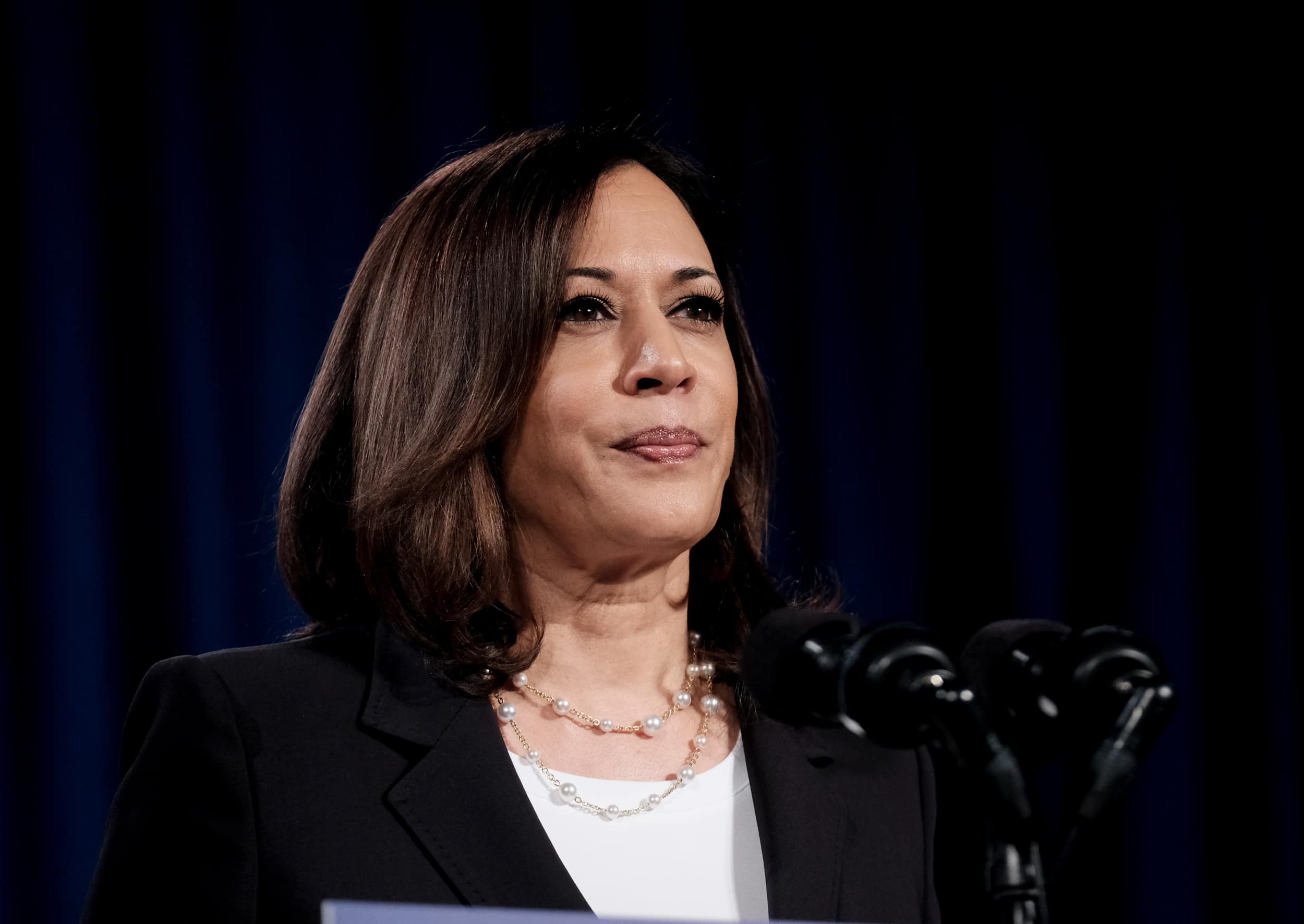 #Roommates, following the intensely tragic and stressful events that transpired during the recent riots at the U.S. Capitol, many were initially glad to see Vice President-elect Kamala Harris cover ‘Vogue’ magazine as a form of relief—but upon further inspection were incredibly underwhelmed. In response to the online backlash that the Kamala Harris cover was intentionally lackluster and uninspired, “Vogue” has officially responded.

@EntertainmentTonight reports Vice President-elect Kamala Harris just landed her first Vogue cover with two separate looks—however her team (and plenty of social media users) are definitely not happy with the magazine’s chosen cover shot. Initially Harris’ team reportedly agreed that the cover would be of her wearing the powder blue suit, and while that cover is one of the final selections, it’s not the main cover photo that ‘Vogue’ decided on. Instead, the highly-respected fashion magazine selected a dimly lit image of Harris in a black suit wearing Converse Chuck Taylor sneakers.

‘Vogue’ responded to the controversy via an official statement, noting that the shot of her in the blue suit is also on a digital cover of the issue:

“The team at ‘Vogue’ loved the images Tyler Mitchell shot and felt the more informal image captured Vice President-elect Harris’s authentic, approachable nature — which we feel is one of the hallmarks of the Biden/Harris administration. To respond to the seriousness of this moment in history, and the role she has to play leading our country forward, we’re celebrating both images of her as covers digitally.”

A source close to Kamala Harris confirmed that what ended up being the print cover was always going to be on the inside. Although her team never asked for photo approval, it was agreed upon that the cover photo would be her in the blue suit. There was constant contact throughout the process and at no point did Vogue relay they were switching the cover.

“In this moment where the country is so divided, where we need serious leaders, the blue and gold shot represents that,” the source says. “That would never have been approved, and Harris’ team is extremely disappointed.”

Meanwhile, a source for Vogue says the approach to working with Harris and her team was to capture her as a leader and as a person, and as she was most comfortable. The source stated they collaborated closely on all creative decisions, including that she would dress and style herself for the shoot, and both looks were selected by the Harris team.