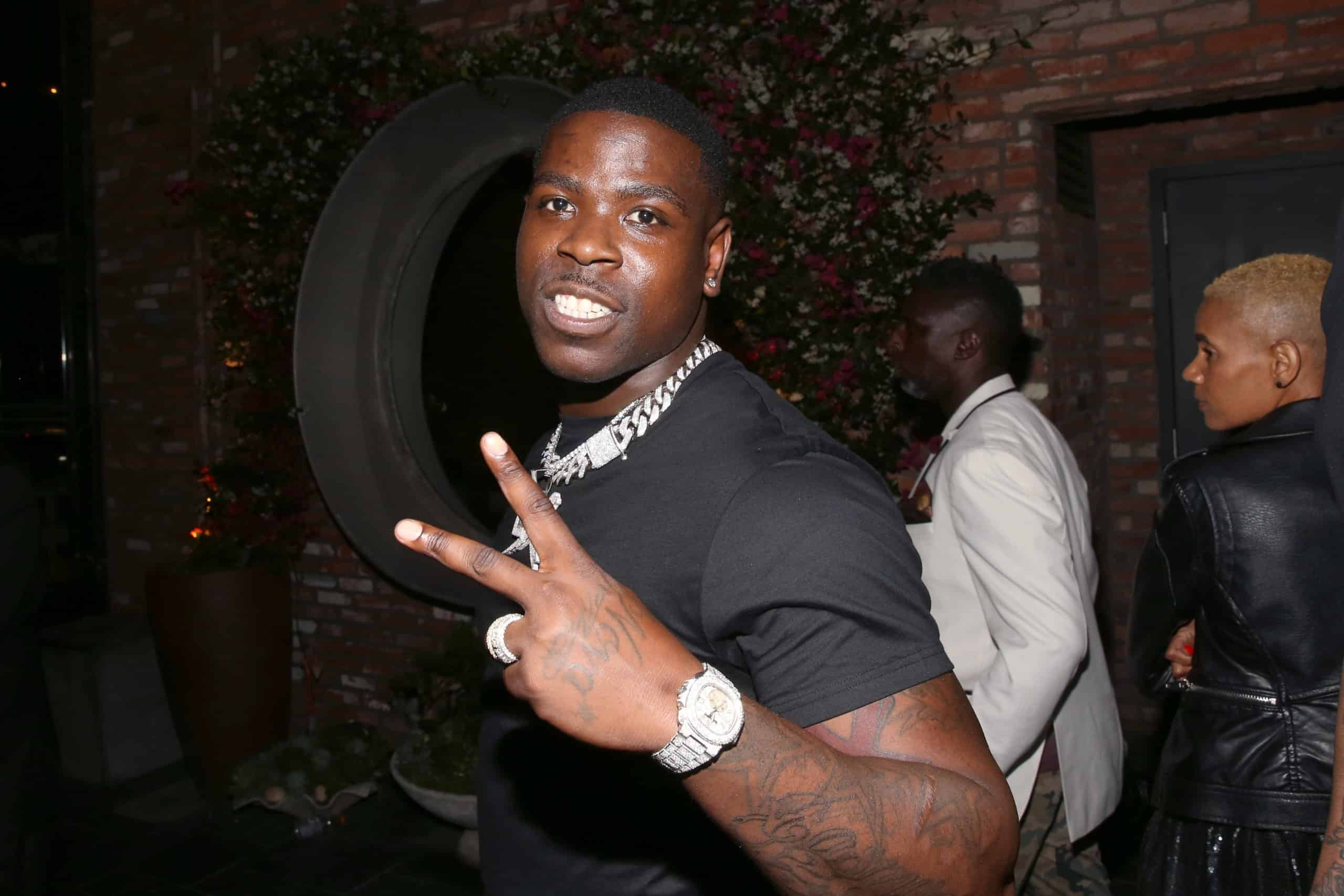 Rapper Casanova shared his first message on Twitter since being behind bars. The rapper shared two tweets on his account, which shocked some of his fans. If you recall, we reported in December 2020 that Cas, a member of the “Untouchable Gorilla Stone Nation” gang, turned himself in to the Feds’ custody. He was indicted on several charges, including racketeering conspiracy, firearm possession, and conspiracy to distribute controlled substances.

On Twitter, Cas shared a photo with him in an orange jumpsuit and black Durag on the phone, speaking to his children. He wrote, “ALL OF MY LIFE’S PROBLEMS HAVE ONE SIMPLE SOLUTION… A HUG FROM MY CHILDREN. I MISS YA’LL. SEE YA’LL SOON.”

A few days prior, on January 7th Cas also responded to a Tweet where rapper Rowdy Rebel spoke on Cas’s situation. In a video that was shared, Rowdy said, “Look at what they just did to the bro Casanova. I don’t know what he was out here doing, but I’m going to say it like this bro, in my heart, I feel like he wasn’t out here doing none of that bro. Every time I talked to that man, he had positive words for me. He had nothing but, ‘Yo listen. When you come home, make sure you straighten up. It’s people out here watching ni**as.’ He was putting me on to how to move when I come out here. So I don’t want to say my bro was a hypocrite.”

He continued saying, “If he is telling me yo Rebel when you come home to straighten up, why would he be doing that, not watching his surroundings.” Rowdy also spoke about the negative media attention that he received. Cas responded to the post, saying, “APPRECIATE YOU, ROWDY.”

Casanova is currently facing a life sentence in prison if he gets convicted.

Cool New Stuff in December 2022, Including Brooks Running Sneakers and a Mido Watch
14 Gifts To Make Your Holidays Even More Special
Trending Styles of Wedding Venues in Calgary
A Suspect in Takeoff’s Murder Has Been Arrested
The SSENSE Sale Is Still Going Strong