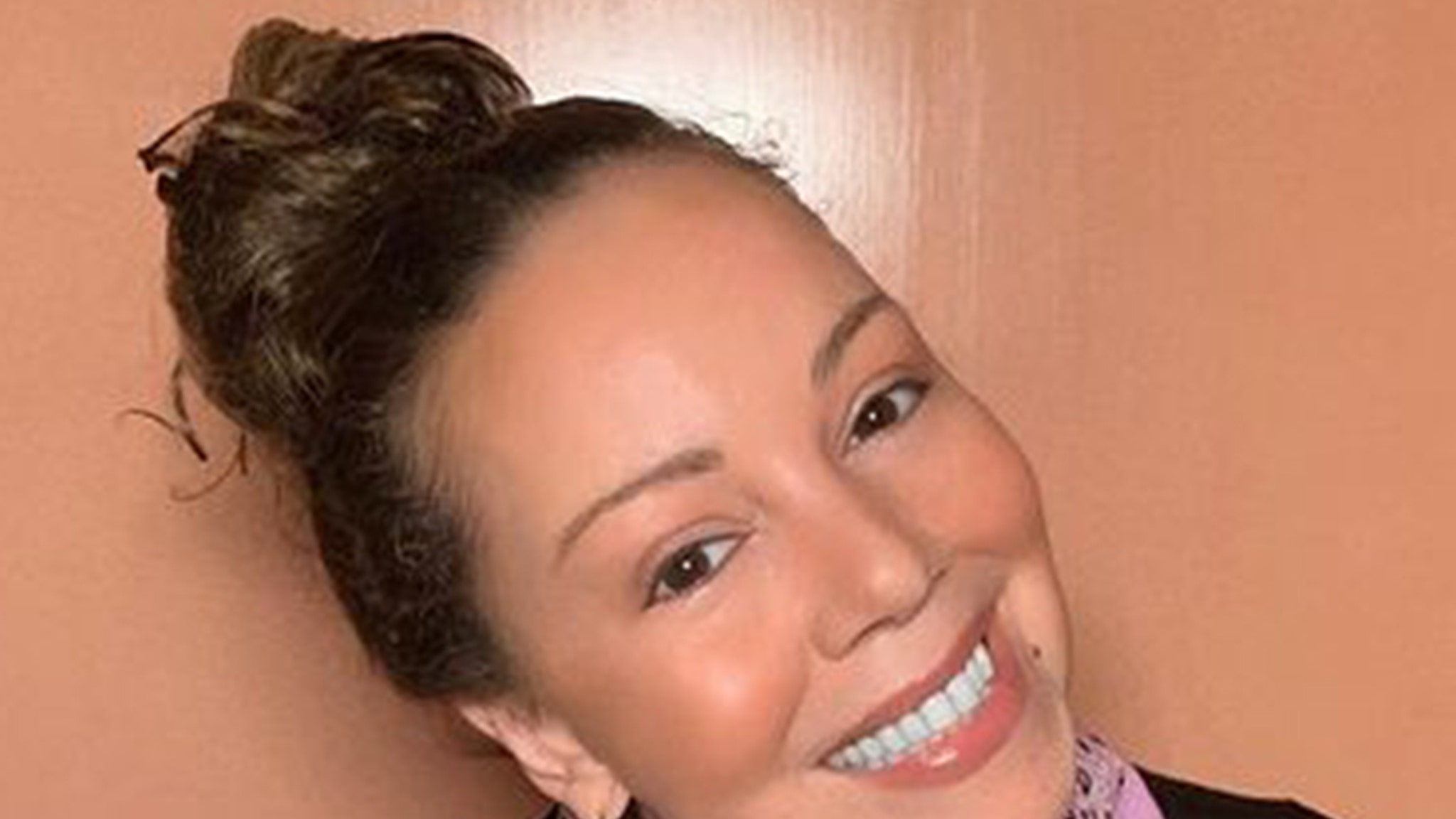 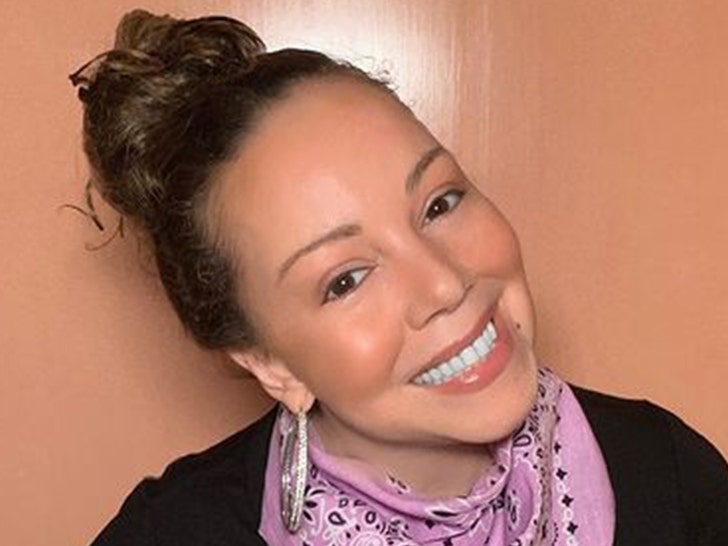 Mariah Carey‘s got the world celebrating Christmas like it’s 1994 … her classic song, “All I Want for Christmas is You,” just set a record on Spotify.

Her iconic Xmas track on Christmas Eve set the all-time record for the biggest, single-day stream in Spotify history with 17.223 million streams, according to Chart Data which provides daily music stats from various sources. 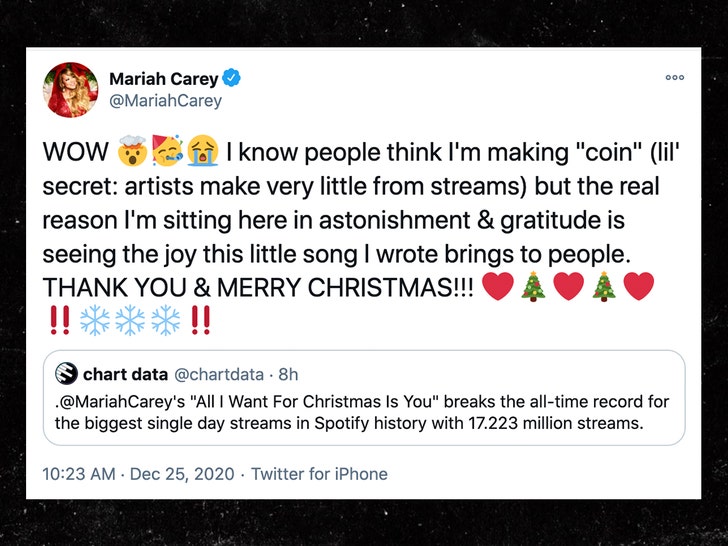 Needless to say … Mariah woke up to the news pretty stoked. She tweeted on Christmas Day and said, “I know people think I’m making “coin” (lil secret: artists make very little from streams) but the real reason I’m sitting here in astonishment & gratitude is seeing the joy this little song I wrote brings to people. THANK YOU & MERRY CHRISTMAS!!!”

The track was a smashing success when she dropped it in 1994 as part of her “Merry Christmas” album. While Mariah said artists make very little from streams one thing’s for sure … the track has brought her TONS of coins since its release.

Back in 2017, the song made Mariah a whopping $60 mil. That would be roughly $2.6 million per year. It’s unclear if Mariah’s hauling in the same amount every year … but millions worldwide are undoubtedly still hitting play.

After all, it’s a classic. 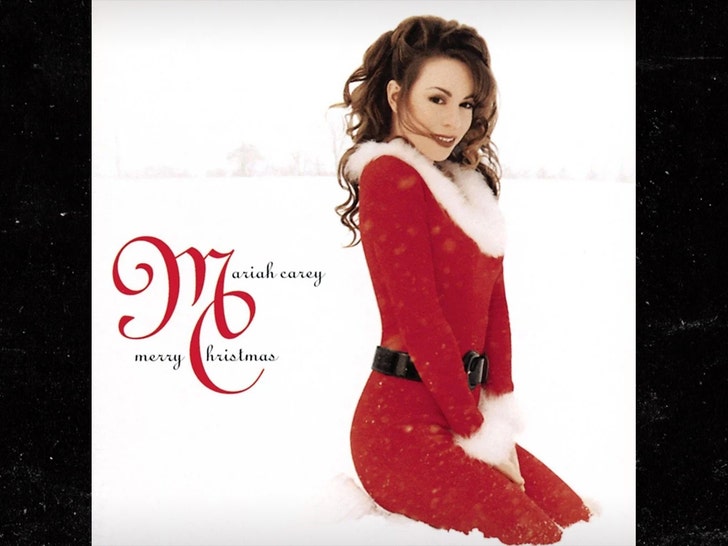 If you’re curious … Mariah has said her inspiration for the song came way back when she was just a kid. She said she wrote the beginning and the middle on a keyboard in a little house in Upstate New York … in a room all by herself.

Drake’s YOLO Estate Sells
Ukraine’s Last-Chance Brigade
What Would You Do If a Bank Gave You $60 Million to Throw a Pride Party?
6 Fourth of July Vacation Destinations
Good Trouble Teases Epic Break-Ups and New Relationships in Dramatic Trailer