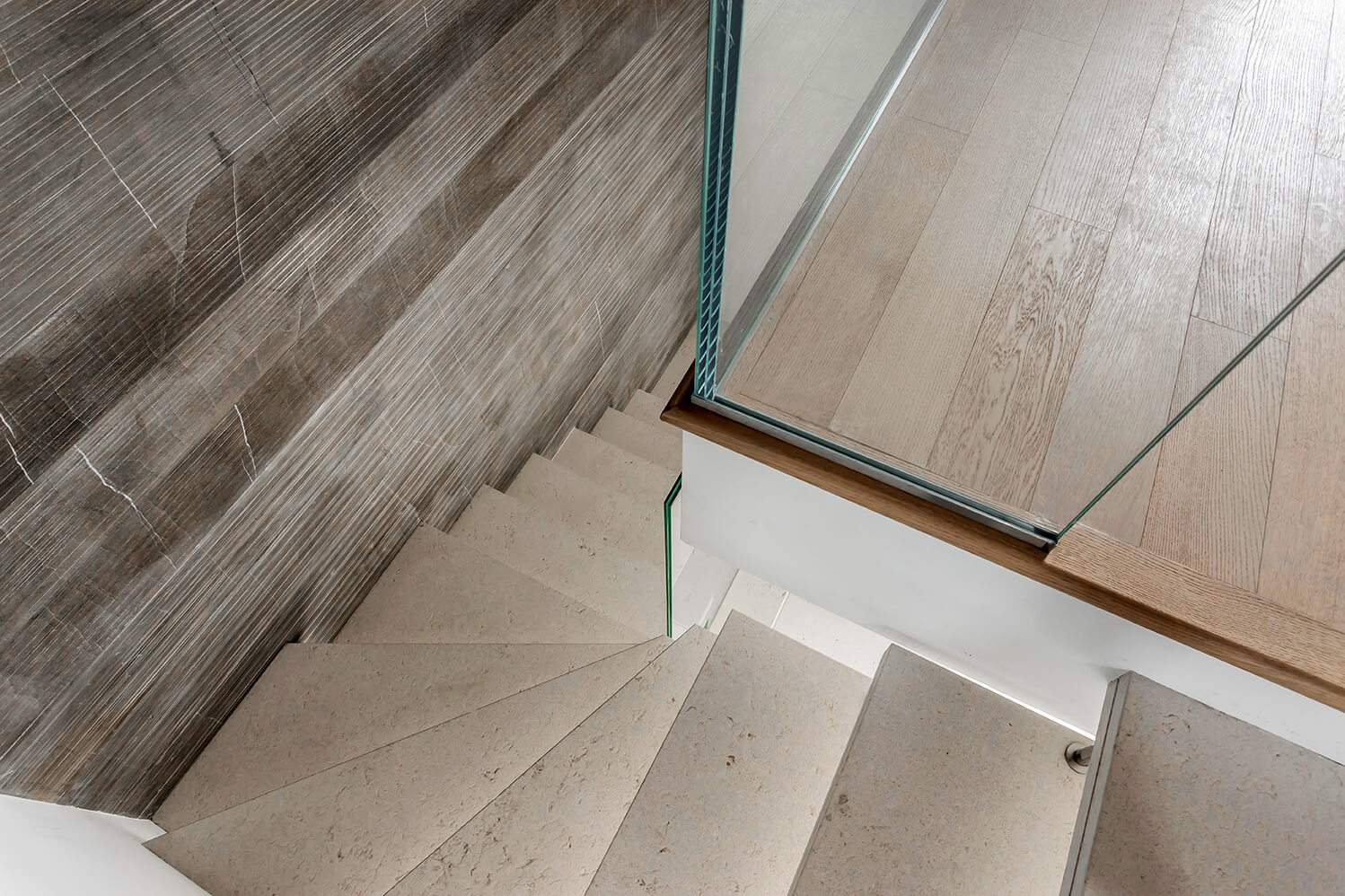 When it comes to remodeling or restoration, it’s very common for people to coat surfaces with brand-new materials that can give rooms a nice, fresh look.

Historically, tiling has been one of the more favored choices for surface restoration, but over the years microcement has increased in popularity due to its many advantages over traditional tiling methods.

Microcement is a type of thin-coating cement that consists of minerals, adhesives, and resins which can be applied to surfaces to give them an overlay that can then be decorated as a remodeler sees fit.

incredibly durable, all that’s really required is for it to be applied to a surface, left to dry, and detailed. Following this, it largely stays intact for long periods of time, with limited maintenance required.

Why Is Microcement Often Used Instead of Tiles?

Although tiling can be an effective remodeling option, it’s frequently skipped over in favor of microcement for several reasons.

One almost universal reason that microcement is used instead of the tiling is the difference in cost. Microcement consists of materials that are similar in cost to tiling, but requires a lot less per application, meaning big savings in the long run.

Actually applying microcement is also a lot less costly from a manpower perspective. When applying tiles to a surface, it’s absolutely imperative that people think ahead to make sure everything will fit into place. Not only does this process take up a lot of resources, but any mess-ups will require a lot of correction work.

Microcement, unlike tiles, is also rarely subject to accidental damage during installation, so that will also decrease the overall replacement cost.

Due to the blocky, heavy nature of tiling, there are lots of highly specific limitations placed on them in a variety of situations. They can’t be applied to all types of surfaces and depending on the variety of tiles being used, it might be impossible to do detailed work.

By comparison, microcement has an exponentially greater level of versatility as it’s lightweight, flexible, and easy to manage.

From a longevity and maintenance perspective, microcement is much better than tiling.

One issue that tiles often have is that their glossy, uniform surfaces are easily subject to damage. All it takes is for one hard object to hit a tile at the wrong angle and then suddenly it cracks, leading to unsightly disfigurement, but also potentially weakening overall structural integrity.

Using Microcement for Your Projects

Whether you need to polish concrete coffee table, need to remodel a sink, or are looking to get a new look for your walls, microcement is likely to be an incredibly versatile and inexpensive option. It’s always possible that tiling might be a more appropriate option depending on individual needs, but for most remodeling projects, you’ll find that microcement is going to be the most appealing choice you have.

The Swifts
The Best Hand Creams Fight Hangnails, Cracks, and Dryness
Dave Bautista Is Giving Up On His Dream of Playing Bane
How Harry Melling Went from Dudley Dursley to In-Demand Character Actor
Travis Scott, The Game and YG Show Off 3-Point Skills at NBA Games