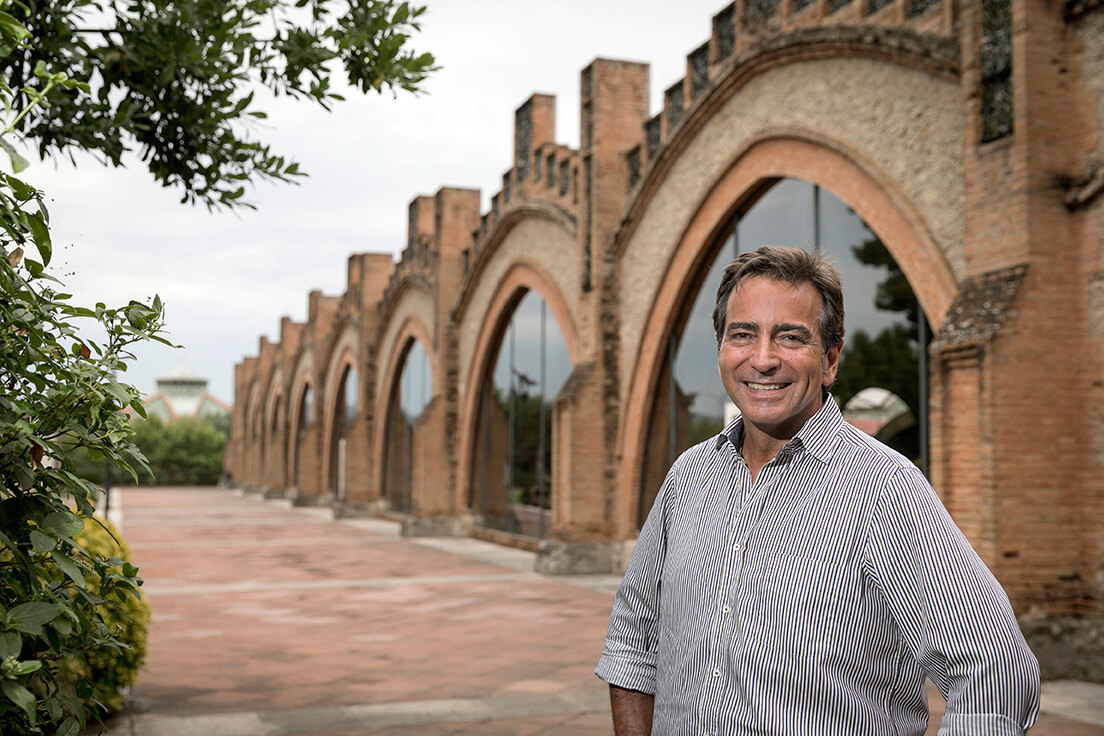 The centerpiece of the Celler Jaume in Sant Sadurni d’Anoia is a giant, white-topped desk. Every day, when he comes to work, Bruno Colomer expresses himself all over it with variously colored marker pens; on it, he says, “he plays”. He creates and hones his works of art which, at the end of every day, are erased by the cleaners. Sometimes he does it himself. In temper. When he has got something wrong.

The desk is an XL memory pad as well as a laboratory blackboard. It is where he plans his mousses and maintains his persistent crows. On it, he works out his calculations and writes down satellite data, weather forecasts, and expected day and night-time temperatures. He covers it with equations and formulas like Arello + Macabeo + Parellada. Occasionally the letters “repeat” appear.

The desk is the hub of Ravenos Codorníu’s Enological innovation, research, and experimentation center in Sant Sandurni d’Anoia, forty-five minutes by car from Barcelona. Bruno used the desk to plan precision viticulture, his strategies, and tactics. On it, he laboriously works out the meticulously balanced pressing, and the first and second fermentation aging needed to create the world’s most famous Cava sparkling wines; but he also uses it for his garden design. For his Barcelona home and the one in the Codorniu winery in the Penedes countryside, in Catalonia’s coastal hills a 45-minute drive from the city. He must be one of the only enologists who is also his winery’s head gardener.

“A garden design must take into account that the garden must be enjoyed for twelve months. Every season has its particulars so we need to plan to bear in mind colors and aromas. The same thing happens with Cava. It has to be enjoyed all year and has its nuances. Colors, aromas, pairings, moments, and company.

“Cava is the only drink when you uncork it which rings smiles into people’s faces. Any moment is perfect to celebrate. My favorite pairings are simple; with sardines or a green salad.”

Born in Sant Cugat del Vallès in Barcelona, Colomer has a degree in Agricultural Engineering from the Polytechnic University of Catalonia and completed his training with a Diplôme National de Enology from the University of Burgundy in Lyon in France.

“In those days, Spain did not have any wine schools. I had a very good teacher, Juan Jose Castro, who was the cellarmaster at Codrioniu! from there, I started working in Mont Ferrant in 1996.”

After working as technical director at Heretat Mas Tinell in the Penedes, in 2008 Bruno Colomer joined the company now headquartered in Haro Rioja with its famous Cava winery in the Catalan Alt Penedes.

Codroniu produces 30-something million bottles a year from its 2,500 hectares of vineyards, which supply half of its needs. It has pioneered modern cava making. The first Cava containing chardonnay appeared in 1984. In 2001, the first rosé Cava made with pinot noir was released and the first blanc de noirs using pinot noir in 2008.

Three cavas from the prestige collection, Ars Collecta Codorníu, created by Bruno Colomer in the Celler Jaume, have received major recognition in the Bacchus Awards. Ars Collecta Jaume Codorníu 2014, which pays homage to the origins of Cava, received the maximum distinction in the contest, a Bacchus Grand Gold. “Its select coupage comes from the oldest vines, a blend of the best Pinot Noir, Chardonnay, and Xarel,” says Colomer.

Ars Collecta Grand Rosé 2017 is comprised predominantly of Pinot Noir, Trepat, and Xarel·lo. As with Blanc de Blancs, the wine spent 35 months in contact with lees before disgorgement.

Bodegas y Viñedos Codorníu Raventos has been making wine for over 450 years, making it the oldest family business in Spain, and one of the oldest winemakers in the world. The company has 15 wineries in Spain, Argentina, and California and is also a proprietor of 3,000 hectares of vineyard.

The Codorniu building was declared a ‘National Historic-Artistic Monument’ by King Don Juan Carlos in 1976.

The “noucentisme” (Nouveau Art), dates back to 1895 and was designed by the modernist architect Josep Puig Cadafalch, perhaps the most prominent Spanish architect of the time after Gaudi. The caves stretch over five floors and 50m underground, keeping the aging cava at a consistent temperature.

The caves are so extensive that the long hallways have street names and there’s a little train to ferry visitors. Bruno spends much time wandering the streets of Buenos Aires, Montserrat, Tarragona, and Barcelona.

Bruno is especially proud of his team’s many achievements in the last three years. “Our capability to vinify grapes from many different origins separately. Working with such big volumes of fruit. The use (and prevention) of malolactic fermentation according to wine styles and the definition of wine styles for different labels and finally, being able to make cavas whose youth can be retained over time.”

At 170 Euros a bottle, the oldest cava Codorníu sells is Ars Collecta Codorníu 459 2010. The latest cava to be launched on the market was Codorníu Ars Collecta Josep Raventós Gran Reserva, a cava that pays homage to the founder, Josep Raventós Fatjó. “It’s a very special cava made from a selection of pinot noir, chardonnay, Xarel-lo, Parellada, and Macabeo grapes from the 2015 vintage, one of the best in recent years.”

Cava has had its own Denominació d’Origen since 1986. Three years earlier, Anna de Codorníu was born, in homage to the “farmhouse aristocrat” who married Jaume. It is Spain’s most popular Cava.

“We wanted to create a Cava that really embraced the style of Anna. Anna Blanc de Blancs is a refreshing and fruit-driven Cava. Aged for 15 months, it offers a great combination of fruitiness and vivacity, creaminess and complexity. It’s a real gourmet Cava and good for accompanying a menu from start to finish, from sautéed vegetables to seafood and grilled meats to desserts.

“Codorniu is unique because it offers the chance to have total control over a Cava’s creation from the vineyards, from the very beginning. We create all of our Cavas using grapes from our vineyards. We have over 3000 hectares of our own in three different subregions, each with different soils and climates. 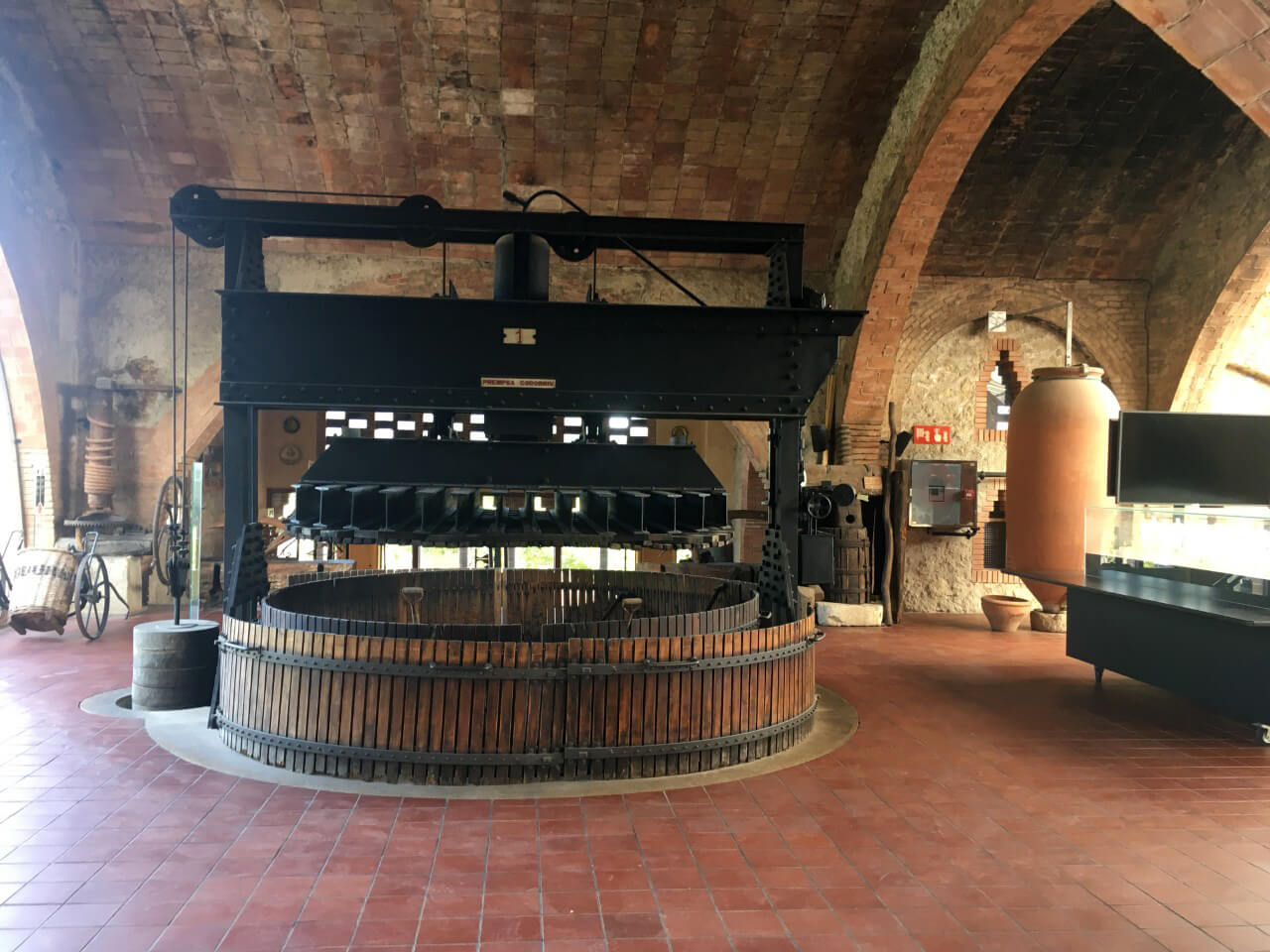 “This is amazing because it means we can create Cavas with different styles from three terroirs and three zones (DO Costers del Segre, Do Conca de Barbera, and Do Penedes) Three is a magic number for us.”

Codorníu also produces a selection of single-vineyard wines that hold the rare Paraje Calificado qualification, reserved for exceptional cavas from a single area of remarkable terroir. Of 15 cavas that hold this title in Spain, three are from Codorníu: the El Tros Nou made from pinot noir grapes, La Pleta made from chardonnay, and La Fideuera, made with xarel·lo. 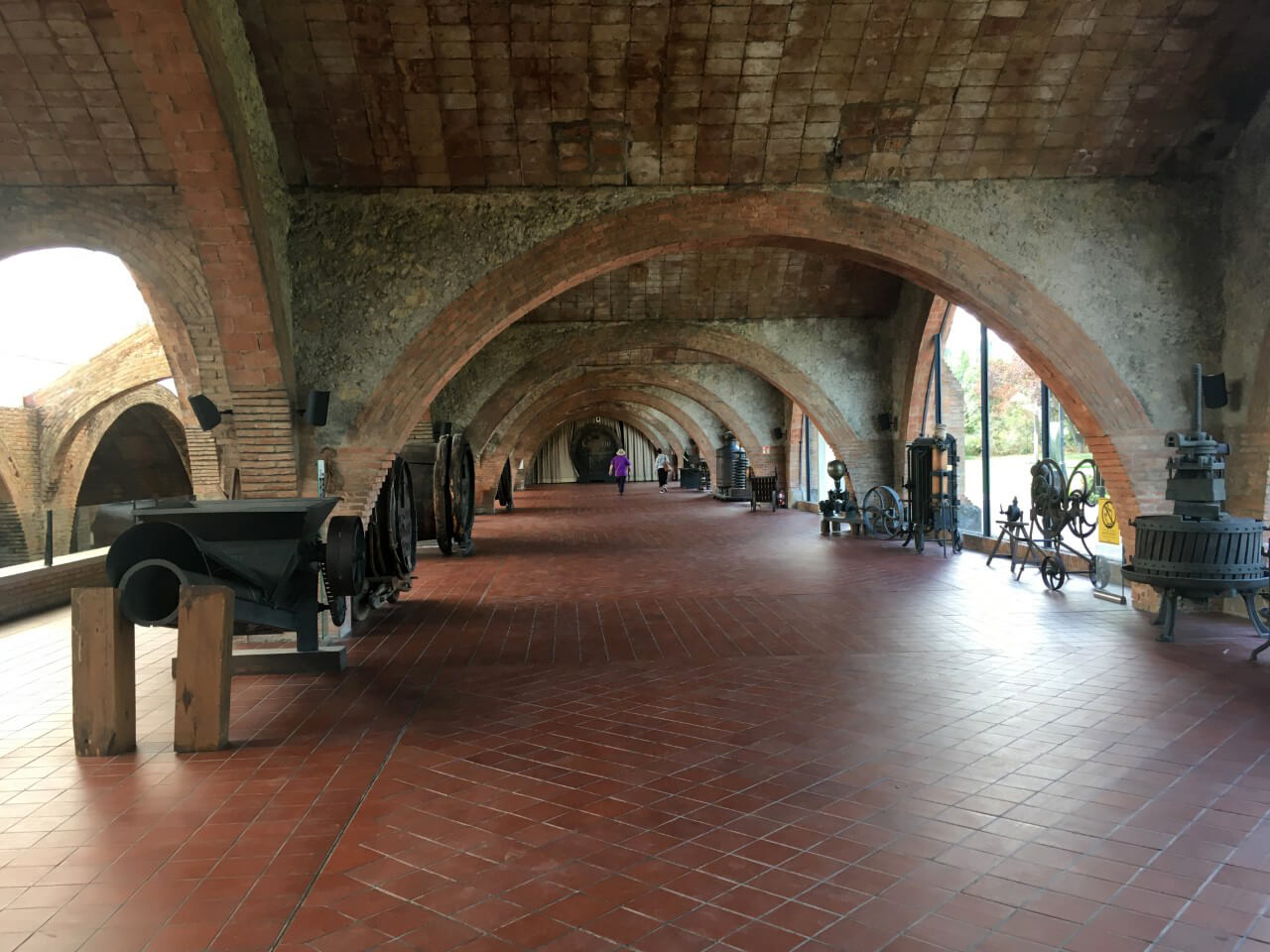 Cava does not appear on any labels. Although the wines are all made in the Corazón del Penedès.

RECAREDO, which goes back to 1924, is the region’s first producer to obtain Demeter’s international certification for biodynamic viticulture using horsetail, chamomile, nettle, and yarrow to control fungus.

Says Bruno: “All our wines will be organic by 2024. We dint have enough land before. We are perfecting the art of the cava. It’s the continuation of a long tradition of creativity and excellence over eighteen generations.

“I don’t like sulfites but we need them. We are working on making a Cava without them. We already make a non-alcoholic expression. Talking about Codorniu you talk about tradition and innovation. I think we are making to best Cava in Cava history. But to perfect our beads and our perlage, every day we go back to the blackboard!

“I couldn’t function without mine. After spending years working with grapes and vines I still can’t draw one properly! My vines and mountains are pretty bad too. I laugh when people call me an artist!”