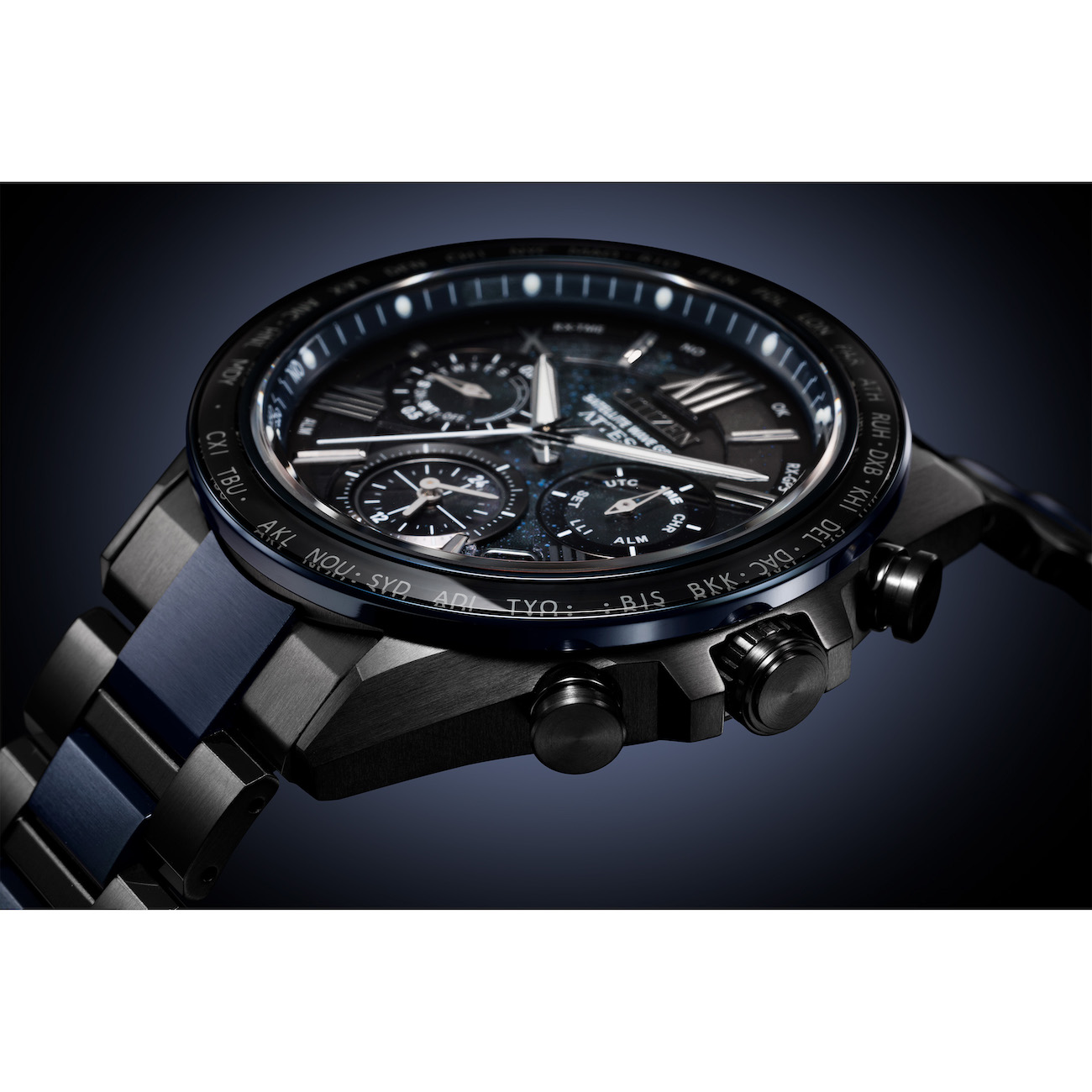 While Citizen is celebrating the 35th anniversary of the Attesa collection with this debut, the watchmaker makes no secret that its designers gazed into space as they designed the new watch. Most directly, the watch’s eye-catching, star-flecked dial anticipates Citizen’s collaboration with the Hakuto-R lunar exploration program. 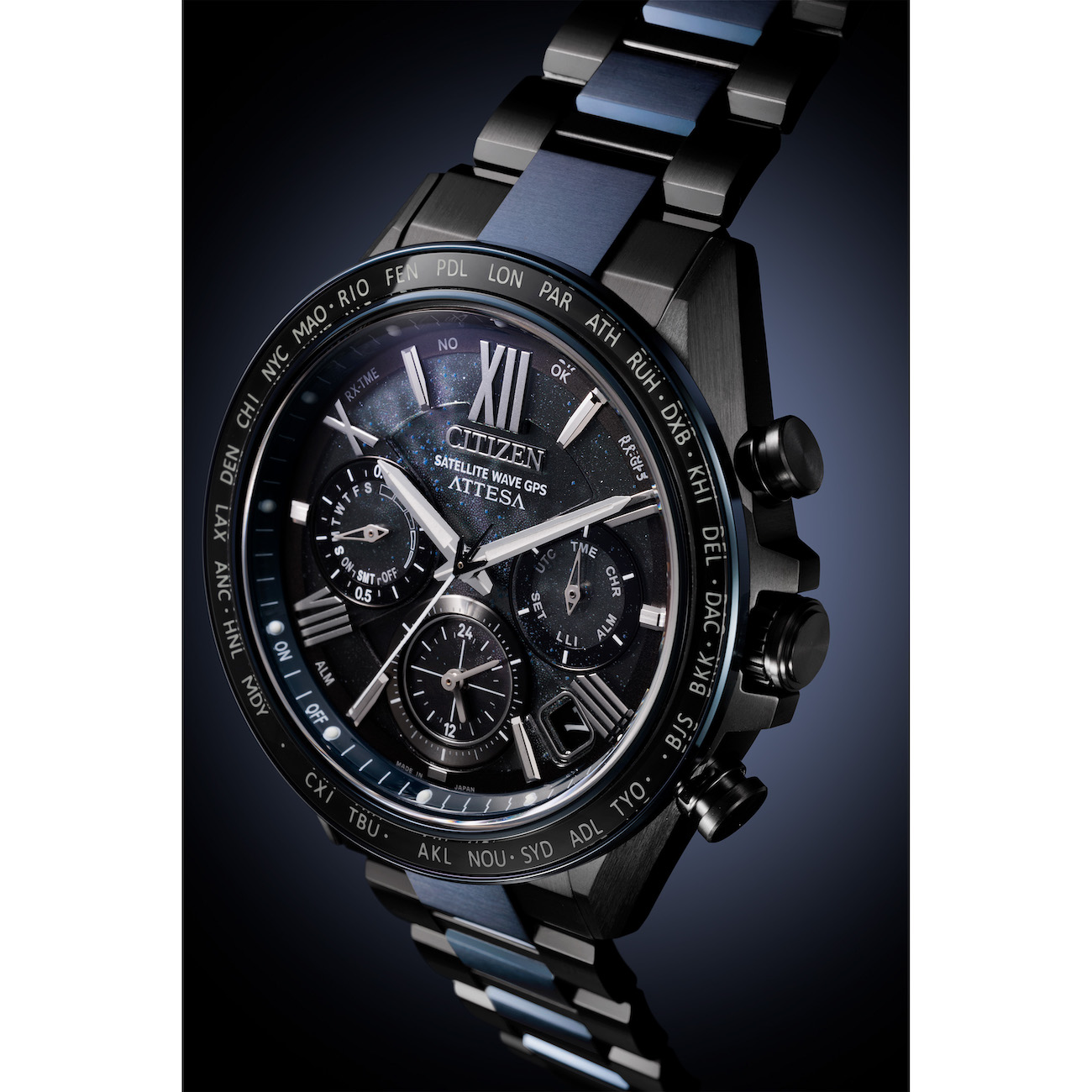 Citizen, which provided the Hakuto-R exploration program with Super Titanium components to be used in the legs of the Series 1 Lander, applies the same coating on this model and on many of its higher-end models (including a few in the hot-selling Hakuto-R series.) 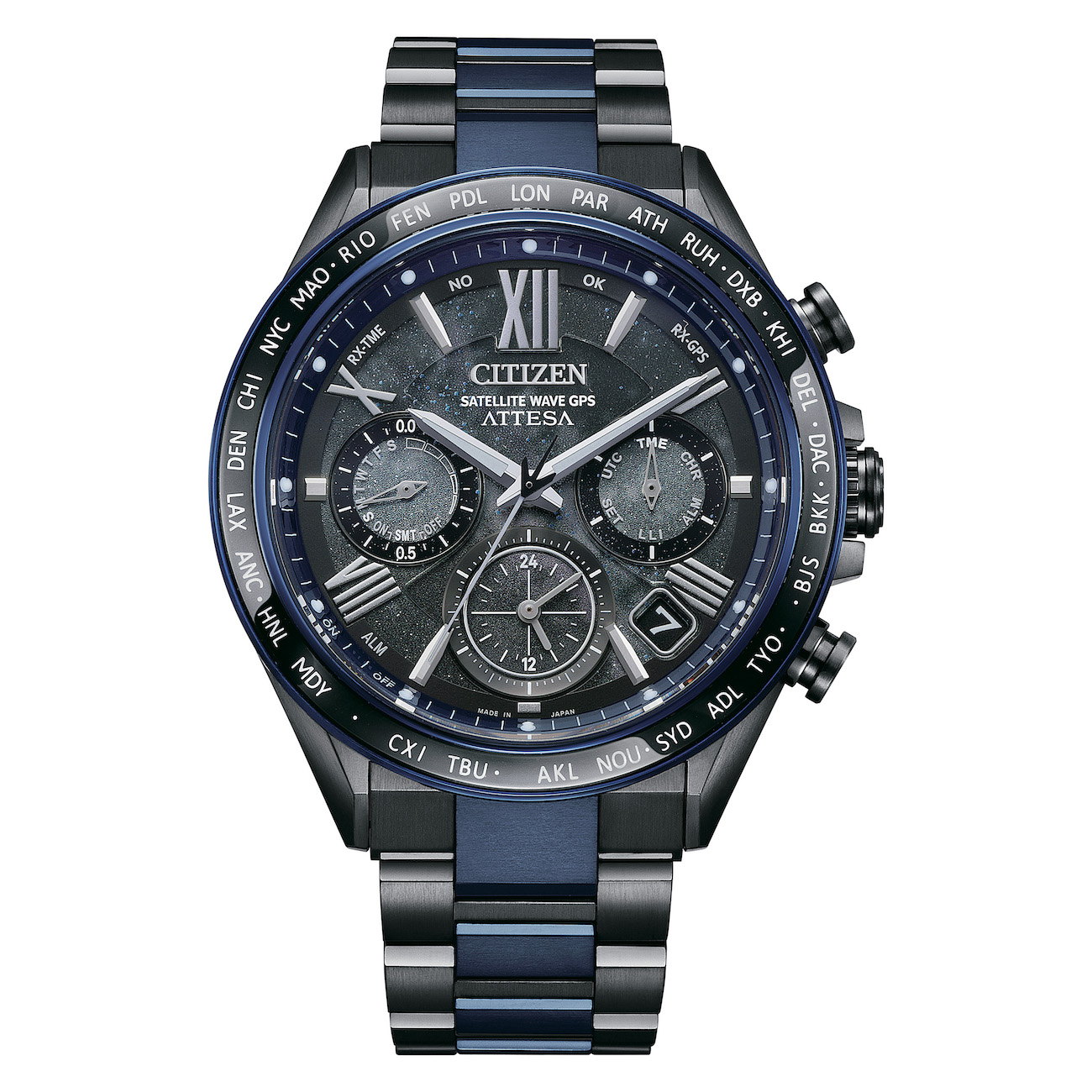 Super Titanium is Citizen’s proprietary alloy that creates a lightweight, anti-allergenic, scratch-resistant, and a rust-resistant case for the 44mm watch. Citizen applies its other high-tech coating, Duratect DLC, along the bracelet and on the bezel. 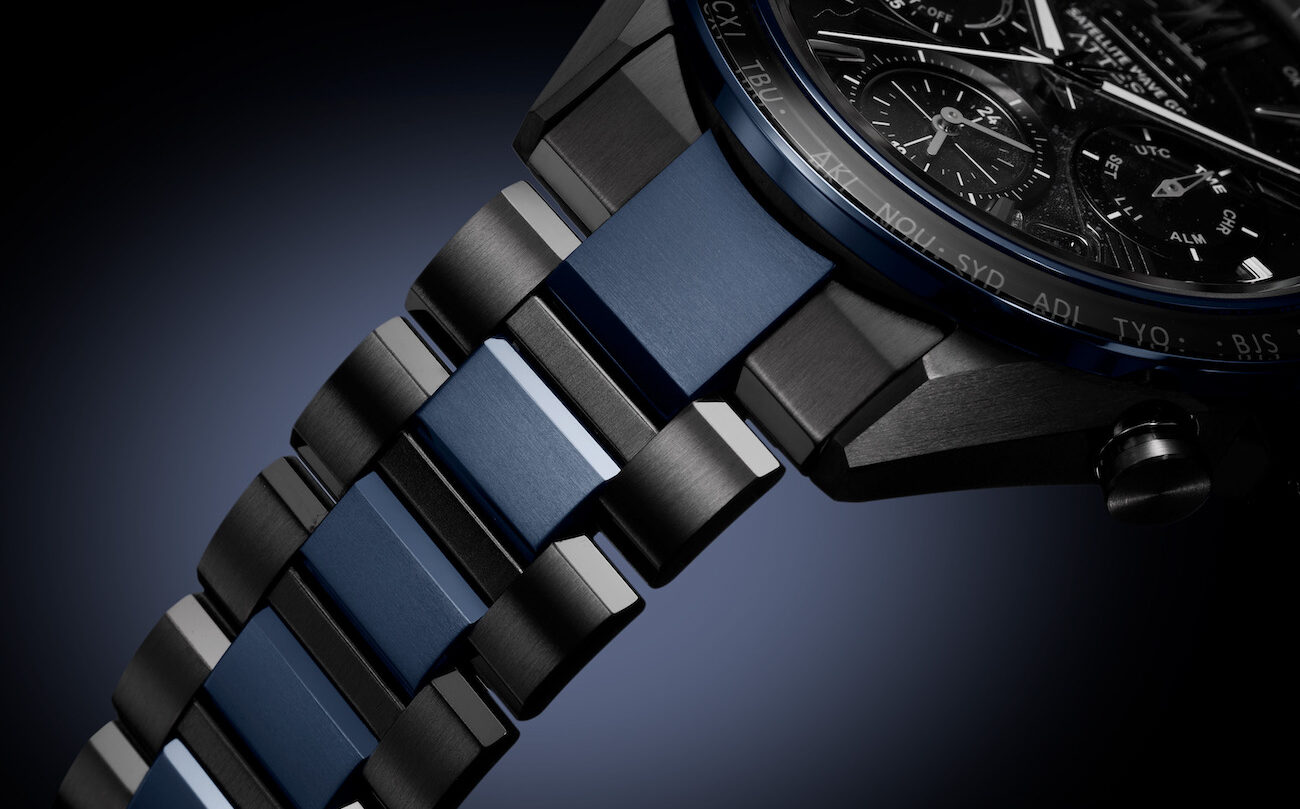 You’ll find the DLC blue coating decorating and protecting the bracelet along the center links of the titanium bracelet, between the glossy black Duratect DLC coating. A well-made fold-over clasp with a button secures the bracelet. 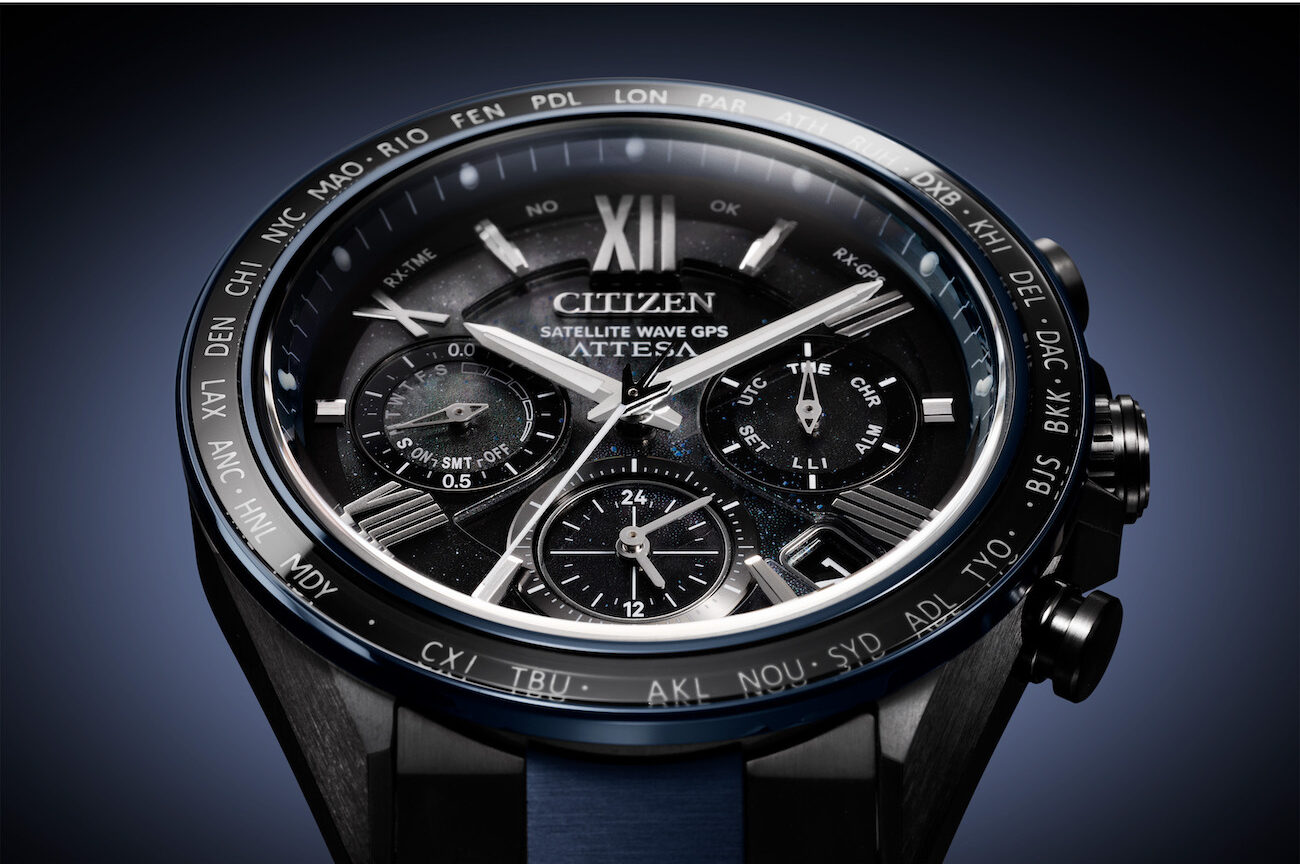 Within all this high-tech material Citizen places its groundbreaking F950 movement to power the light-driven Eco-Drive Satellite Wave GPS functions. The watch is capable of receiving time signals in as little as three seconds, with the hour and minute hands moving twice as fast as previous models. 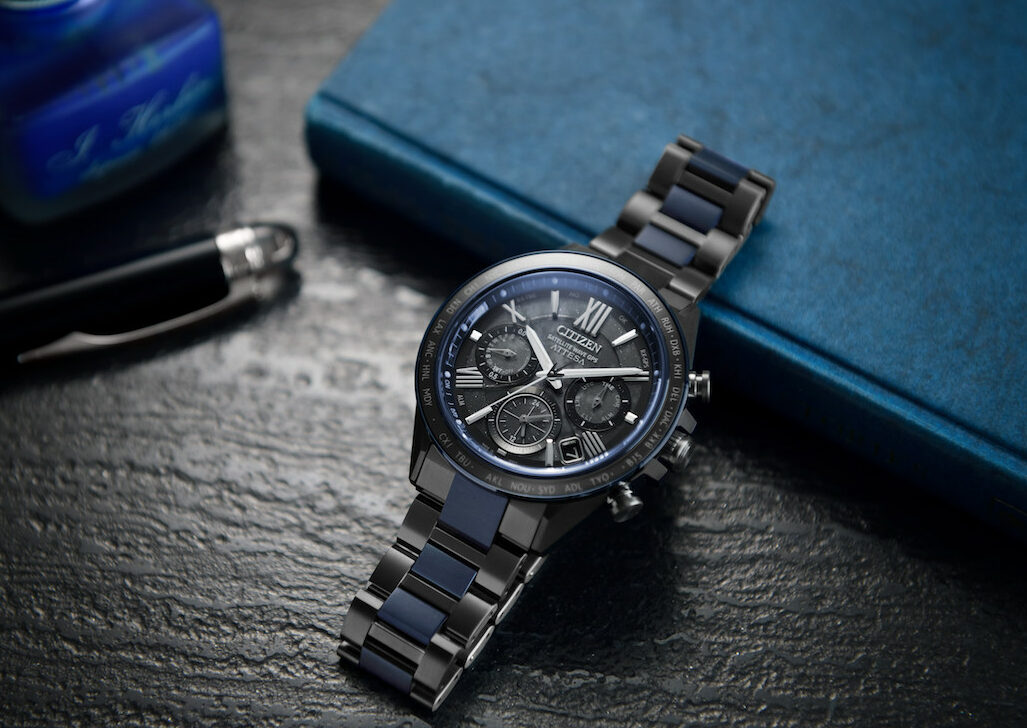 On the back of the watch, Citizen commemorates the 35th anniversary of the Citizen Attesa collection.