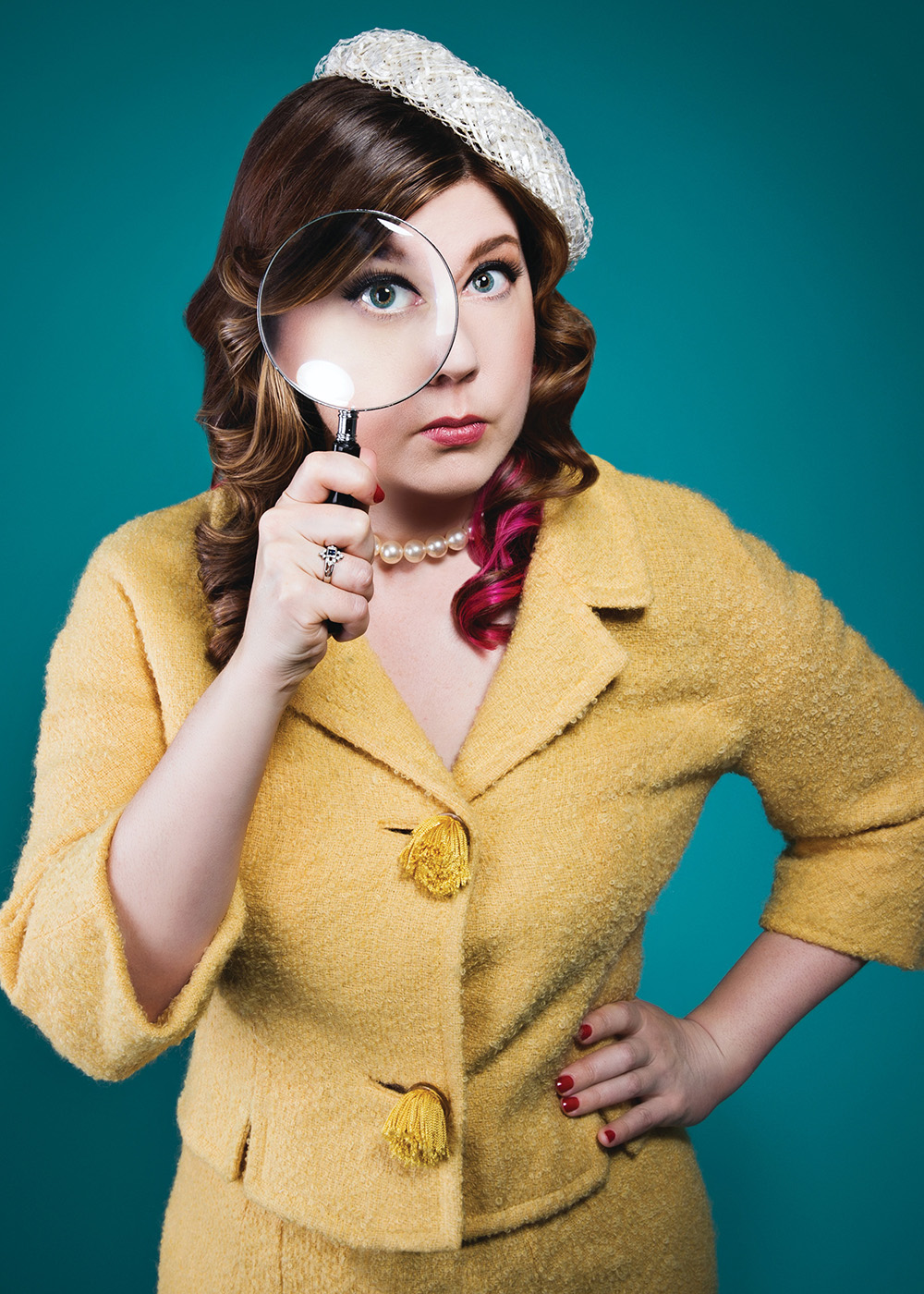 After solving two notorious cold cases, Stevie and her friends from Ellingham Academy are off to jolly old England to uncover the truth about a double murder that took place at a wealthy country estate in 1995. Meanwhile, they’re also dealing with college applications, academic pressures, romantic entanglements and more. In Nine Liars, bestselling author Maureen Johnson offers another satisfying standalone mystery and gives us a chance to spend more time with characters we’ve grown to love.

Nine Liars is your fifth novel about Stevie, but a reader could easily pick it up without having read the previous books. What are the challenges of achieving that effect from your side of the page?
When I set out to write Truly Devious, I was making a detective mystery with the intention of having my detective go off in other books to work on other cases. That’s how most detective novels work—you can pick up pretty much any one of them and read it without knowing the characters beforehand. Of course, you get a little extra if you do.

Doing the “previously on” part—compressing it—can be tricky. I really want the experience to stand alone.

All of your books about Stevie balance page-turning mysteries with real emotional stakes for Stevie and her friends. Did you begin Nine Liars by asking, “What crime do I want Stevie to solve this time?” or “What’s happening in Stevie’s life now?”
It’s the first one, though I’m always thinking about what happens in the second. Stevie’s life—that’s an organic process. The murder mystery is a machine I build piece by piece and assemble carefully. Stevie’s life grows around it, like a flowering vine, she said, writerly.

The case Stevie investigates in Nine Liars is a country house murder. What was appealing to you about this mystery subgenre? What classic aspects were you excited about including—or even putting your own spin on?
The country house murder is a classic puzzle from the golden age of mystery for a reason: You have a set cast of suspects and a contained staging area for the puzzle to play out. Country houses are small enough in the grand scope of things to give the problem limits, but big enough and weird enough to have lots of hidey-holes and passages and things like that.

There’s also an air of unreality to them. They feel like a backdrop, not a place people would really live. That’s part of the appeal of this kind of mystery novel; it’s not meant to feel like a real crime, like people are being hurt. It’s Clue. It’s a revolving cast of professors and butlers and strange relatives who want to know about the will.

In Nine Liars, I wanted to play with that a little. It’s a group of actors, it’s a game, it’s a murder in the woodshed. But then the story continues to the present. The clues are still scattered around. The events in the woodshed had a real impact. And to solve it, Stevie must go back to the stage where this all went down.

We’ve seen Stevie solve cases from the 1930s and the 1970s, but in Nine Liars, she investigates a crime from 1995. How did this more recent setting impact the research you did for this novel?
I was in London for the summer of 1995. I lived there with my friend Kate (who is now my agent is well—we’re close). I was a waitress during the day and a bartender at night; she worked in the office of a theater. We never had any money and mostly subsisted on Honey Nut Cheerios and whatever was left over from my work.

Kate worked in the theater where the show Riverdance was playing. It was the biggest show of the year. Everyone wanted to see it. We had no money to do anything and sometimes paid our rent in change, but we could go see Riverdance every night if we wanted to.

We lived in a flat that had three doors that were impossible to open, so we usually climbed over the trash cans in front of our room and went in through the window, so it was very secure. It was a hot, trashy summer. It was great.

One of the questions Stevie tells her head of school that she’ll study on her trip to the U.K. is why reading about murder can be a comforting activity. What are your thoughts on that question?
It’s a strange one, right? Much is made about the fact that what’s called the golden age of mystery was between and during World War I and II. Books written during that time have a constant background of war. Agatha Christie was doing a lot of writing when England was being bombed. She wrote the final stories for Poirot, a war refugee from Belgium, and Miss Marple in case she didn’t survive. She wanted to be the one to finish her characters. These books, Curtain and Sleeping Murder, respectively, were locked in a bank vault until her death in 1976.

In puzzle mysteries like Christie’s, the world can be made right. There are solutions and often consequences. They serve as a psychological steam valve. Think about the world right now. Nine Liars is coming out into a world of YA readers who have undergone major trauma and confusion. I think there’s a very good reason everyone’s going back to the classic puzzle mystery.

Can you talk about the role that Stevie’s friends Nate, Janelle and Vi continue to play in her life and in these books?
Many detectives famously have partners. Sherlock has Watson. Poirot has Hastings some of the time, and often a random friend or assistant he’s picked up along the way. Lord Peter Wimsey and Harriet Vane are a duo (both in crime solving and in love).

My entire high school and college world was my friends. Stevie has to solve the crime in the context of a real world, full of people, with all the joys and complications they bring.

What was the most challenging part of writing Nine Liars? What aspect of it are you most proud of?
I work quite hard on the puzzle and making sure I’ve checked everything. By the end, I feel like I am doing embroidery and using tweezers, placing each little detail—the necessary clues, the fakeouts. I love watching it work. It’s like I’ve built a monster out of spare body parts and then it gets off the slab!

What do you love about coming back to the character of Stevie after four books?
I’ve been writing Stevie for several years now. She’s good company. She never moves my stuff.

Did Benson & Stabler Finally Kiss on Law & Order: SVU? Find Out
The Best Hand Creams Fight Hangnails, Cracks, and Dryness
The King of the Hill Revival Is Finally Happening
New Jesmyn Ward Novel LET US DESCEND Coming in October
Clothing Basics: All the Biggest Names in Menswear Fundamentals Are on Sale Right Now