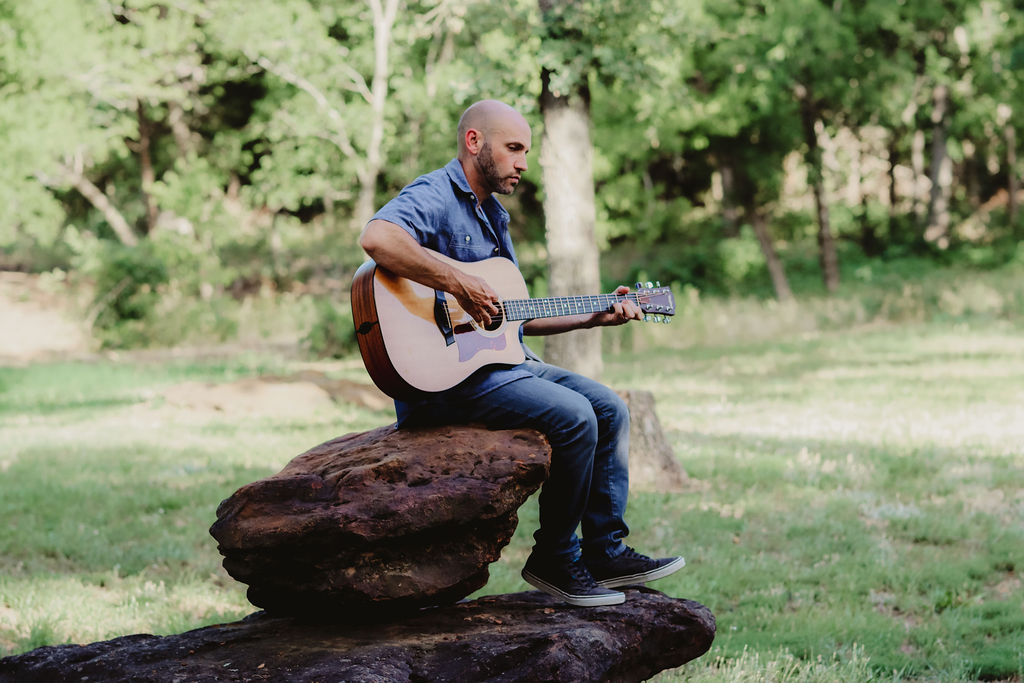 David Raybuck is singing with a lot of passion weighing heavy on his heart, his words reflecting the heaviness of the string harmony he’s detaching from the back of the master mix of his dark ballad “In the Shadow of Your Wings.” Raybuck has nothing – and nowhere – to hide in this song and all fourteen that are occupying the tracklist of his new album The Prodigal, and while this is one of the more brutally honest moments in the record, it’s not even close to being the only example of his bluntness.

The guitar is a big star in The Prodigal, sharing the spotlight with a nice beat in the title track while filling in the edges surrounding the harmonies our leading man draws together so seamlessly in “Dwell.” In “My Suffering” and “Words of the Teacher,” there’s nothing powerful enough to take the focus off of Raybuck’s voice, but for the most part, I wouldn’t say that the songs on this LP favor one component over another very often at all. This is a diverse setlist made for the stage, and I picked up on that the first time I listened to the LP in its entirety.

Raybuck made the EQ pretty beefy throughout The Prodigal, and in “Scales,” “Long Time Coming” and “The Pathway,” the details within the instrumentation are raised to the surface more through smart mixing than they are any fancy compositional practices. This isn’t to say that the music here doesn’t feel organic through and through (nothing could be further from the truth), but rather that there’s a lot to laud about the production value itself, which wasn’t the case with Raybuck’s rivals’ recent output in the last few years.

I think it would be really fun to hear “Abide” and “Who’s My Neighbor” live sometime, but as I mentioned earlier on, all of the material on this record sounds like it would blossom nicely in front of a crowded concert hall full of people eager to have a good time. “Why I Sing” is another tune that could be reworked in a thousand different ways depending on the venue, setting, and Raybuck’s own interests in live performing, which makes me all the more titillated at the idea of hearing how he would play them in-person for myself.

Despite my status as only a casual observer of this style of music beforehand, I think that David Raybuck has made a genuine fan out of me with The Prodigal, which ties together a lot of the loose ends left over from his peers’ upended movement in the underground while staying true to the conceptual identity he started to build ahead of this album’s debut. It would be wise for him to let these creative juices simmer a bit more before he considers entering the studio again for a second LP, but if he does step on the gas with any aspect of his career in 2022, I hope for it to be his touring schedule, as audiences around the world could use someone with his panache to start the autumn season off right.

Menswear Deals: 24 Eye-Popping Clothing Steals to Kick Off December in Style
DaBaby Upsets Lion During Trip to Dubai Zoo
A Suspect in Takeoff’s Murder Has Been Arrested
Your First Look at Heather & Tarek El Moussa’s New HGTV Show
Metro Boomin, the Architect of Atlanta Rap, Returns With ‘Heroes and Villains’