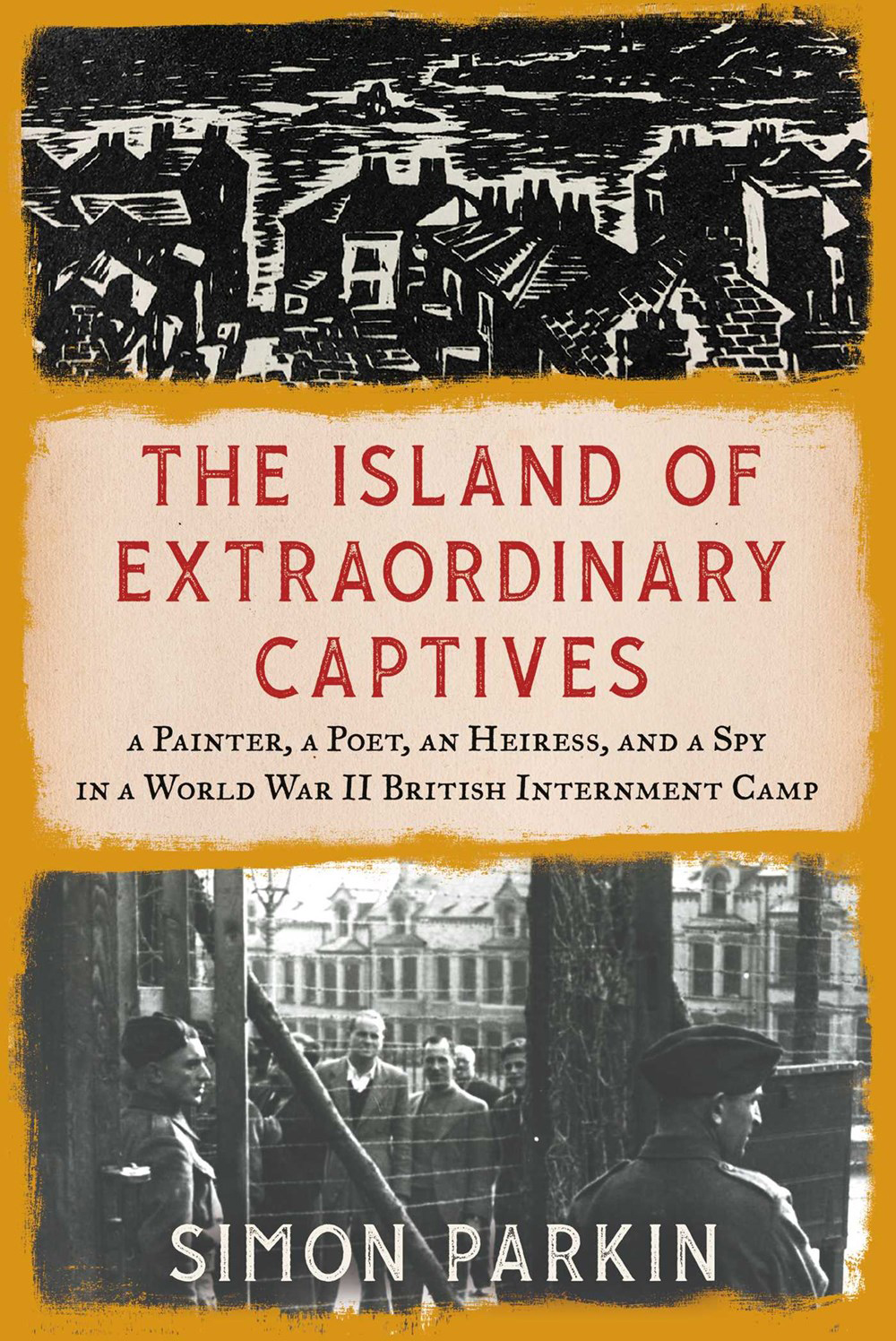 When award-winning British journalist Simon Parkin (A Game of Birds and Wolves) dug through the National Archives in London looking for a story idea, he literally found one: A newspaper called The Camp was mistakenly folded between some pages. Produced by German and Austrian internees at a camp for “enemy aliens” during World War II, the newspaper revealed details about a time and place discreetly buried within a shameful chapter of England’s fight against the Nazis. The Island of Extraordinary Captives: A Painter, a Poet, an Heiress, and a Spy in a World War II British Internment Camp brings to light a truly extraordinary example of humanity at its best and worst in a country at war, sometimes with itself.

With copious and often heart-wrenching detail, Parkin brings this interlude back to life through the experiences of those imprisoned in Hutchinson camp on the Isle of Man and their thwarted yet persistent rescuers. In 1938, Peter Fleischmann, a Jewish teenager thought to be an orphan, escaped Berlin via the legendary Kindertransport train and landed in England. Then, in 1940, he was arrested. Suspected of (but never charged with) being a Nazi spy, he was released, then arrested again, as British fears about refugees intensified. Thousands of people, young and old, Jews and Nazi sympathizers alike, were deported or imprisoned in camps on the Isle of Man in the Irish Sea.

In Hutchinson camp, the arts were encouraged as an antidote to anxiety and despair, enabling imprisoned painters, composers, journalists, scholars, poets, sculptors and musicians to create “Hutchinson University.” There, Fleischmann flourished. He and many others—such as his mentor, Dadaist pioneer Kurt Schwitters—would later excel in their fields.

Justice seekers like Bertha Bracey of the Germany Emergency Committee kept pressure on the government to end the misbegotten idea of mass internment, but Prime Minister Winston Churchill defended it as a necessary wartime protection. “Most regrettable and deplorable things have happened,” Sir John Anderson said in an address to Parliament in 1940. It was as close as England ever came to an apology.

In addition to the prison newspaper, Parkin’s primary sources include firsthand accounts of the tragic sinking of the SS Andora Star, an ill-equipped former cruise ship that deported hundreds of “enemy aliens” to Canada and was attacked by a German U-boat, and interviews with internees’ friends and descendants. It is a cautionary yet inspiring tale, one that bears remembering.