The Great Northern Hotel is a striking Victorian-era building that occupies the bustling hub between St Pancras and King’s Cross in the heart of London. The property’s location is absolutely ideal for travellers on their way to mainland Europe – The Eurostar terminal at St Pancras International and King’s Cross, with its direct connections to Edinburgh and the Highlands, are a few minutes’ walk away. For those exploring London, the delights of Bloomsbury with its serene squares, fabled Georgian terraces, cosy pubs frequented by artists and writers and of course the British Museum, are all accessible by foot. Slightly further away is Covent Garden with its plethora of boutique shops and restaurants as well as the Royal Opera House. However, make no mistake, the Great Northern is more than just a deluxe townhouse hotel, it boasts an awarding winning restaurant Plum + Spilt Milk, the suave GNH bar and the delightfully intimate Snug Bar.

Originally designed in 1854 by renowned architect Lewis Cubitt, who also created the adjoining King’s Cross station, The Great Northern is spread out over four floors. From the lobby, you reach the 91 soundproofed rooms by lift or up the dramatic wrought iron staircase, past striking artwork, that coils through the central atrium of the building. Each floor’s long, wide curved corridors bring you to the rooms, of which there are four varieties. The smallest is the Couchette, which has a compact wood-panelled interior inspired by classic railway sleeper berths and a walk-in shower bathroom. At the very top of the hotel are the Edwardian rooms, with dark walnut panelling covering the eaves. The larger Heritage rooms have impressive views across the local skyline. We stayed in one of the deluxe Victorian rooms. This large room had views directly over the King’s Cross area and came with a delightful cream leather seating area. The super comfortable King-sized Hypnos bed, with Egyptian cotton linen, made for a pleasant night’s sleep after a long flight. The immaculate bathroom had its own vintage bath and standout mirror. Malin and Goetz’s toiletries come as standard as does the flat-screen television, a well-stocked mini-bar and a Nespresso machine. 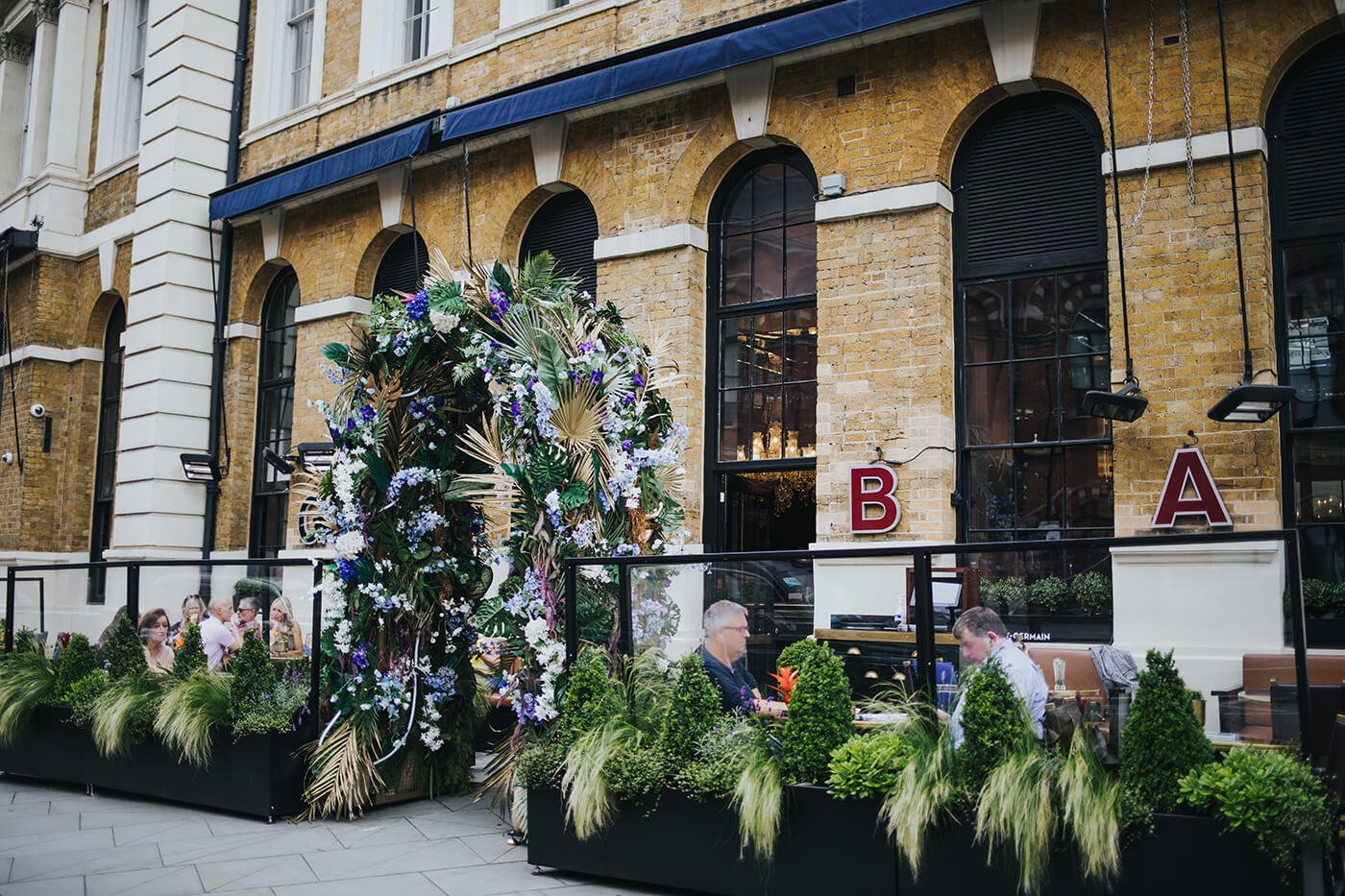 The first-floor restaurant Plum + Spilt Milk, which takes its name from the colors of the old London and North Western Railway carriages, is a popular and stylish destination restaurant. Overlooking the glass arches of St Pancras station, the restaurant is spacious, intimate and a world away from the busy streets below. Set around floor-to-ceiling windows, the restaurant’s classic interior of wood panels, chandeliers and low-hanging hand-blown lanterns complement the mood of the cuisine. Head chef Stéphane Cerisier serves contemporary British cuisine using seasonal ingredients. The helpful staff paired us with tasty starters with hearty main courses from the compact and well-priced menu. We started with Plum + Spilt Milk’s mouthwatering Dorset crab salad with dill pickled cucumber and radish and a simple but refreshing Treviso salad of radishes, Castel Franco lettuce, apple, pomegranate and toasted walnuts. The mains of succulent picanha steak with roasted Roscoff onions and chimichurri and nicely grilled Barnsley lamb chops with salsa verde and Jersey Royal potatoes were outstanding. Both dishes were matched perfectly with a heady 2010 Château Lilian Ladouys, Saint-Estèphe from the restaurant’s impressive wine list. For dessert, a shared signature Plum and Spilt milk pudding of stewed plums, cinnamon-dusted sponge and ice cream was a real treat. 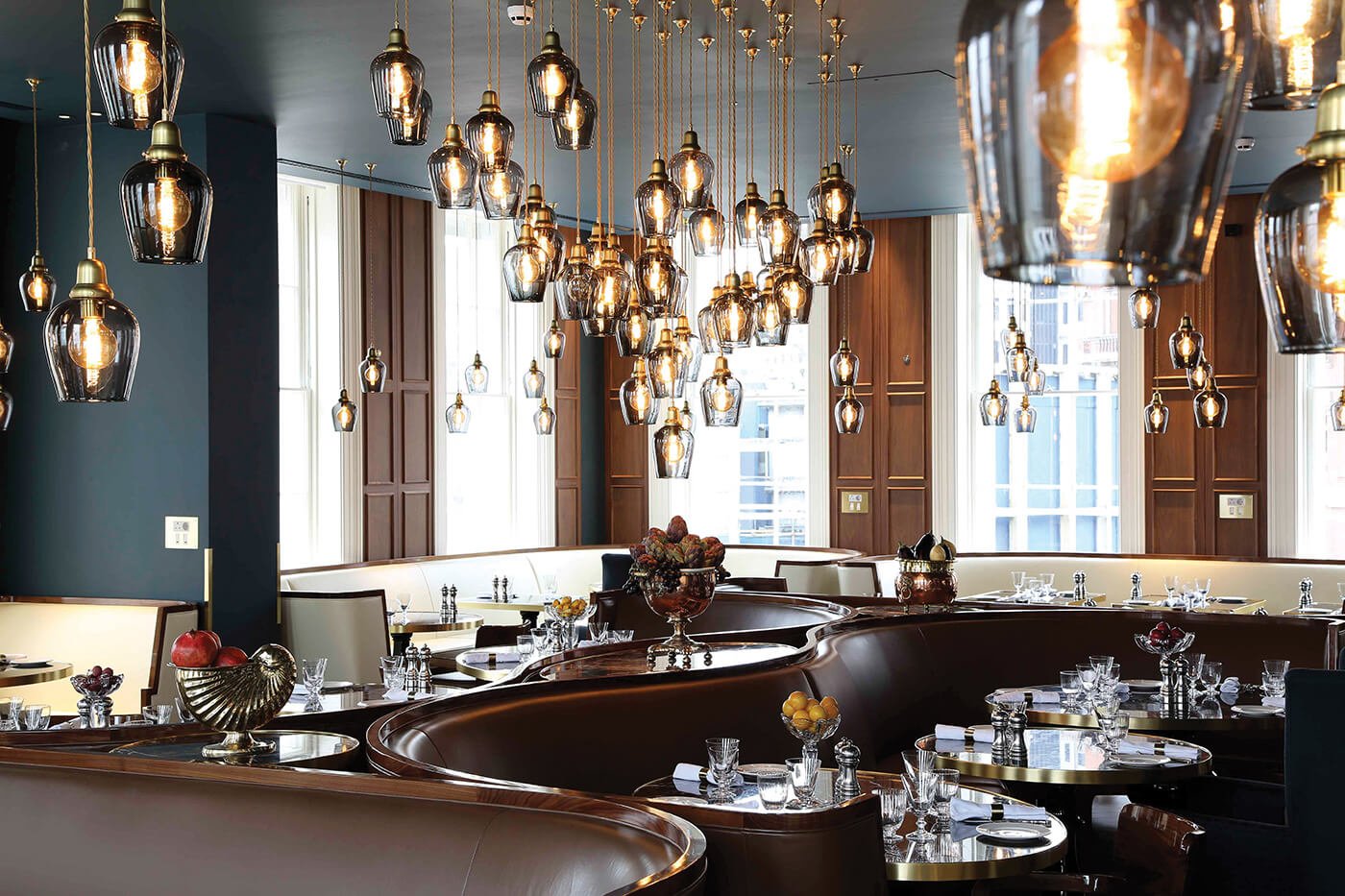 On the ground floor, the busy GNH Bar has a marble and silver bar that reflects the mirrored ceiling. There is a lush jardinesque outside terrace… After dinner, we headed to the smaller, aptly named Snug Bar, where sea-blue walls provide a more relaxed atmosphere. Both the GNH Bar and Snug have a superb, inventive cocktail menu seemingly lovingly created by the amenable staff. A spectacular rum-based cocktail ‘Here Comes the Sun’ with Falernum liqueur, Goslings 151, grapefruit juice, ginger, cinnamon and lime juice is surely worth waiting for after a Eurostar ride back from Paris.

If you are looking for a luxury intimate base from which to explore London or a stopover before heading to the Highlands or the continent then the Great Northern is the destination for you.

Dark on Light
Al Roker Home From Hospital as He Misses Macy’s Thanksgiving Parade
27 Black Friday Luggage Deals To Get You From A to B in 2022
46 Best Sneakers for Men in 2022: From Basic Low-Tops to Covetable High-Tops, These Are the Shoes to Know
Antonio Brown Posts Fake Gisele Nude Pic Amid Bizarre Tom Brady Beef