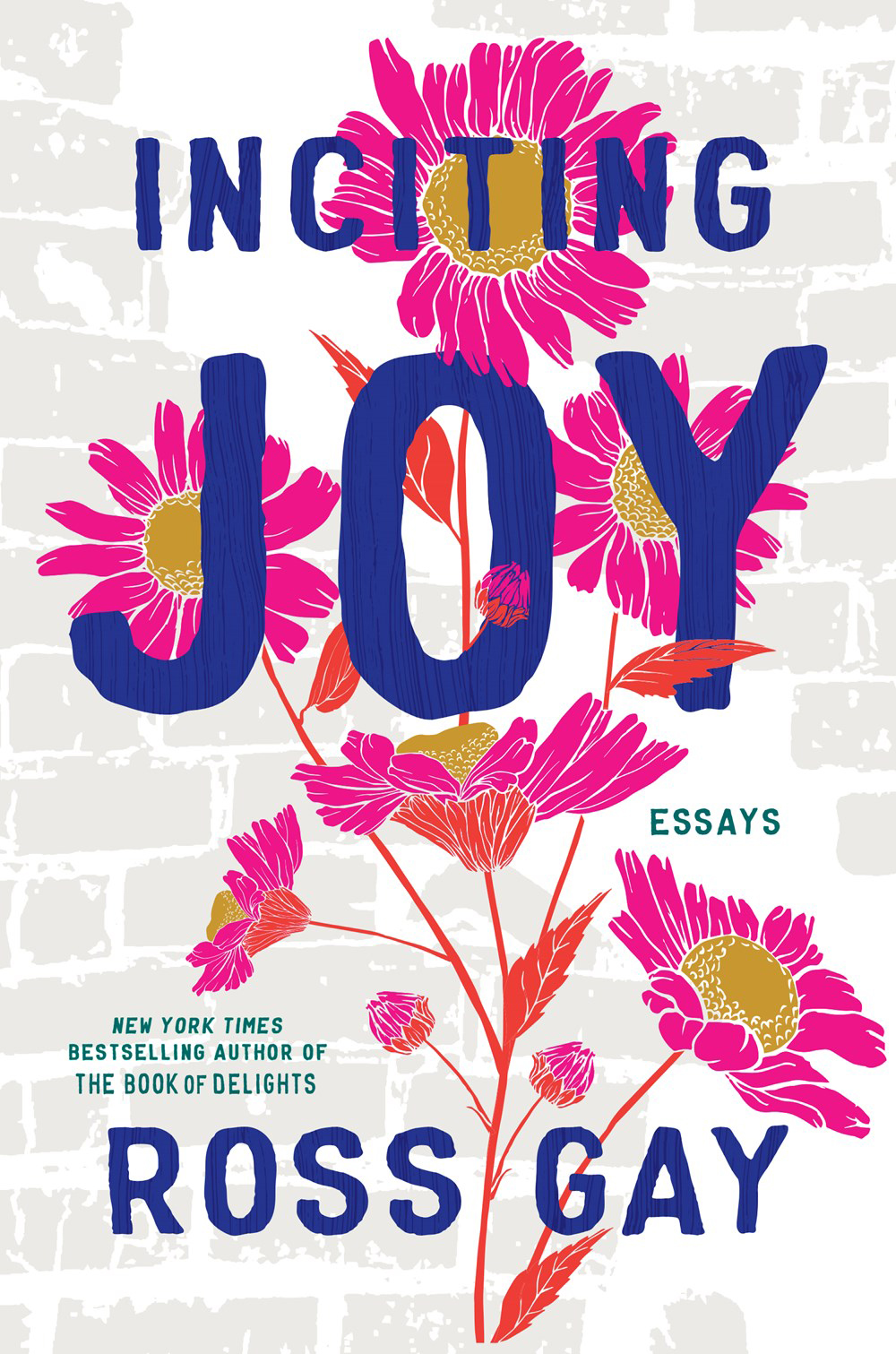 Poet Ross Gay’s powerful sixth book and second collection of essays, Inciting Joy, opens with an imaginary house party to which people bring their sorrows as plus-ones. Soon the living room becomes a raucous dance floor, and in the middle of this unexpected mirth, Gay poses two central questions: What incites joy? And more importantly, what does joy incite in us?

Early on, Gay offers his own hypothesis that joy is “an ember for or precursor to wild and unpredictable and transgressive and unboundaried solidarity.” By holding each other through a range of emotions—grief, anger, curiosity and even hilarity—we co-create manifestos for survival, and we refuse to allow capitalistic ills like proprietorship and unbridled ambition to make our lives narrower and lonelier. During an interview with BookPage, Gay explained that the book’s goal is essentially “to study the ways and the practices by which we . . . care for one another. Probably with a sort of firm conviction that institutions do not do that.” He also mused that Inciting Joy could just as easily have been called The Book of Rage for its exploration of his own life at desperate moments, from the impending death of his father from liver cancer in 2004, to a period of deep emotional and physical distress that Gay, often called “the happiest poet around,” feared he wouldn’t survive.

Yet, in the final chapter, joy reigns supreme, and the book ends with a very different kind of party: a potluck attended by members of the Dessalines Brigade, a group of Haitian farmers who, in the wake of the devastating earthquake in 2012, burned seeds donated by the agrochemical company Monsanto. These farmers’ joyful refusal of the gift, because it could have potentially introduced harmful chemicals into Haiti’s food supply, also speaks to the heart of Inciting Joy: that by regarding one another, and considering not only one’s own good but that of the greater community, we do more than incite joy. We save ourselves.