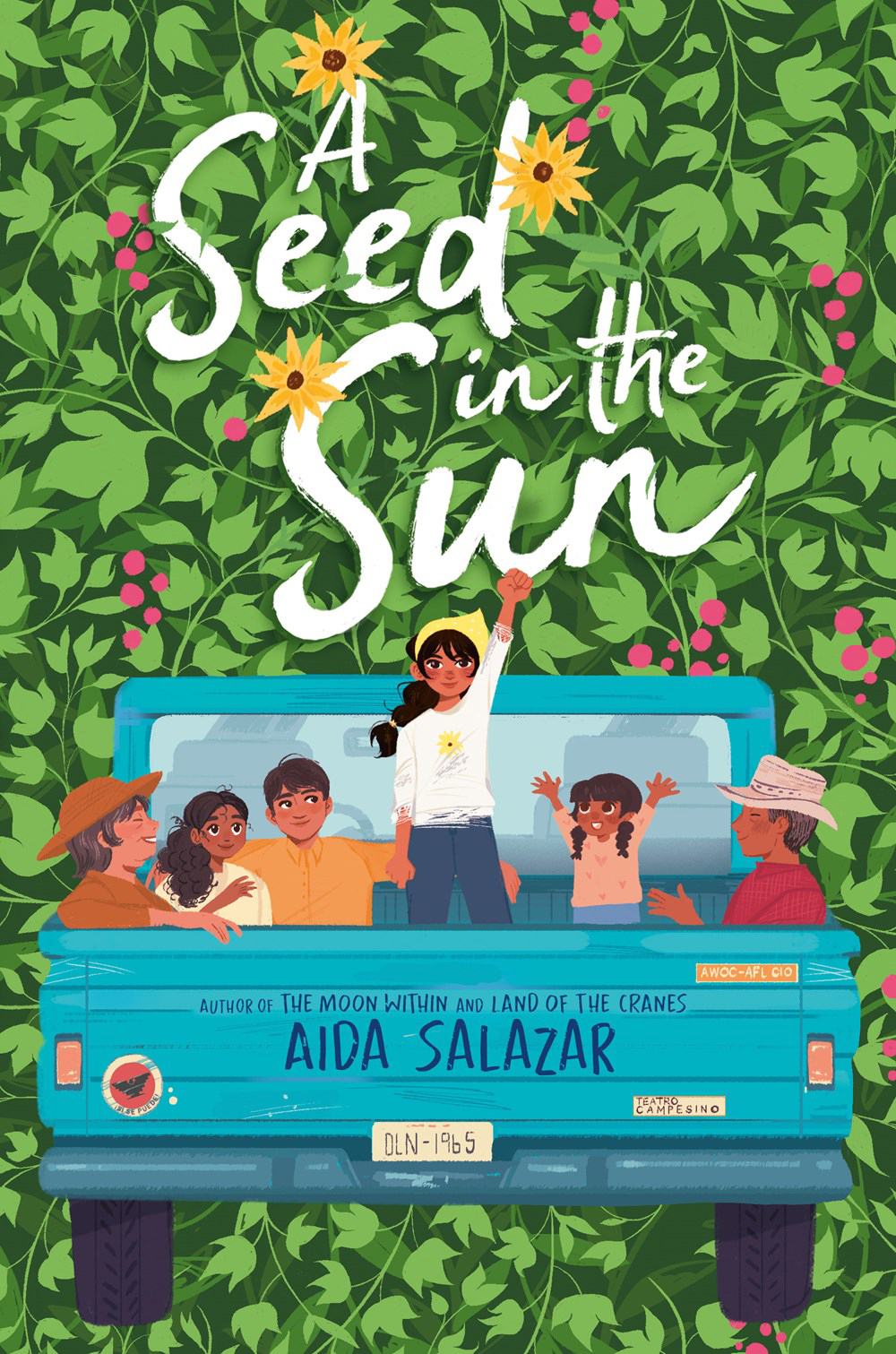 Twelve-year-old Lula Viramontes longs to be heard. She’s scared to use her raspy voice to stand up to her volatile Papá, who has decided that Lula and her sister will stop attending school so they can work in the grape fields of Delano, California. Lula is also worried about her Mamá, whose sudden illness has likely been caused by pesticides. But she has a seed of hope: Some organizations are leading a strike for better working conditions, and she must find the courage to convince Papá to join them.

A Seed in the Sun is a well-researched glimpse into the 1965 Delano grape strike and the 1960s movement for labor justice. Through Lula’s experiences, author Aida Salazar invites readers into the life of a child working in dangerous conditions. In an author’s note, Salazar is quick to point out that Lula’s reality still exists for many young people today, since “United States child labor laws (which protect children from exploitation) don’t apply to farmwork—the only industry in the nation that does not abide by them.” While the Viramontes are fictional, Lula and her family encounter real activists such as Dolores Huerta, Larry Itliong and Cesar Chavez.

In two previous novels (The Moon Within and Land of the Cranes), Salazar established herself as an expert writer of middle grade verse narratives filled with beautiful metaphors and similes. Her skill is evident here, as when Lula describes her voice as “an orange-yellow mist / that comes and goes / like clouds.” Salazar also intersperses Spanish throughout all of her novels, which lends authenticity to her verse. Although non-Spanish speakers will easily discern the meaning of most of the book’s Spanish words and phrases from context, fluent Spanish speakers and those who use a dictionary or translator as they read will be rewarded with treasures, like how the book’s six section titles are words that signify aspects of the harvesting season.

Salazar’s text is dynamic, with words that flow across the page. Each poem has its own pattern, and Salazar is creative with indentation, alignment and overall form. For instance, when Lula and her sister go behind their father’s back to get union cards, Salazar relays what happens next in a single block of full-justified text, conveying Lula’s excitement and nervousness about her passionate rebellion.

Readers gravitate toward middle grade historical fiction because it makes complex history tangible. A Seed in the Sun deserves a space on the shelf alongside Brenda Woods’ When Winter Robeson Came, which portrays another social justice movement in 1965 California, and Pam Muñoz Ryan’s Pura Belpré Award-winning Esperanza Rising, a modern classic of children’s literature that depicts the experiences of migrant workers.