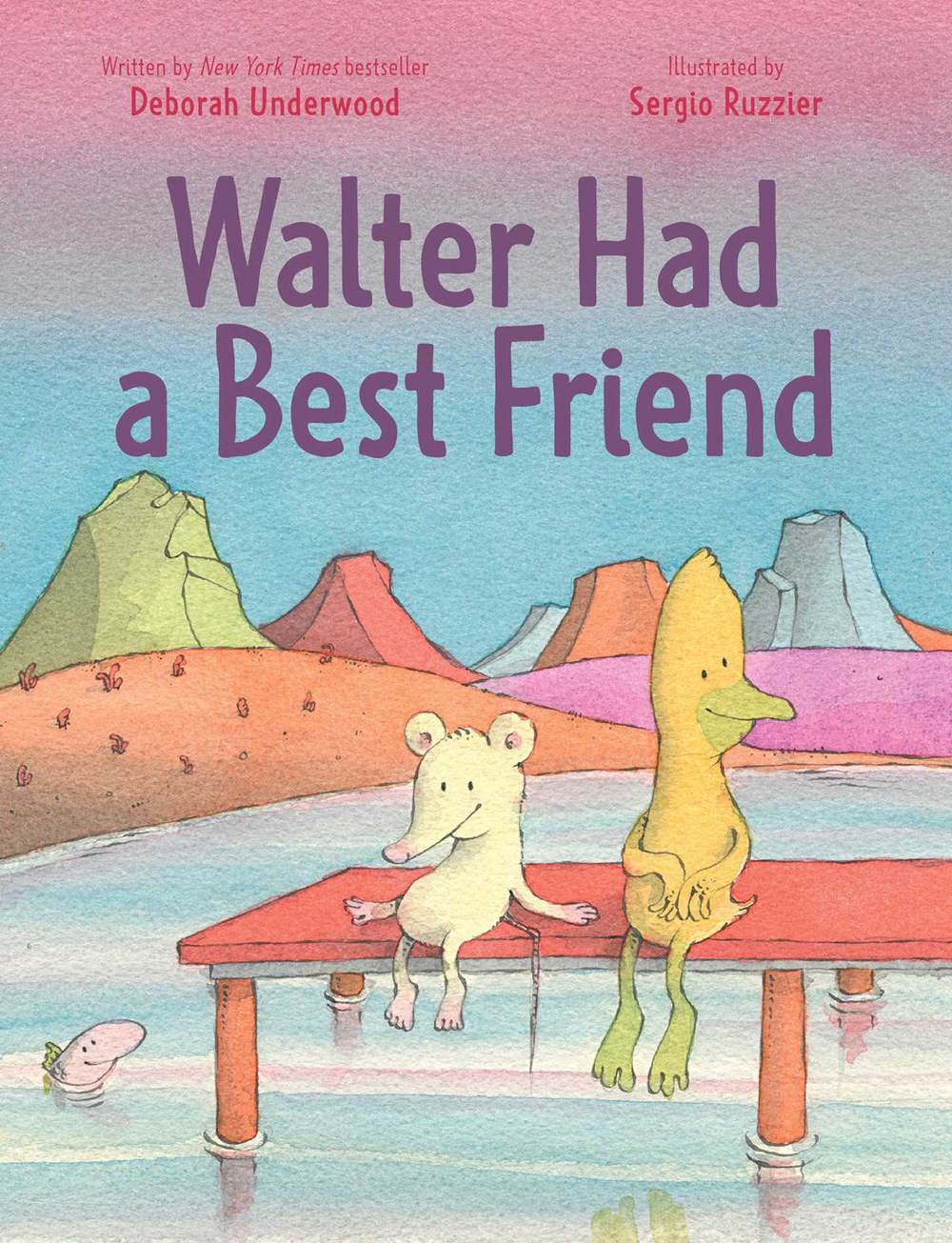 This deceptively simple picture book explores the emotions we feel when friendships end. Deborah Underwood’s story focuses on Walter, a rodent-ish fellow with white fur, round ears and a long pink tail. Walter’s best friend is Xavier, a yellow duck-like creature whose feet and flat beak are green.

The two friends do everything together. They hike, paint pictures, float in a rowboat and just enjoy sitting quietly. Their friendship changes, however, when a hedgehog named Penelope appears, and she and Xavier begin spending more time with each other.

Gradually, Walter’s world is transformed. He experiences anger, loneliness and sadness as Xavier gravitates more and more toward Penelope. Especially evocative is a scene in which Penelope and Xavier have invited Walter to a ball game. It rains, and the new friends share an umbrella while Walter sits apart from them, miserable and wet.

Underwood’s spare text provides ample space for illustrator Sergio Ruzzier’s surreal, otherworldly landscapes and bright pastel color palette. Ruzzier depicts the impact of Walter’s loss in approachable, moving images. For instance, we learn that Walter is quiet, “but it was a sad quiet. Not best friend quiet.” The accompanying spread shows Walter sitting alone on a dock; a dangling rope nearby suggests that the rowboat has been launched without him. He has lost not only his friend but also the pleasures they enjoyed together.

Just as Walter loses his friendship with Xavier slowly, his recovery is also slow, But he misses the activities he used to do with Xavier, so one bright day, when rays of sunshine beam through the closed curtains at his house, he just can’t resist the urge to go on a hike. Instead of taking the old trail, he strikes out on a new one—and discovers the promise of a new friendship along the way.

The book’s gentle pace, engaging artwork and lyrical yet straightforward text make this a comforting, reassuring read for young readers experiencing transitions at school or with friends. Walter Had a Best Friend is a gem.