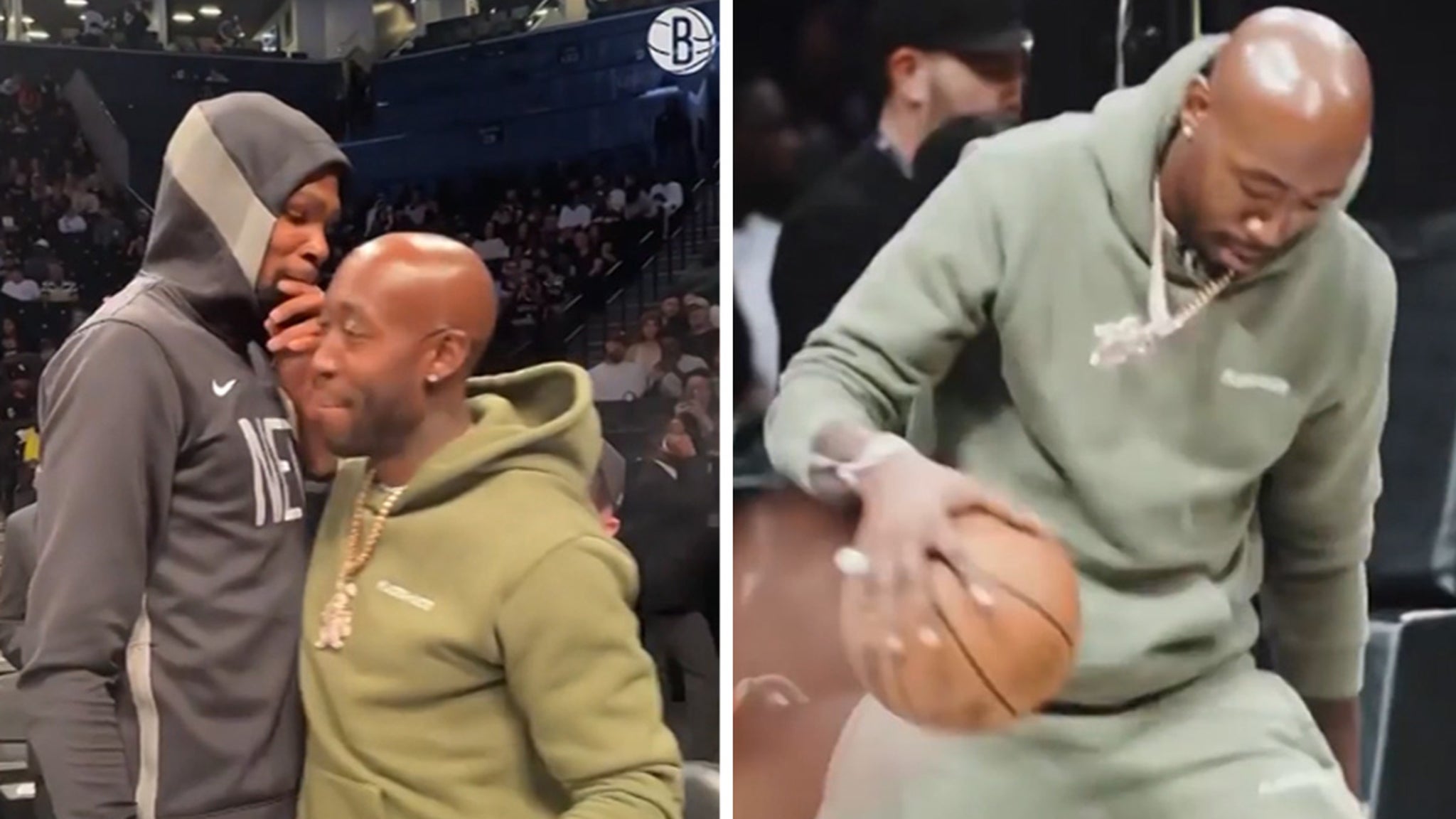 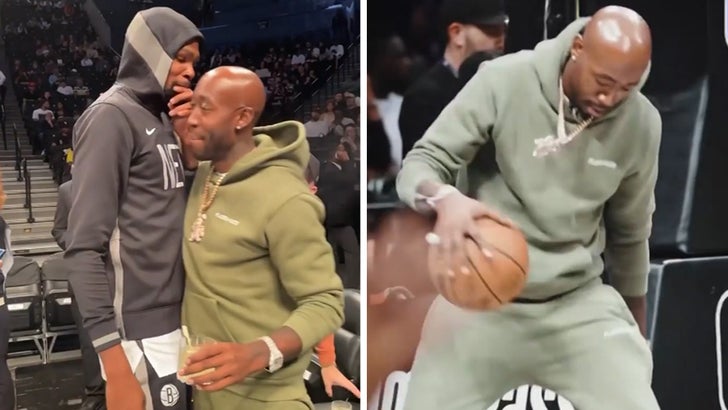 Freddie Gibbs is putting his side hustle skills on display — while chilling courtside for a Brooklyn Nets preseason game, he made it clear he’s ready to check in to the game at a moment’s notice!

The “Too Much” rapper showed off his quick reflexes when a loose ball bounced out of bounds and into his lap. Freddie flashed his ball-handling skills on an unsuspecting cameraman … but was probably wearing too much jewelry for real PT.

Just ask Kurtis Blow … rappers have always coveted playing on the NBA hardwood, and Gibbs is no exception, telling his manager Lambo he had to show off his handles in the moment.

Gibbs also found time to connect with Nets’ All-Star guard Kevin Durant … who actually appears on Gibbs’ new album ‘$$$‘ … and the two had a nice exchange on the sidelines en route to BK getting smacked by the Heat 109-80.

KD isn’t the only star Gibbs reunited with through his latest project. The Grammy nominee recently detailed how he reconciled with former label boss Jeezy … on the song “Rabbit Vision” — as well in a new interview.

Speaking to Bootleg Kev, Gibbs says he ran into Jeezy at the airport and they hugged it out after falling out nearly a decade ago over artistic disputes.

Gibbs admits he dragged the beef too far, and chalks it up to a learning experience.

Jeezy has a new project with DJ Drama coming soon so maybe the two can reconcile on wax and ball out!