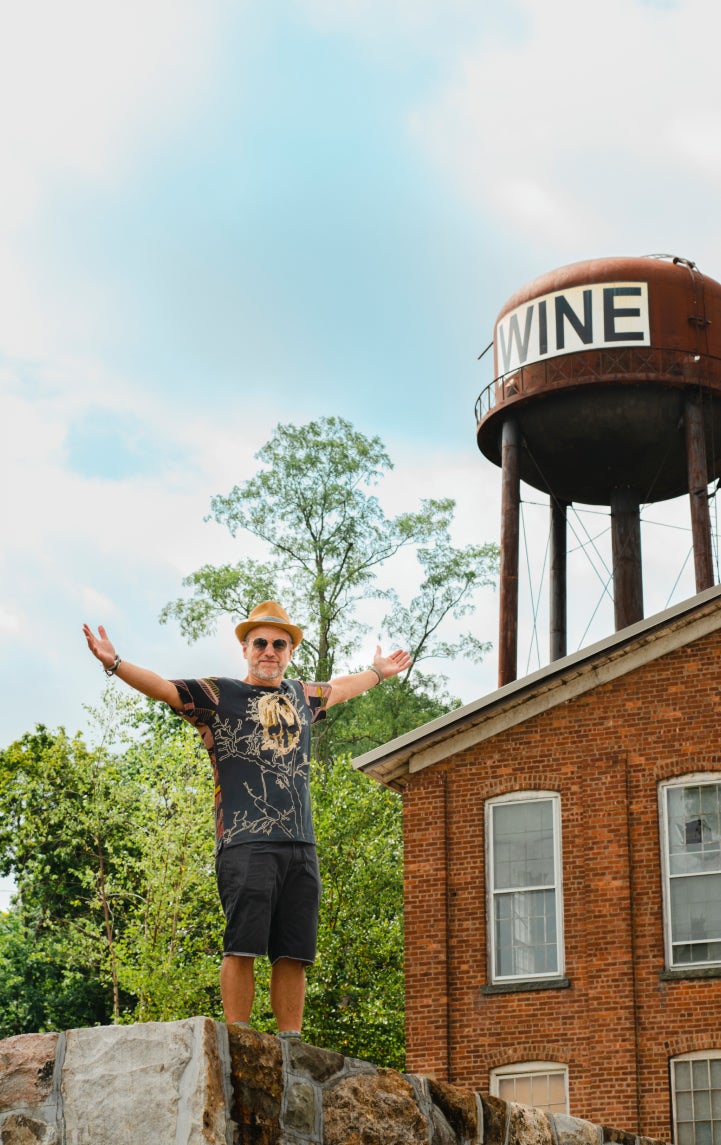 “I wanted to get laid, too,” Dorf said. “So I became their manager, the sound and lighting guy, their promoter; I was the fifth wheel of the band. I loved music and I wanted that energy of being on stage so that was the reality where I could find my fit. Actualizing and understanding is the way to get to where you want to get to, even if it’s not the normal route.”

College put distance between them, but friendship and a passion for music kept them in touch. Dorf jumped at the chance to get involved with their first record, eventually moving to New York and starting a small record label featuring other Wisconsin artists.

“It failed miserably,” he said. “The challenge was to see if I could move the needle and I couldn’t.”

If there’s one throughline in Dorf’s story, it’s his constant pivoting to reshape his ideas and still bring his dreams to fruition. In 1987, he found a small office space in Manhattan and turned it into a performance space called the Knitting Factory. It became a staple of the New York music scene and evolved into a company which was one of the earliest venues to livecast shows online.

Big-names like Apple and MCI sponsored the Knitting Factory as Dorf started pumping out music online in the early dotcom days.

“I overdosed on technology,” he said. “I stopped calling it music. It was content. I looked at everything as IP, as zeros and ones, not as art.”

“I made a barrel of wine in California,” he recalled. “Learning about and drinking wine is good, but making it is another animal. Having the chance to participate in the agricultural side was huge for me. I wanted to get into winemaking.” 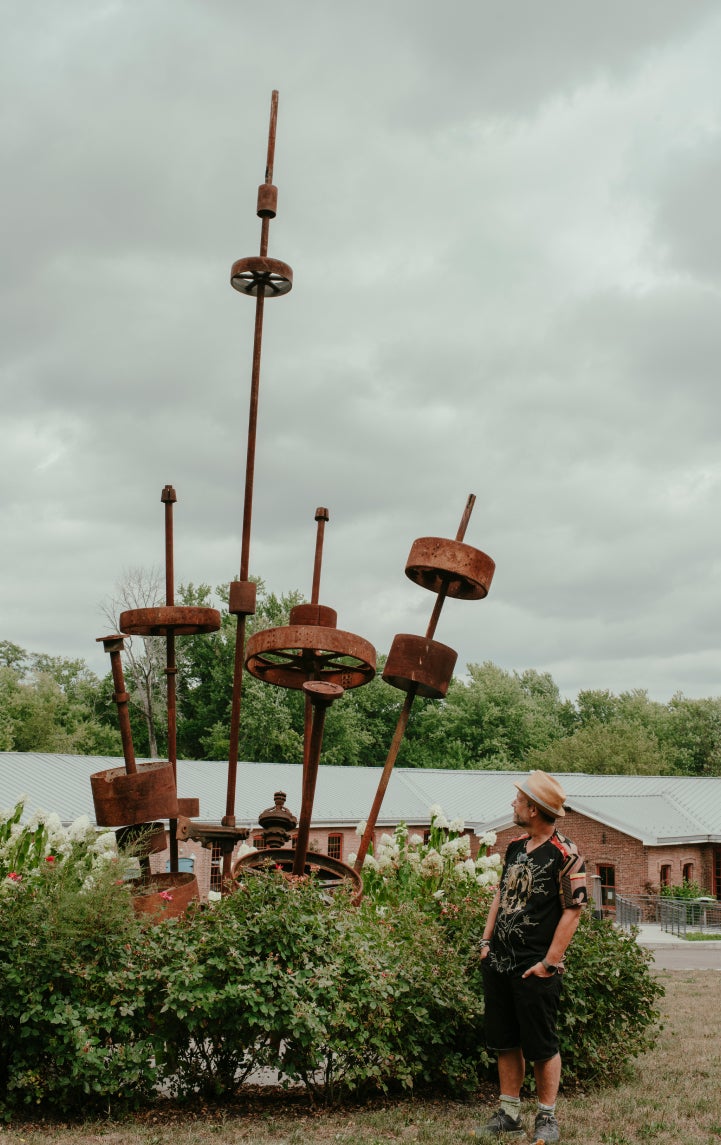 Such a phrase is no vote of confidence, especially when emanating from the mouths of twin eight-year-old boys in the backseat of a car.

Even less so when your wife agrees.

Dorf and his family of four visited Oregon on vacation, touring wineries as the idea of winemaking swirled in his head.

“Three hours into it, everyone’s napping in the car while I was driving to the next winery,” Dorf said. “I saw a ‘For Sale’ sign on a vineyard so I called. They said it was a 25-acre vineyard with 20-acres of pinot noir, my favorite wine.”

Dorf considered the price, did a little mental math, and decided that if they sold their apartment in New York, maybe he could give winemaking a shot. He hopped back in the car and called a family meeting.

The idea was instantly vetoed – at least in that form.

“It led to a necessity of invention: how can I operate a winery in New York City?”

The answer wasn’t as simple as one would expect. As he considered a business plan, he realized that making good wine wouldn’t be the most difficult part; selling it would.

“So, what was I good at? Putting on a show. I decided to mash the ideas together: sell seats to performances, then sell wine to the crowd.

City Winery was born on the idea of creating a multipurpose facility built around a working winery.”

The idea didn’t need long to aerate. Dorf opened New York City’s first City Winery in 2008 then brought the idea to Chicago in 2012. Nashville, Atlanta, Boston, D.C., and Philadelphia soon followed. By 2020, he had eight locations running and now has five new locations opening up by 2023, including one most recently in the Big Apple’s Grand Central Station.

“We’re creating moments that cannot be digitized in any format whatsoever. We’re scaling the experience to host it in more locations. We do integrate software to smooth the guest journey but our goal is to create a completely immersive space that convinces you to leave you phone in your pocket.” 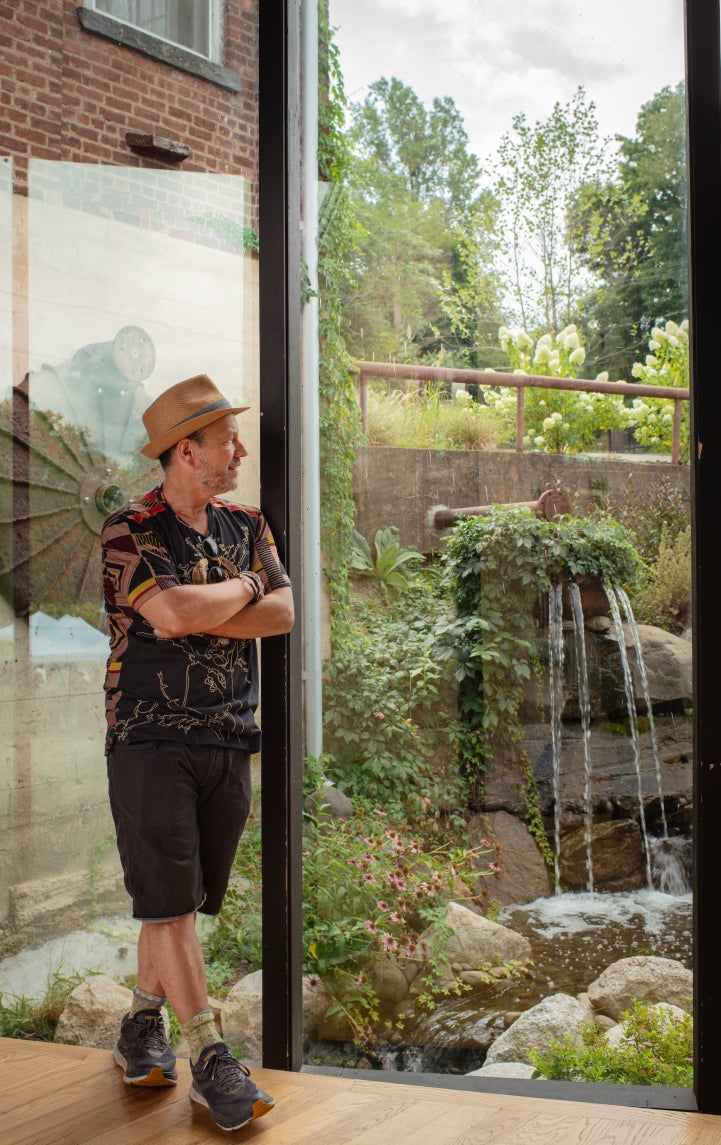 Cultivating a Community of Craftspeople

“My business doesn’t work on Zoom. Sensory is what makes us unique. The intimate connections. The feel of the wooden table. The aroma of the wine. The connection with the musicians on stage. You can’t digitalize these things.”

Dorf doesn’t take the City Winery experience lightly. He uses the example of ordering food at an airport restaurant: aspects like touchscreen ordering systems are efficient, but he feels like he’s eating, rather than dining, in these contexts.

“Going to a show is an antidote to the overdosing of technology in our daily lives,” he said. “When I think about the ways we can integrate software into our operation, I weigh it against my own standards as a customer. You can’t just get behind anything; you should want to have a personal connection and desire to use it. Otherwise, it doesn’t have the same degree of integrity.”

Dorf is quick to admit that he enjoys diving into the details of as much decisions as possible, overanalyzing the colors, shapes, textures, and other minute details because he wants the overall package to fit the vibe.

“Does it matter what bottle or glass the wine is in? On one hand, no,” he said. “Yes, the vessel is just the vessel, but at the same time, you want to feel good about it. I don’t want a plastic cup; I want a beautiful Riedel glass.”

His approach extends to City Winery’s music making, wine making, and “love making” – which is what he playfully calls the dining section. Though he does express his opinion, he prefers to cultivate a stage for which his chefs, bartenders, and the rest of his operations team create an immersive setting where the guest can feel connected to the experience.

“What I love maybe more than anything is creating the space for this all to blossom,” he said, with the caveat that he often moves on after the space is complete. “One tragedy of my gig is that I don’t get to fly to a City Winery, hang out, and enjoy the fruits of my labor. I build it, I leave it with my team, and I move on to the next location.”

Michael Dorf sees the craft components of music making and wine making overlap, and he’s happy to operate in this creative space.

And although City Winery sets the stage for an easy-going night, Dorf and his team don’t neglect the difficult times others face beyond the club’s doors. He keeps the Hebrew phrase tikkun olam in mind: “repair the world”.

“I like the idea that the world needs attention such as global famine, cancer research, music education and that we can’t ignore it,” he said. “We leverage our space and our media to give help through what I call selfish philanthropy. We get thousands of donation requests each year and I don’t think that there’s anything wrong with City Winery getting marketing opportunities from our donations. We never say no to a request. We believe we can do good in this world and accomplish things even as true capitalists.”

Our teenage dreams don’t always come true and, perhaps, they’re not always supposed to. Maybe they’re a moving target for a reason: something we’re meant to chase on a path to achieving a greater goal.

For Michael Dorf, abandoning a dream was never an option. Refocusing his desires and reshaping his endgame allowed him to leverage obstacles into opportunity. He might not be City Winery’s headlining act or an acclaimed vintner tending to his own acreage out in wine country, but he’s still found a way to craft his own success on his own terms.

And finally take center stage as a Self-Made Man. 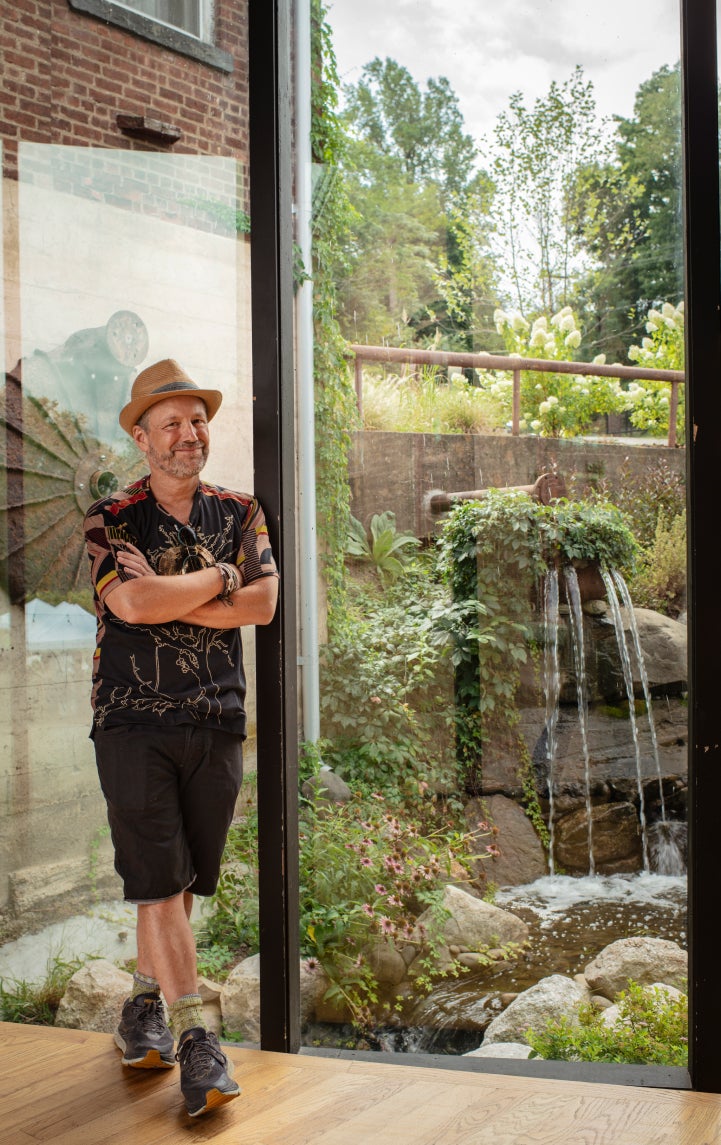 Sound Advice From A Self-Made Man

As someone who wanted to be a musician, but had to find a different way to be successful in the music industry. What advice would you give an entrepreneur who sees themselves as a “rockstar” yet has a skillset that’s more effective behind the scenes?

If you execute well and deliver on the promise of what you want to do – whether you’re the best cathedral builder, chef, you name it – that’s what’s important. What does it even mean to be a “rockstar”? Do you want attention from your peers or to be recognized or to have a certain number of likes and followers? Some people need that juice, and it certainly doesn’t hurt to have it, but knowing what you actually accomplish is done right and with integrity – that’s where I get the most feelings of accomplishment from.

Do you have any advice for those who don’t want to abandon their dreams but might need to realistically reshape them?

Under 30 is such a young age. Explore your interests. Try to get to a spot where you really enjoy what you’re doing, then find that gray space so you don’t need to make a dividing line between work and play.

In your opinion, what defines success?

Hopefully, it’s not measured by money, even though the market does somewhat dictate that. As an artist, it’s hard to measure success and know what metrics you need to feel as though you’re achieving something. Some people are comfortable with what they are without needing followers or money to define their success. I think the definition of success comes with maturity.

Do what you love to do. Enjoy your time on this planet.

What’s the best way for someone to use their business for philanthropic efforts?

There’s always a way to integrate donations and philanthropic operations into your business. For instance, there are many ways a restaurant can, like by donating food or recycling waste. There are many ways to look at this answer. As long as a philanthropic focus is part of your weekly meeting agenda, you’re already ahead of the game.

How ‘Bones and All’ Convincingly Transformed Timothée Chalamet and Taylor Russell Into Cannibals
7 Side Projects of Fatherhood
C.L. Butaud is Proof That Texas is Wine Country
Keyla Monterroso Mejia Is a Comedy Secret Weapon
Tips To Buy the Best Gifts for Your Kids This Year