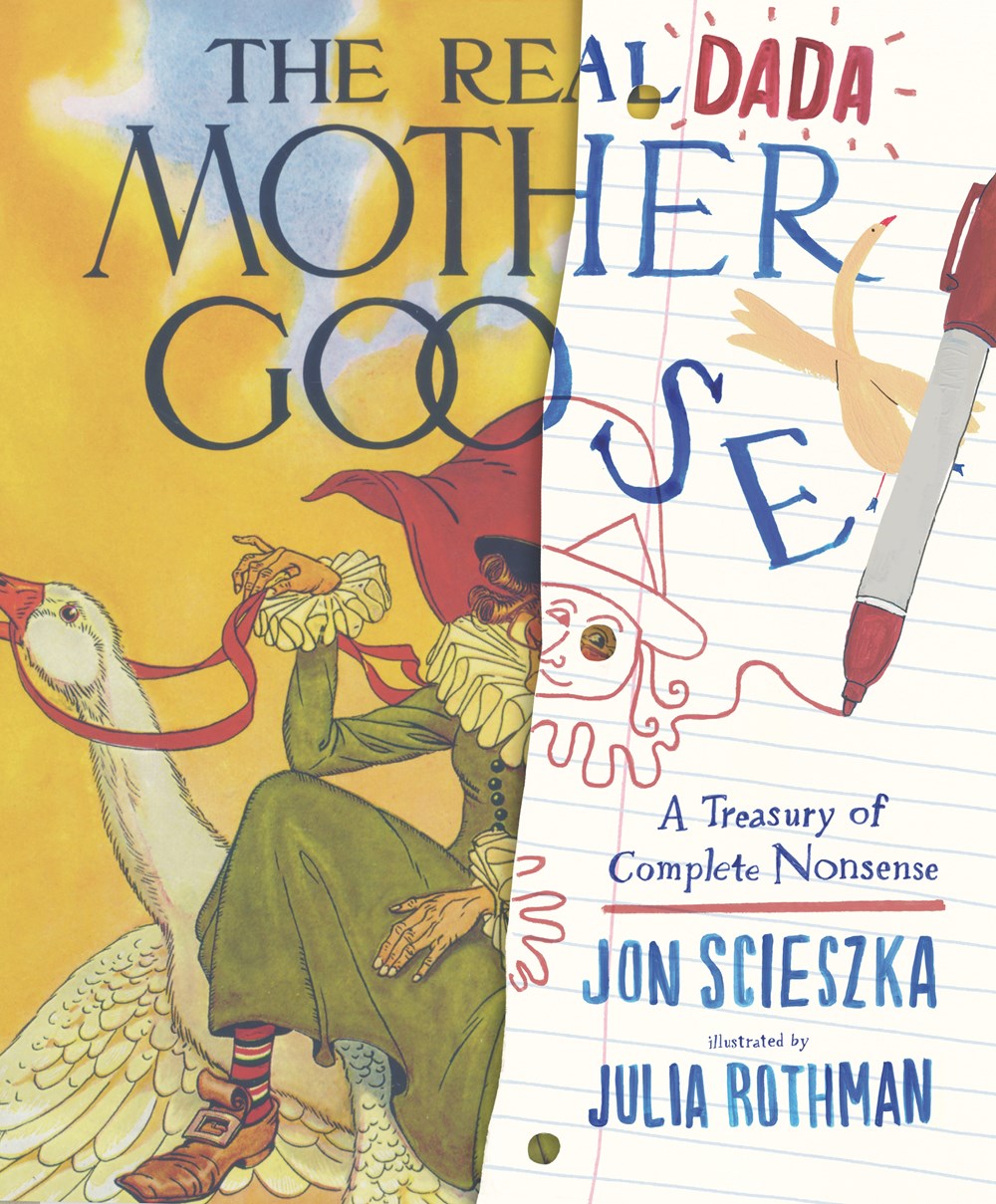 Nonsense and absurdity take center stage as Scieszka and Rothman spin and twist six evergreen verses inside out and upside down. Each verse is transformed into multiple new versions; some change structure and even switch mediums entirely. Among the renditions of “Humpty Dumpty” are a “boring” version, in which the famous royal horses and horsemen don’t “really have / do to anything,” a censored version with key words concealed by blue rectangles and a version translated into a series of foreign languages. “Jack Be Nimble” is presented in both secret codes and Esperanto, a well-known constructed language, while “Hickory Dickory Dock” is written partially in Egyptian hieroglyphs. “Hey Diddle Diddle” becomes a haiku, and “Twinkle Twinkle” is transformed into a rebus picture puzzle.

The ideal readers for this 80-page picture book will be elementary school children who are past nursery rhymes and consider themselves world-weary enough to want to poke fun at their toddler years. If those children also like solving puzzles, even better: The book’s abundant, inviting backmatter provides definitions for and explanations of how to work with the many devices employed in the book, such as anagrams, Spoonerisms (“Nack be jimble. / Quack be jick.”), the NATO phonetic alphabet and more.

The book is dedicated to Blanche Fisher Wright, who illustrated the popular The Real Mother Goose in 1916 and whose art is reproduced throughout these pages. A biographical note about her as well as a bibliography of her titles is included in the backmatter. Rothman inserts her own impish, comical drawings around reproductions of Wright’s work, such as in the “Jabberwocky” version of “Old Mother Hubbard,” where the title character appears with three heads. Rothman also populates the pages with “Dada Geese,” who serve as guides through this madcap adventure.

The Real Dada Mother Goose is a thoroughly entertaining book enhanced by detailed and plentiful backmatter. This handbook for creative mischief is sure to inspire many hours of Dadaist delight.