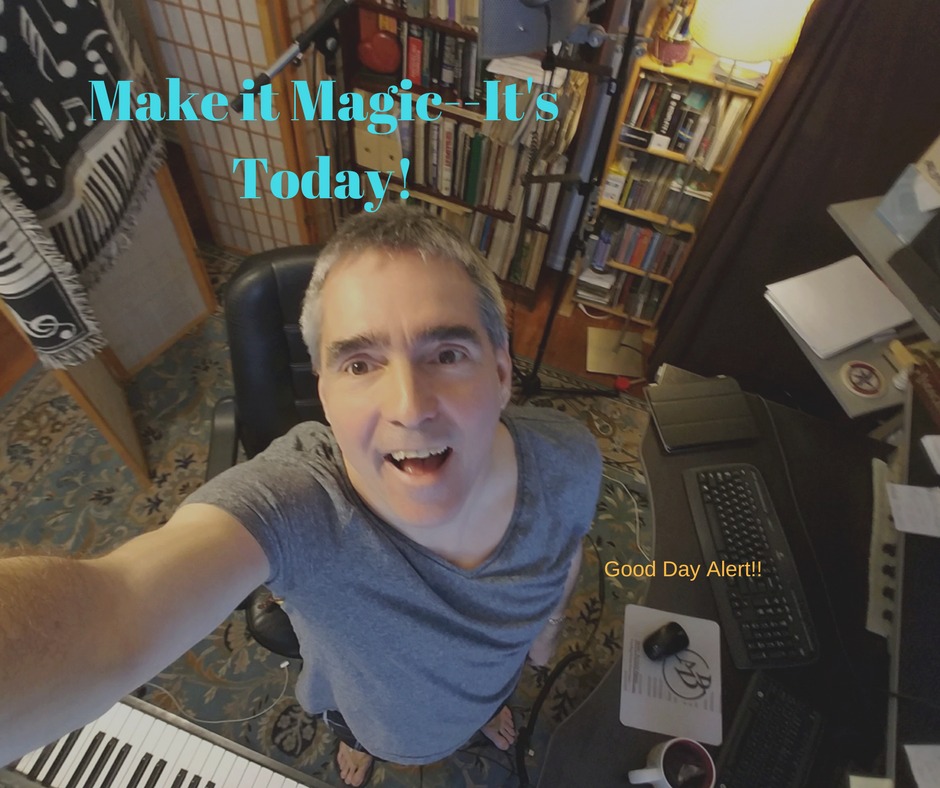 The hook tends to be the foundation of every charming pop single, and while this is true nine out of ten times, there are other instances where something just a bit more ornate steals away the spotlight and occupies the lion’s share of our attention. In his new single “She Makes Beauty,” singer/songwriter Marc Bosserman attempts to overwhelm the audience with a lot of vitality-laced elements in the arrangement but falls short of giving us more than we can handle – in all honesty, what he produces with this track is perhaps the most evenhanded pop listen I’ve had the pleasure of reviewing in the past few months. It’s simple, but more than this, it’s melodically centered in a way very few of the minimalist songs out right now have been.

Lyrically speaking, Bosserman’s positivity is supremely presented in these verses, and the very manner of his delivery reinforces the good vibes that we’re meant to be feeling from the second we press the play button forward. He doesn’t have the saccharinity that a lot of other singers possess when they approach sugary lines like those we find in the chorus, but there’s also no debating where he’s taking the bulk of his influence from when it comes to structuring these harmonies. Shades of a young British Invasion are to be found in almost every part of this track’s undertow, which isn’t something I’ve been saying about the majority of the singer/songwriters who have been coming out of this guy’s scene since the start of the year.

The piano part in “She Makes Beauty” is devoid of the tonal oomph I’d like it to have, but aside from this, I wouldn’t say the main melody feels too thin in the slightest. There’s a lot to enjoy about the muscularity of the percussion in a few spots, but it’s not quite as much as I would have wanted, especially for an arrangement that seems to be intentionally meandering in an era that has encouraged the exact opposite among pop musicians on both sides of the pond. There’s no calling Bosserman a hack in this performance, largely because he doesn’t allow for any portion of his originality to go unnoticed within the grander scheme of things.

A spirited performance from a singer/songwriter who is clearly still finding his feet, I believe “She Makes Beauty” is going to age especially well in comparison to what a lot of the other players this artist is competing with are putting out this season. To me, Marc Bosserman has an odd innocence that isn’t getting to the forefront of his content as much as it should be, but with the way his compositional whims take us from one edge of the emotional spectrum to another inside of a single performance, I think he’s got the capability to evolve a lot faster than some of the competition will. Only time will tell for sure, but what Bosserman has in this song is worth checking out if you haven’t already.