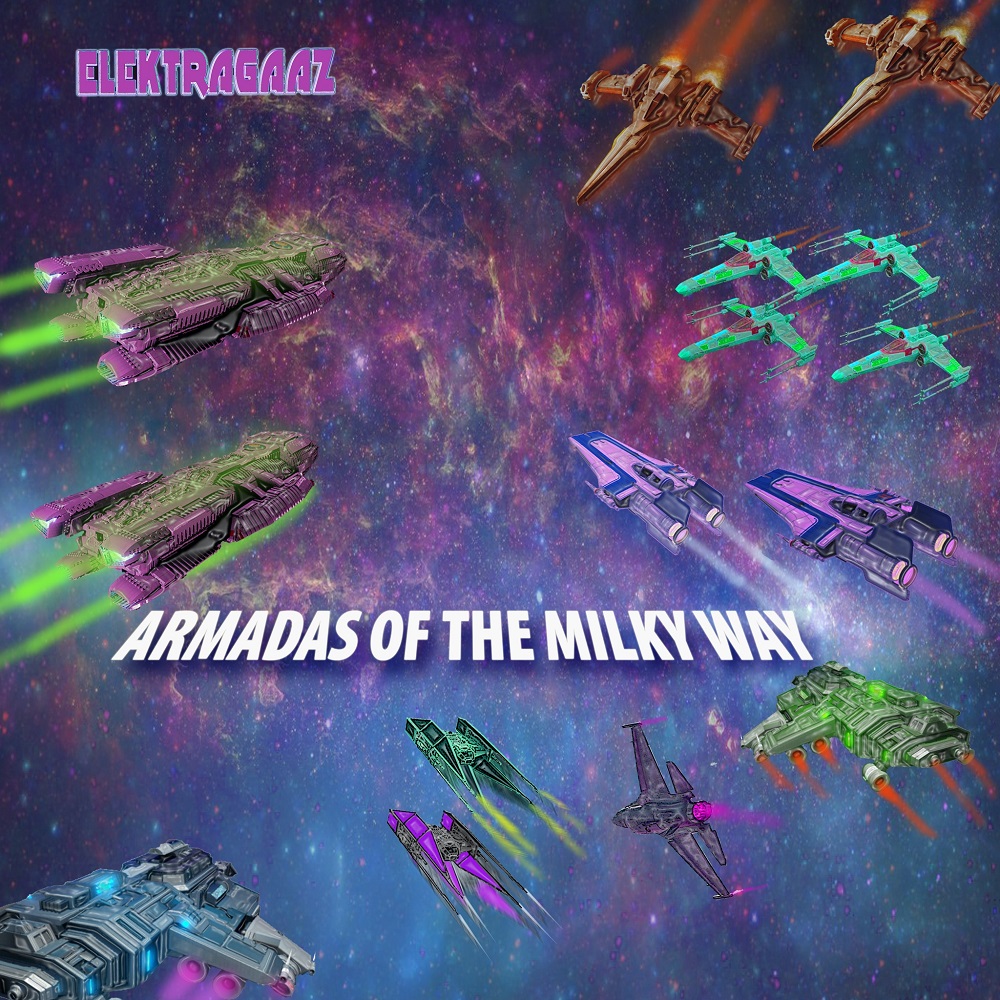 Concept songs start and end with a quality idea, and depending on the talent of the creators, that idea can form something akin to an opera or two-minute bubblegum single the same. The former is certainly true of the new single “Armadas of the Milky Way” by Elektragaaz, and although there’s been a lot of interest in progressive music of all sorts as of late, this is a track that stands out more on the strength of its framing than the stylization of its cosmetics. If you’re expecting something short of an indie epic, “Armadas of the Milky Way” is bound to surprise and engage you this September.

Where so much of the progressive aesthetic has been built on camp, Elektragaaz isn’t fostering a narrative with overindulgence of any sort in this performance. Contrarily, this is a story that’s being told through pulsing emotions that are sourced from melody and rhythm exclusively, which puts this act’s approach a lot closer to the classical genre than it does traditional progressive rock.

The electronics aren’t made to be cold and clinical, but instead radiant and a bit menacing, emulating the role of strings and wind instruments all too brilliantly.

When it comes to production quality, Elektragaaz has been setting the bar pretty high for themselves and the rest of the artists in their scene at the moment, and what they’ve done here is no different. There’s no searching for the starting point of a specific tone or melodic element in the music; it’s openly accessible to us, which is one of the reasons why I feel like “Armadas of the Milky Way” is able to get away with some of its more complicated components as well as it does. Compositionally and as a finished product, this is absolutely a cut above what similar performers are creating.

Although deeply multidimensional, the arrangement here is simplistically applied as to give us every individual thread of music under a clear spotlight, which is asking a lot of a piece as conceptual by design as this one is. At the same time, I think it’s obvious Elektragaaz wasn’t trying to create something overly theatrical with “Armadas of the Milky Way,” as they reject a lot of the predictable pomp that usually accompanies a piece of this magnitude. They could have embellished a lot of elements in this piece more than they did, and their restraint is something worthy of recognition here.

The competition might make this kind of release look and sound like studio rocket science, but Elektragaaz is proving the art of producing smart progressive content to be a lot easier than many would assume it is in “Armadas of the Milky Way.” This is a song that was easy to take in and never feels like a work of ego rather than a display of skill. To me, Elektragaaz doesn’t want to break the mold with their latest offering but instead show off how adept they are at developing something others would spend far too much time trying to assemble – with results not nearly as fetching as these, I might add.

Kim Kardashian’s SKIMS Goes on Sale Twice a Year: Don’t Miss the Deals
For His Latest Trick, Luca Guadagnino Turns Cannibalism into Art with ‘Bones and All’
46 Best Sneakers for Men in 2022: From Basic Low-Tops to Covetable High-Tops, These Are the Shoes to Know
Chrissy Teigen and John Legend Say They’re Teaming Up To Cook Thanksgiving Meal
Kanye West Skips Deposition in Kim Kardashian Divorce, Given Final Chance