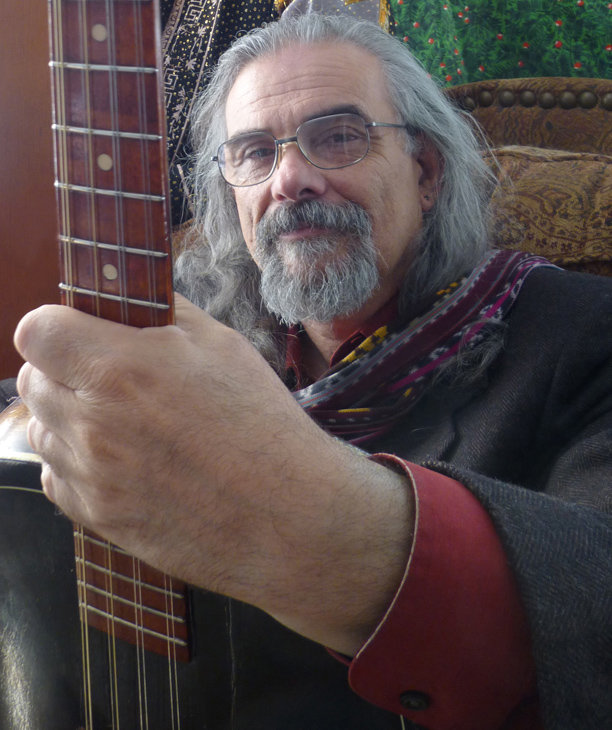 David Nigel Lloyd’s Of Service in Rosemary Lane is more personal than the English songwriter’s typical material. It isn’t nakedly personal in the manner of confessional songwriters, Lloyd’s far too much of an imagination lyricist and immersed in tradition for that, but instead reflects the core of his musical DNA. His ten songs on the album pay homage to the effect that songwriter/guitar player Bert Jansch and songwriter Robin Williamson, both pivotal figures in the history of mid-late 20th century English folk music, had on Lloyd’s artistic journey. It’s clear, by the album’s end, that the inspiration they provided him shaped Lloyd as a human being, too.

Lloyd covers Jansch’s “Rosemary Lane” from the 1971 album of the same name but, otherwise, delivers a platter of five-star originals. Each of those compositions draws from Lloyd’s comprehensive familiarity with tradition but sparks to life thanks to his talents for revitalizing such stylistic affectations in a modern context. His take on English folk is vital rather than mired in the past.

“Sweet Nothingness Ask Not” reveals one of the big reasons why. Lloyd’s unstinting wont for marrying attention-grabbing melodies with prominent acoustic guitar forces listeners to take a position on the song. Adding his vocals full of dust and hard miles expands each song’s dramatic dimensions without ever overwhelming its connection with listeners. I finished the album opener moved by my first experience hearing Lloyd.

The album continually reinforced that positive experience. “And Keep Our Foe at Bay” is heady stuff, an intricate tale captured within the seemingly modest confines of a traditional acoustic song, but the form never diminishes the content. Melody, once again, carries the day. The instrumental melody is as captivating as ever, but Lloyd deepens its impact with a vocal melody that checks off all the right boxes for me.

“Rosemary Lane” is full of enchanting musical magic characterizing the best of English folk, particularly the “acid folk” school. The post-production effects present in the recording never hinder Lloyd’s performance, however, as his vocal phrasing cuts through the sonic window dressing and reaches listeners’ hearts. “Blues for a Blue Movie” covers some of the same stylistic ground without ever feeling like a retread; far from it. Lloyd’s lyrics are, once again, every bit of a match for his musical arrangements and the latter never serve as empty vehicles conveying his message.

“The Streets Are Wet with Tears, Baby” may strike some attentive listeners as a little overheated lyrical. It’s an ebb and flow – some images bring the verbal intensity to greater heights than it perhaps should while other passages are modulated with spot-on instincts. I get the feeling that this may be the most important song for Lloyd on the album, though that shouldn’t be viewed as a slight to the others and may just be me projecting. It’s a song open to several interpretations and begs for multiple listens before settling on any. You can settle on the fact that David Nigel Lloyd’s Of Service in Rosemary Lane is one of 2022’s most challenging and yet rewarding albums. It is far from puffery to say there’s nothing else quite like it available today.

Lil Baby Refuses to Address Canceling Show in Canada, Partying in Vegas Instead
Love Is Blind’s Nick & Danielle Give an Update Post Split
5 Things You Didn’t Know About Las Vegas
The Bird Feeder
Who Are The Groups Banning Books Near You?: Book Censorship News, September 23, 2022