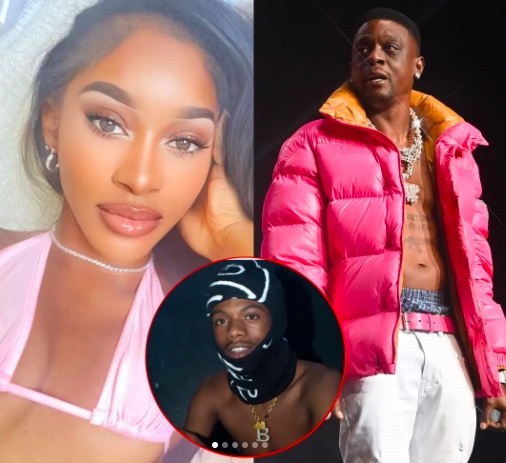 Oop! It looks like Ramya J, the woman who allegedly had a baby with Boosie’s son, Tootie Raw, has obtained legal action regarding the false and defamatory claims against her. Ramya shared a legal document on Instagram calling out Tootie and his family. The letter outlines a few points.

It stated, “Ms. Ramya Hall Johnson claims you have made multiple defamatory comments regarding her that have tarnished her reputation. These include, but are not limited to the following:

Ramya also shared a statement of her own. “To Torence Taylor @Tootie_raww4x & his family, you have made false and defamatory statements against me, my child, and my family,” she wrote. “You have made multiple false, defamatory comments regarding me that have tarnished my reputation as a young adult & college student at one of the big ten schools.”

She continued, “In addition to that, the people’s addresses and information posted throughout this will be taking legal action. Also, I’ve been advised to keep my child off social media! He has already been exploited in the worst way possible! what you need is an English, logistics & communications lecture from a university.” The aspiring artist advised them to be blessed.

If you recall, the drama started in June when Boosie was trending after calling out Ramya about a baby boy he believed was his grandson. The ‘Set If Off’ rapper dropped a video on Instagram stating, “The things these women do these days is CRAZY. My son has had the most stressful year of his life because of this situation. Ok yall wanna do this too, my son bet, and the momma of the daughter the worst. The last pic is the real mother and father.”

Roommates, do you think Ramya J has a strong case?

Ted Lasso Season 3: Brett Goldstein Jokes About Killing Off Fan Favorite Character
How Can I make my BMW Leather Seats Look New
Ludacris Says He’s Spreading Positivity Because The World Needs It
Why Melissa Gorga and Joe Gorga Skipped Teresa Giudice’s Wedding to Luis Ruelas
The Apple AirPods Max Are on a Rare Discount Right Now (Plus 7 Other Big Gear Deals We Like)