Rolls-Royce Ghosts, 100 years apart and a Luxury Constant for 114 years.

A historic pair of Rolls-Royce Silver Ghost greet new Ghost in San Diego. The pair of early 20th century commissions are still in service along with 70% of all Rolls-Royce motor cars ever delivered. The gathering marked the 2022 Rolls-Royce Owners Club Meet in San Diego.The Rolls-Royce Ghost and Black Badge Ghost showcase the tremendous technological development of the world’s premier luxury brand over the past century 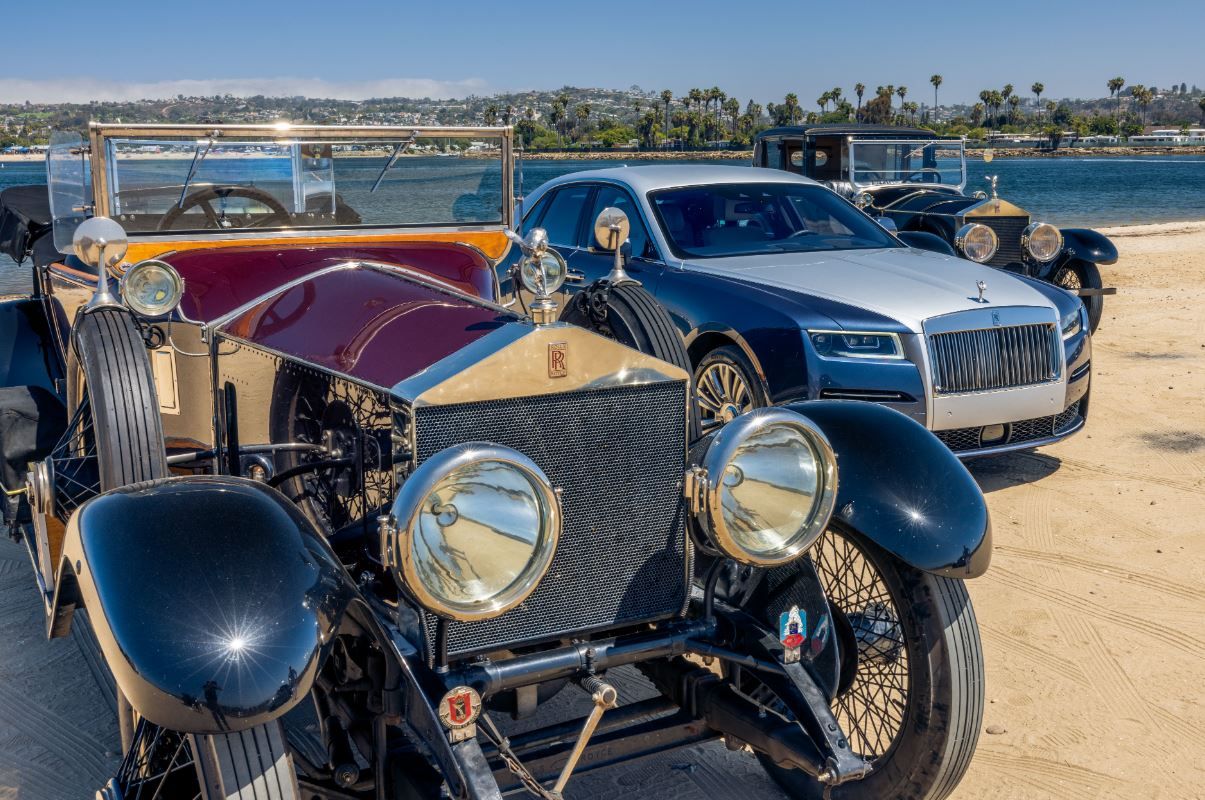 The vintage beauties were greeted by a 2022 Rolls-Royce Ghost, the execution of the brand’s concept of ‘post-opulence’ first seen in 2021. Today’s Ghost is a more restrained and refined. Constructed on the brand’s dedicated ‘Architecture of Luxury,’ Ghost has refined the Rolls-Royce driving experience to perfection. The interior free of unnecessary adornments with wide simple leatherwork and the longest straightest stitch lines ever seen in a motor car. Every piece has also been engineered to make Ghost the quietest ever and the most intriguing design features resulting from the use of light. Designers extended the effect of the brands Starlight Headliner inside and out with a fascia is illuminated with 850 shimmering stars surrounding the mark “Ghost.” On the exterior, a subtle ‘light touch’ includes a new feature with an illuminate iconic Rolls-Royce grill. 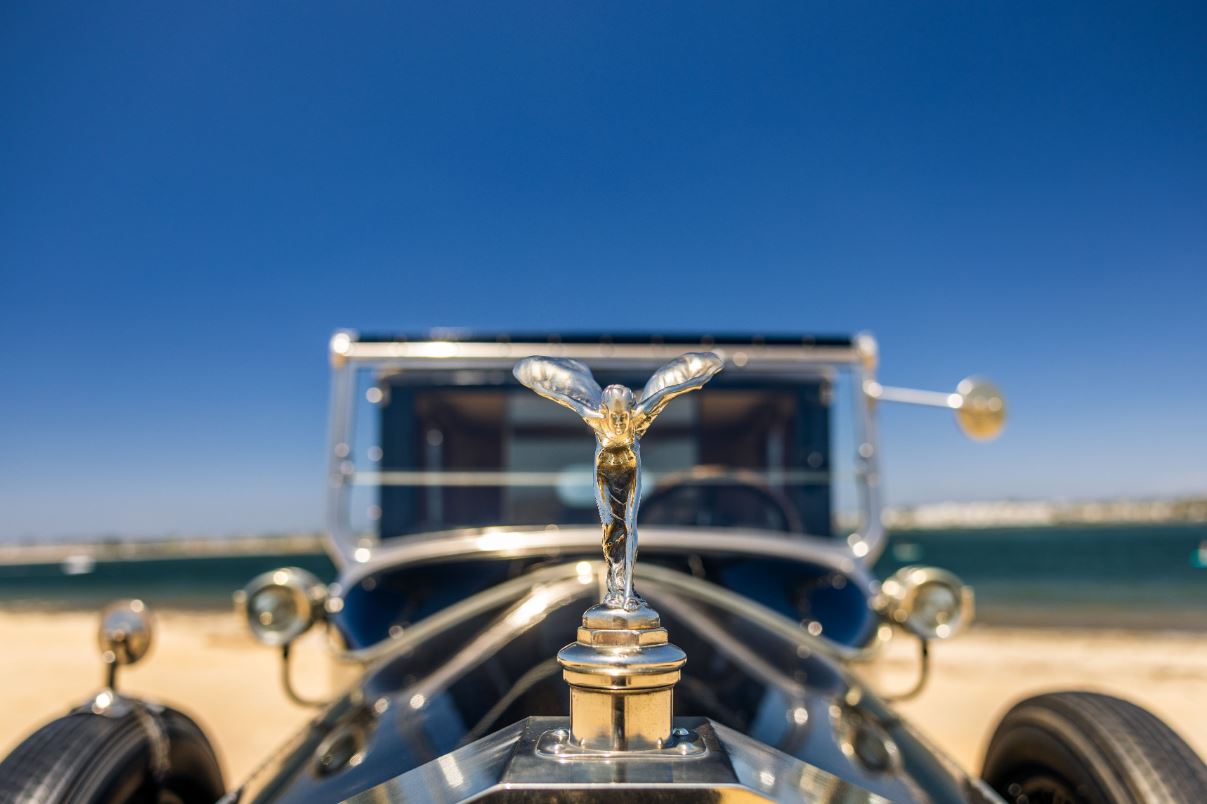 A stunning car with all its original appointments and finishing’s this 1921 has complete restoration including beautiful paint, metal finish, wood, leather & broadcloth upholstery. One of the first cars to be produced at Rolls-Royce’s Springfield, Massachusetts production facility, it was originally bodied with a Smith Sedan RRCCW #SS-149 and sold in Ohio and it was rebodied with a new Mayfair body appointed with a sliding partition window. In 1926 the chassis was converted to left hand drive (steering, pedals, shifter & brake lever, instrument panel) and running board boxes were removed as was in fashion.  Doug and Carole gates of Poway, California became the fourth owners of this Silver Ghost in 2016. 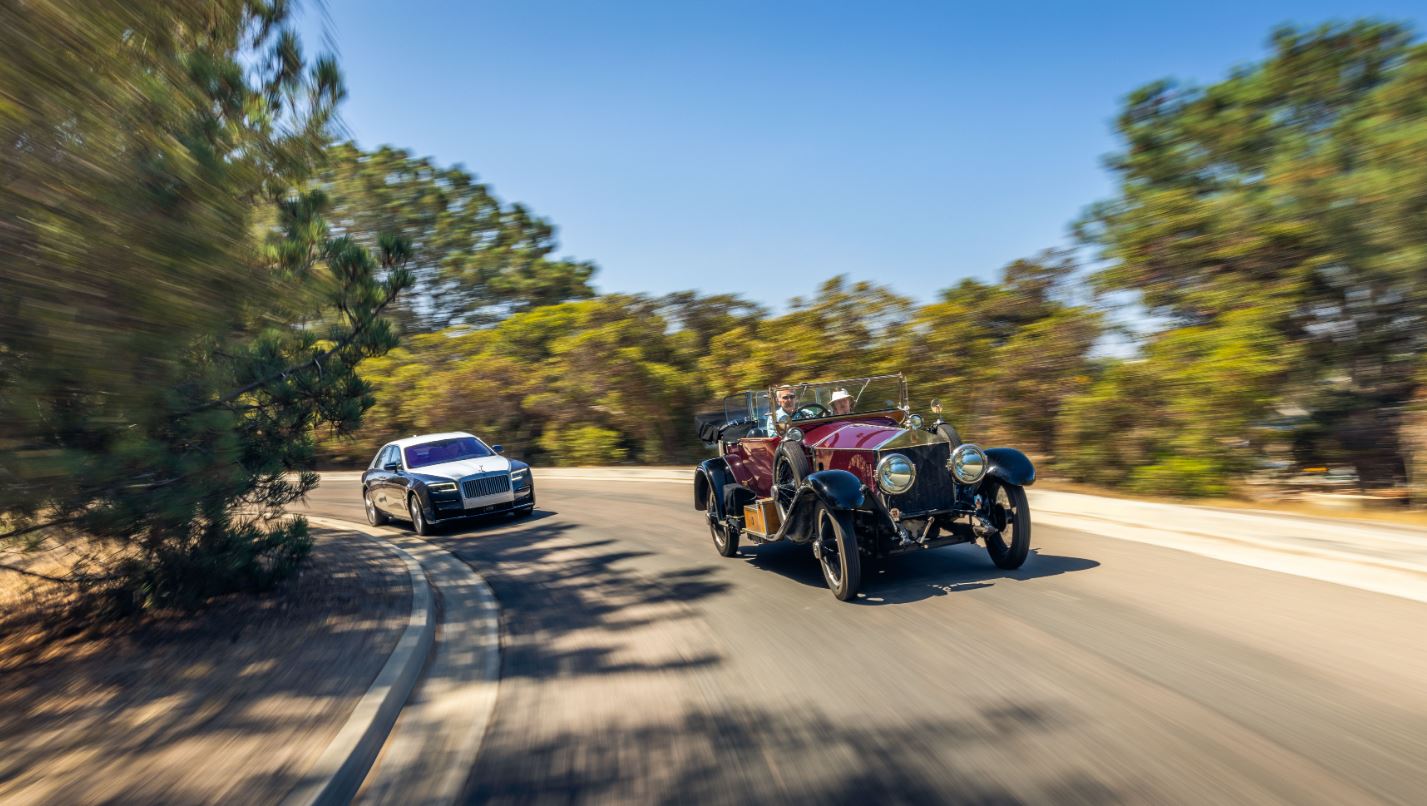 This 1923 British Build commission is a beautiful open top example of Rolls-Royce Silver Ghost Tourer.  With an exterior Claret paint finish, it boasts beautiful paint, metal finish, wood, leather & upholstery.  The Silver Ghost was initially bodied and sold as a limousine in the UK market and then imported into the US in the early 1960’s for a Massachusetts owner.  An award-winning Silver Ghost from the 2010 Amelia Island Concours d’Elegance, this Silver Ghost has traveled more than 10,000 road miles in past year and has journeyed the 12,000 miles from its home in North Carolina to Alaska in recent years. Current owners Doug and Mary White revel in adding miles to this tourer. They have toured the UK, Europe, South Africa.  The Rolls-Royce Silver Ghost has even visited Singapore in the past decade.

Ja Rule Snaps Back At Fat Joe Over Irv Gotti Interview About Ashanti
“I will do what I can for damage control”: Abortion Information Misinformation within Oklahoma City’s METRO Library
Should We Read Anything into Chelsea’s Lackluster Pre-Season Results
James Franco’s Castro Casting Defended by Producer After Leguizamo Bash
Attorney Bert Fields, repped Beatles, Cruise, Jackson, Dead at 93