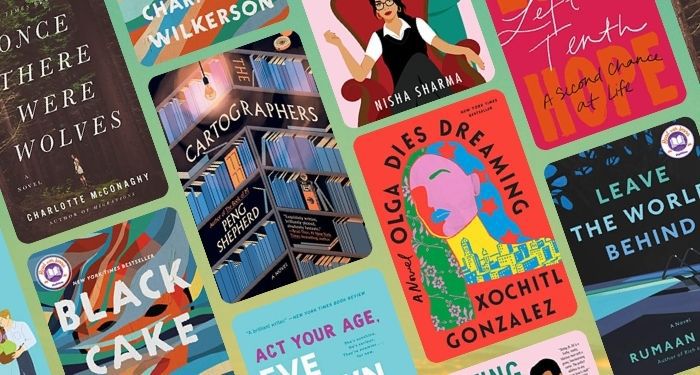 The World Gives Way by Marissa Levien for $1.99

When Two Feathers Fell From The Sky by Margaret Verble for $4.99

The Sandman: Book of Dreams by Neil Gaiman for $3.99

Far from the Light of Heaven by Tade Thompson for $2.99

Girl in the Blue Coat by Monica Hesse for $2.99

The Five by Hallie Rubenhold for $1.99

Midnight in the Garden of Good and Evil by John Berendt for $2.99

Furia by Yamile Saied Méndez for $1.99

Witches Steeped in Gold by Ciannon Smart for $2.99

The Hellion’s Waltz: Feminine Pursuits by Olivia Waite for $1.99

Felix Ever After by Kacen Callender for $1.99

The Candy House by Jennifer Egan for $5.99

Not So Pure and Simple by Lamar Giles for $1.99

I Can’t Date Jesus by Michael Arceneaux for $1.99

The Wee Free Men by Terry Pratchett for $1.99

Red, White, and Royal Blue by Casey McQuiston for $2.99

All These Bodies by Kendare Blake for $2.99