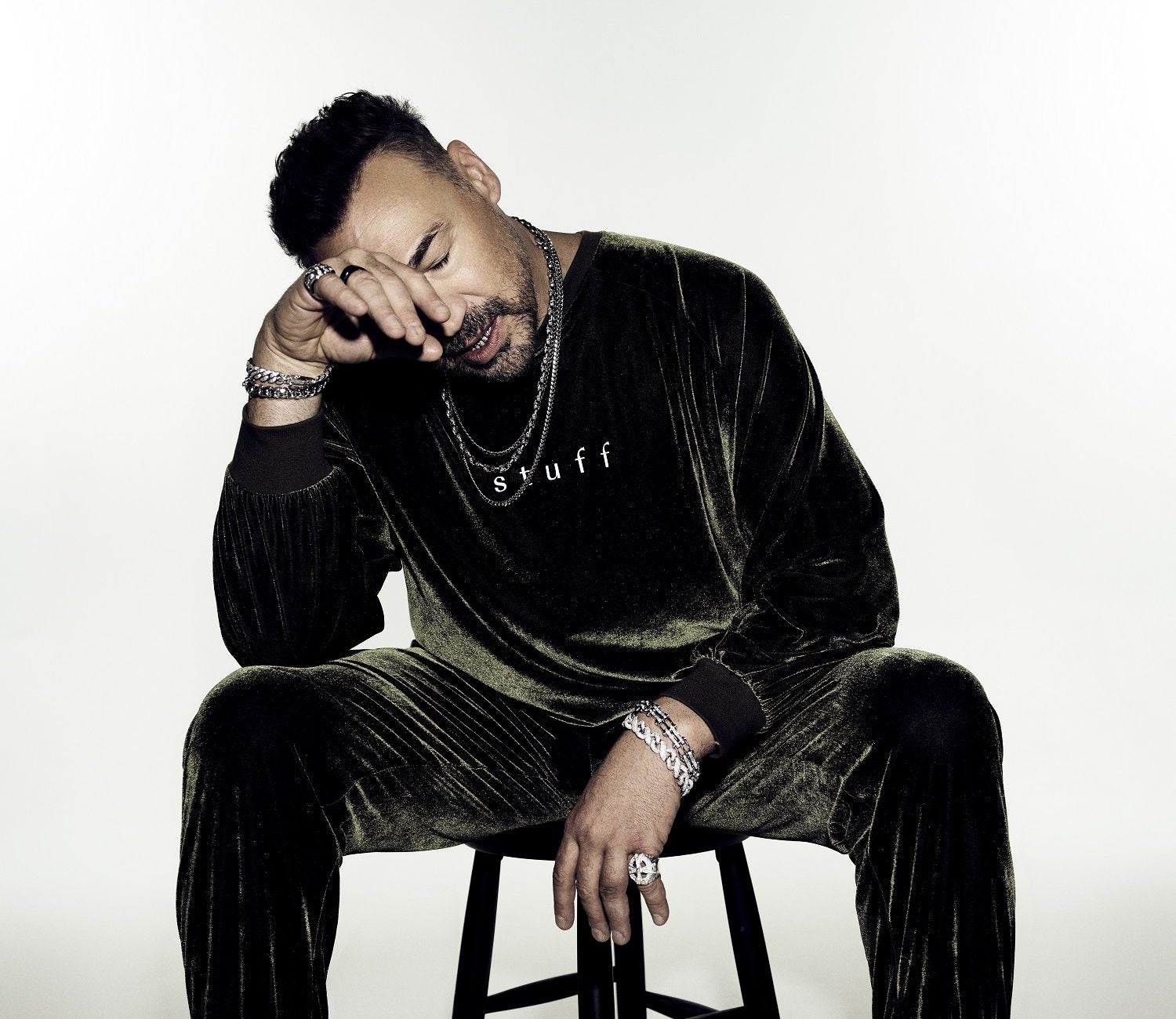 Aleks Paunovic is a tough guy – both on and off the screen.

The Manitoba-born actor is well-known in the sci-fi world for recurring roles in Van Helsing, Snowpiercer, and Supernatural. One look at his CV showcases a cavalcade of conflict for his characters, from throwing the hammer down as Shao Kahn in Mortal Kombat: Legacy to fearlessly cracking Tom Hardy across the face in This Means War.

If there’s one element of Paunovic’s acting prowess that needs no honing, it’s his athleticism. No matter the scene, his decades of professional boxing and stunt training have made him a shoe-in for any tough guy role that comes his way. Just one look from the 6’5”, 280lb man is enough to send your confidence cowering.

Which is why the thought of a gleeful Aleks Paunovic jumping with joy over securing a role in Marvel’s Hawkeye is the perfect juxtaposition to separate his rugged physicality from his exceptionally warm personality.

“It’s always been my dream to be in the MCU and it’s such an honor,” Panovic told me, before admitting that he nabbed the role almost by accident.

“My agent asked me to audition for an ‘untitled project’ which was the last thing I wanted to wrap my head around. I was already working on three other massive auditions at the time, but this was quick, fun, and in my wheelhouse, so I gave it a go.”

His agent rang weeks later with news that Paunovic booked a Marvel gig as Ivan Banionis,a member of the Tracksuit Mafia.

“I know it’s the Marvel Cinematic Universe, but it’s really more of a family. The fandom that comes along with it are so enamored, so devoted, and they really welcome the Tracksuit Mafia. It’s one of the most fun gigs I’ve ever had.”

Without venturing into spoiler territory, the fate of Paunovic’s character is left ambiguous – and my own nerdy curiosity presented Paunovic with a question that’s strictly taboo: Have we seen the last of Ivan Banionis in the MCU?

“I love that you asked that question”, he said, followed by a nervous chuckle.

“All I can say…I would love to come back and be part of that universe again. Knowing that Ivan might still be around gives me hope that I’ll play in that world again.” I could sense him looking over his shoulder, wondering if Kevin Feige was bugging our phone call. To not tempt Ivan’s fate any further, I left the question at that.

From the MCU to NFTs

As heroic of a feat as Paunovic’s MCU casting was, it’s his latest project that’s even more impressive. He plays Bishop in GenZeroes, the first-ever live-action NFT sci-fi series. Paunovic joins a talented cast including Kandyse McClure and Tahmoh Penikett (of Battlestar Galactica fame) and Paul Wight (ex-WWE superstar Big Show) in this unique project that combines a scripted television series, digital identity, and digital membership into NFTs.

When asked what made Paunovic sign on with this House of Kibba project, the answer was two-fold.

“I love that this idea for NFTs is artist-driven. The community in House of Kibba is a solid fan base and they’re excited for this project. What makes this unique is that the cast, crew, and fans can have real-time fireside chats on Discord as we’re creating the show. Fans get to voice their approval or disapproval of what we’re doing.”

Paunovic harped on just how innovative this format is.

“We can shoot a five-to-six minute scene with live actors, then continue the story on a different medium such as a comic book. Fans can explore the colorful serial world then transition seamlessly with the story back into the live scenes.”

The integration between the creators and the fanbase goes far beyond the story itself. Any fan can buy NFTs related to the creative process, for instance, purchasing a wardrobe sketch by the show’s costume designer. With GenZeroes, the creativity on and off camera is elevated to new levels as fans can have literal ownership of the show’s elements and individual members of the crew like cinematographers and make-up artists can have their work showcased – and purchased – in new ways.

Paunovic was ready to admit that he was not knowledgeable on NFTs prior to his work with GenZeroes and Zero Contact (the first feature film released on an NFT platform, co-starring Anthony Hopkins). Beyond being able to handpick his creative teammates, Paunovic’s driving force behind signing with House of Kibba was working with the show’s creator Neil Stevenson-Moore.

We sat down with Neil Stevenson-Moore to get a better understanding of how fans can get involved and why Aleks Paunovic is the man to lead the charge on-screen.

What are your hopes for Genzeroes? In five years, how do you envision its impact on both entertainment and blockchain technology?

“In five years I hope that GenZeroes is recognized first for its great story and characters, and second for the immersive experience that fans can access via their unique NFTs. NFTs are the future of IP protection and community involvement for digital media. They provide a connection between the artist and people that own them, encouraging and facilitating a deeper, more authentic relationship between the creator and fan.”

For fans of the genre, what’s the best way for the audience to get introduced to/engage with Genzeroes and House of Kibba’s on-going projects?

With Aleks Paunovic leading the ground-breaking Genzeroes and starring in mainstream shows like Hawkeye and Snowpiercer, how do you believe his involvement will help bridge the gap between the NFT and entertainment audiences?

“Aleks is recognized universally as an “actor’s actor”. He brings a reputation of humility, hard-work, and graciousness to all of his projects. As a producer, he has already leveraged his community to land GenZeroes an incredible cast; and as an actor, he will continue to deliver incredible performances that provide depth and sincerity to our production.”

Check out Aleks Paunovic in the revolutionary show GenZeroes and keep your eyes peeled for his next groundbreaking adventure.

“Outgrowing Ourselves” by B.B. Cole
Photo Showing Eric Holder’s Injuries Surfaces Following Brutal Attack By Inmates While En Route To Trial For Murder Of Nipsey Hussle
6 Fourth of July Vacation Destinations
We Should All Just Call Each Other ‘Chef’
NYC Mayor Eric Adams Says Rudy Giuliani Should Be Investigated For Reporting A False Crime After Claiming To Be Assaulted While Video Showed He Was Tapped On His Back