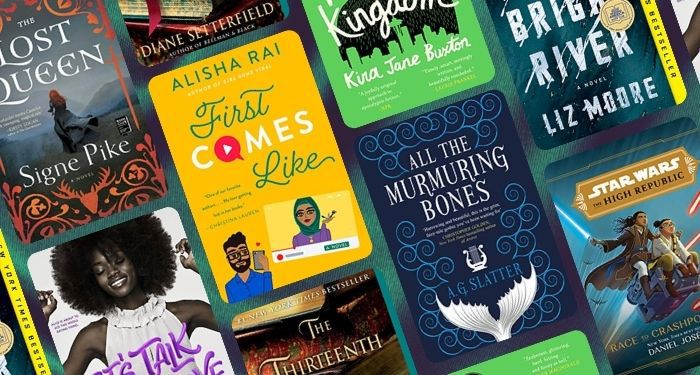 The Girl from Widow Hills by Megan Miranda for $1.99

Edinburgh by Alexander Chee for $2.99

Pride, Prejudice, and Other Flavors by Sonali Dev for $1.99

Because Internet by Gretchen McCulloch for $1.99

A Little Devil in America by Hanif Abdurraqib for $2.99

A Man Called Ove by Fredrik Backman for $2.99

Black Sun by Rebecca Roanhorse for $1.99

The Most Beautiful Girl in Cuba by Chanel Cleeton for $1.99

Tales from the Hinterland by Melissa Albert for $2.99

From Little Tokyo, with Love by Sarah Kuhn for $2.99

Girl Waits With Gun by Amy Stewart for $2.99

Speaking of Summer by Kalisha Buckhanon for $1.99

For the Wolf by Hannah Whitten for $4.99

His Truth Is Marching On: John Lewis and the Power of Hope by Jon Meacham for $4.99

Seraphina by Rachel Hartman for $1.99

Queen of the Conquered by Kacen Callender for $4.99

The Bollywood Bride by Sonali Dev for $1.99

The Nine Lives of Rose Napolitano by Donna Freitas for $1.99

A Visit from the Goon Squad by Jennifer Egan for $2.99