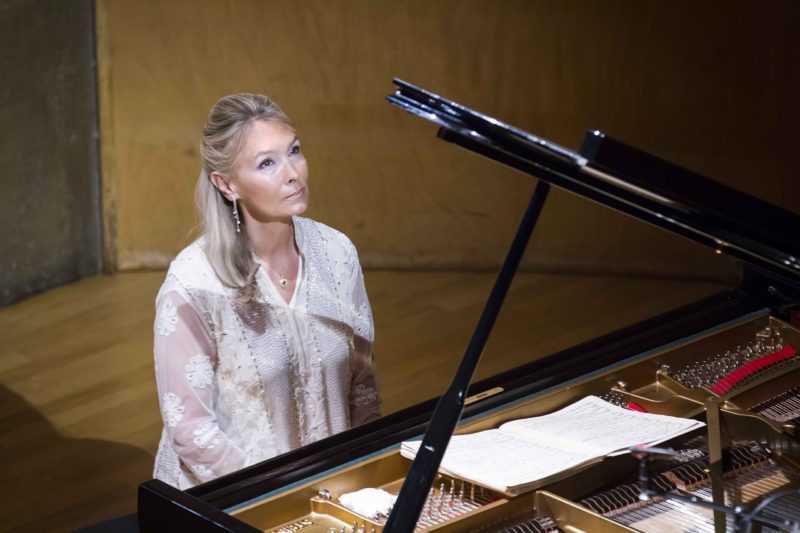 Classical music doesn’t have to be for a restricted audience of elites who have been listening to and studying the genre for the majority of their lives. Instead, I think that classical can be one of the most accessible genres in all of music next to pop when it’s played by someone with the kind of skillset that Elizabeth Sombart has in her new album Singing the Nocturnes. Singing the Nocturnes, as its name would suggest, is a tribute to Chopin, but it doesn’t read like another tired classical homage in any way, shape, or form. Rather, this is classical for the contemporary audience, and it’s reasonable that this record could break its creator through in a big way this coming January.

The piano cries in a bout of envy in Op. 37 No. 1 & 2, but the affection that follows in the whole of Op. 48 & 50 is enough to create both balance and a boisterous statement about humility, and I love that Sombart was thinking about detail to the extent she was when crafting this LP. There’s no halfway in Singing the Nocturnes, but instead a player who isn’t willing to hold back with her passions, and it shows in the music she plays. Had I not been familiar with the composer, I would have assumed this to be an original impression of the classical music that came to influence every part of the popular narrative in 2022 and beyond, which is justifiably saying a lot all on its own.

There’s nothing wrong with listening to an album like this on shuffle, but personally I think there’s more to be gotten from the tracklist in listening to the arrangement of material as Sombart structured it here. Everything comes together in a tension-building fashion in Singing the Nocturnes, and although there are a couple of moments in which it sounds like this pianist is content to play out something simple rather than evolving its presence for the tastes of a new generation of classical fans, she never stands back from a bold movement in this album. Instead, I think this is just a preview of what her discography is going to contain from top to bottom, both now and in the future output she shares.

If this is on par with what we can expect to hear from Elizabeth Sombart in the future, you can believe now that this isn’t going to be the lone occasion on which her name is gracing the headlines of the indie media. She’s got such an intriguing attitude at the piano that it’s hard to hear something like Singing the Nocturnes without getting a real chill just from the melodic disposition of the keys, and while I tend to be a lot pickier when it comes to classical music than I am other genres and styles, this is probably one of the easiest listens I’ve picked up in the last couple of months. Sombart hits the mark and then some, and I’m sure you’ll agree when listening to Singing the Nocturnes.